What Happens If A Prime Minister Dies in Office? Dr Robert Saunders

The COVID-19 pandemic has exposed a new problem in our constitutional arrangements. How would we replace a prime minister during a national emergency? 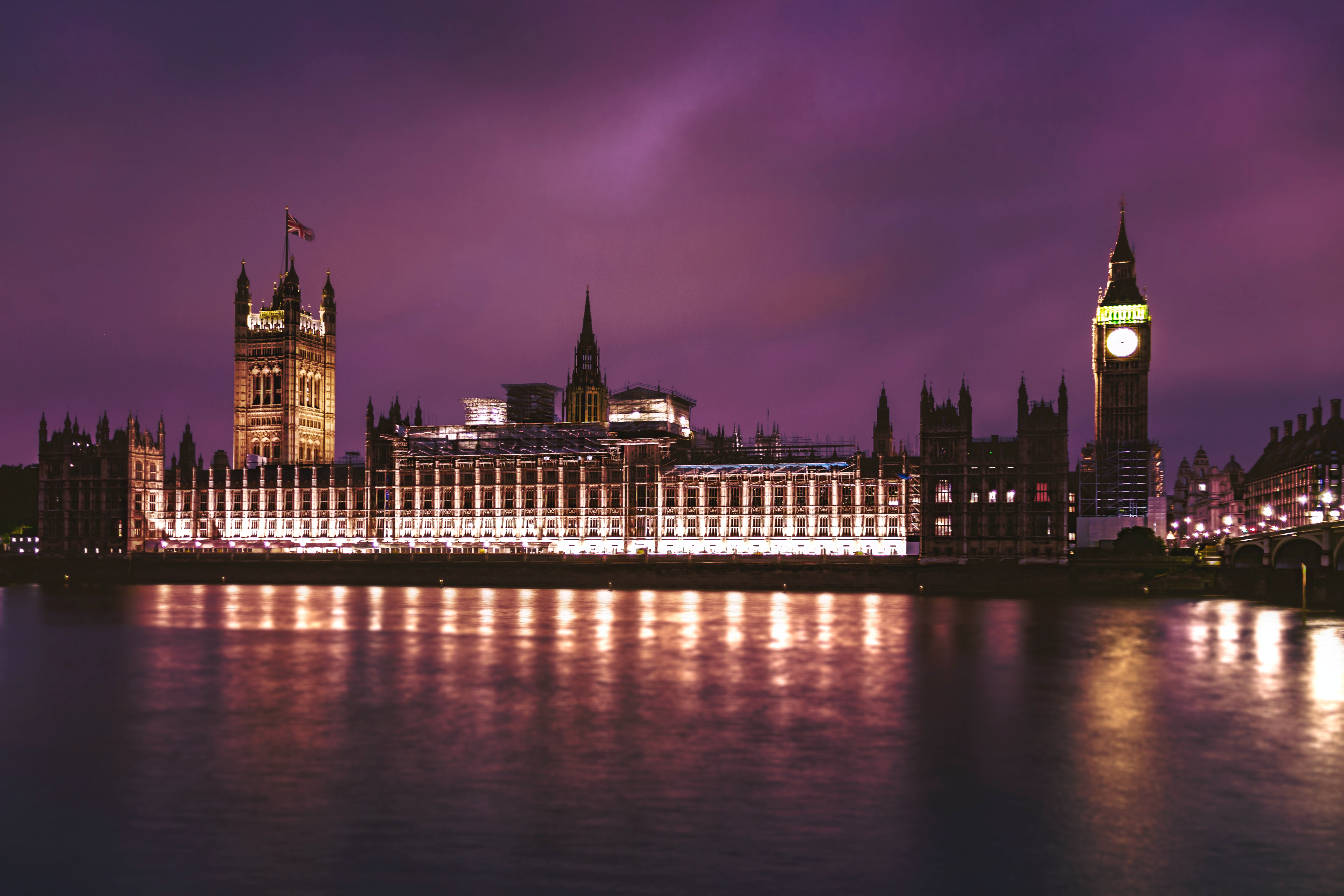 Photo by Deniz Fuchidzhiev on Unsplash

Less than a month ago, Britain's prime minister was in an Intensive Care bed, infected with a virus that has killed more than 28,000 people in the UK since March. Now that Boris Johnson has returned to work, it no longer seems ghoulish to ask what might have happened had he died. The pandemic has exposed a new problem in our constitutional arrangements, which we would be wise to address before it recurs. How would we replace a prime minister during a national emergency?

As a rather choleric gentleman on twitter was kind enough to remind me, prime ministers have died in office before. Yet the last to do so was Lord Palmerston in 1865: a time when the prime minister was chosen by the monarch, following informal “soundings” among party grandees. If Covid-19 has taught us anything, it is the importance of keeping our contingency plans up to date. As media commentary during Johnson’s illness made clear, there is currently no agreement on how a sudden vacancy should be filled. If we do not wish to pile a constitutional crisis on top of a future emergency, we should do some hard thinking now.

Historically, the constitutional situation was quite straightforward. The prime minister was not directly elected, but drew his or her mandate from the confidence of the House of Commons. When the need arose, Parliament could simply transfer its confidence from one person to another, vesting the new prime minister with exactly the same legitimacy as their predecessor. The process was both flexible and commonplace: since 1945, more than half of British prime ministers have taken office mid-term. Even the most unexpected vacancies could be swiftly filled. When Margaret Thatcher was decapitated by Geoffrey Howe in 1990, it took just six days for John Major to be elected in her place.

In theory, that model remains unchanged. A prime minister must command the confidence of Parliament, and the monarch must appoint the person best-placed to do that. In practice, however, both the culture of British politics and the appointment of party leaders have changed radically. Party leaders increasingly draw their mandate from outside Parliament, in a way that makes it harder to replace them at speed.

This is partly a result of institutional change. Over the last two decades, both main parties have transferred the power to appoint their leader from MPs to party members. In a constitutional “first”, Boris Johnson was placed in Number 10 last year by a vote of Conservative Party activists. In that instance, Johnson also won the poll of MPs, but this is not a requirement of either main party’s rules. On the contrary: in 2016 the Labour Party membership actively overruled parliamentarians, by restoring Jeremy Corbyn as party leader (and as Labour’s candidate for prime minister) after MPs had voted to remove him. A leader must now command the confidence of party members, not the confidence of Parliament, to secure the keys to high office.

The culure of British politics has also become increasingly presidential. Parties now fight highly personalised campaigns, inviting the public to vote for “Theresa May’s Conservatives” or to make “Jeremy” or "Boris" prime minister. General elections are preceded by televised “prime ministerial debates”, pitched as contests to decide “Britain’s next prime minister”. When Johnson’s life seemed at stake, many journalists reached instinctively for the language of presidential politics, talking of “designated survivors” and other half-remembered fragments from The West Wing.

Today, party leaders not only draw their authority from outside Parliament; they are willing to use that authority against Parliament. One of Boris Johnson’s first acts as prime minister was to try to close Parliament altogether: a public declaration that he could not be sure of its confidence and did not require it in order to govern. Theresa May appealed repeatedly over the heads of MPs to the wider public, whose will they were accused of obstructing.

Whether these developments are beneficial is a question for another day. But they raise significant problems for a sudden transition. If prime ministers draw their authority from Parliament, then Parliament can transfer that authority to someone else. But if their mandate comes from outside Parliament – whether from presidentialised election campaigns or from ballots of party members – it is less clear how Parliament alone can approve a successor, or transfer a mandate it did not bestow.

So what would happen during a national emergency? Put bluntly: if Boris Johnson had died, how would his successor have been chosen?

It would plainly be impossible to ballot the party membership in the middle of a national emergency, and a government could not simply suspend operations – as the Labour opposition effectively did – while a contest was taking place. So one option might be to appoint an ‘Interim Prime Minister’, who could hold the fort until a membership contest was possible. But how would she or he be chosen? How much authority would they have, when everyone knew they were a placeholder and when others were jockeying for position? At the very moment when a government was making decisions of life and death, its leadership would lack authority. A lame-duck premier might struggle to stay afloat in the stormy waters of a national crisis.

Perhaps a prime minister should name a deputy, who could step into their shoes? But what authority would they have, once the prime minister who appointed them had died? What if MPs – or the wider public – did not support the new prime minister?

Another option might be to institutionalise “running mates” in party elections. Candidates for the leadership could run on a ticket, with a nominated deputy who would share their personal mandate. Yet the candidates for such a post might not be drawn from the front rank of the party, as only those who did not rate their own leadership chances would be likely to stand.

Alternatively, we could revert at moments of crisis to an older system, by which MPs alone chose the leader. This happened de facto in 2016, when other candidates pulled out and allowed Theresa May to be elected unopposed. But what if other candidates refused to stand down? They might have different views on how best to tackle the emergency and feel a public duty not to concede. In the absence of formal rule changes, it could be difficult to prevent a really determined candidate from forcing a contest.

When I have raised these questions on social media, all these answers (and more) have been put forward. Most of those responding seem convinced, not only that their own answer is correct, but that it is universally shared; that the appropriate procedure is obvious and perhaps even written down somewhere in “the constitution”. Had the worst happened last month, some would have been surprised, to say the least, when their prescription was not followed. They might even have felt that something “unconstitutional” had occurred. This is not a scenario that an advanced democracy should contemplate lightly.

Decades of botchery and jerry-rigging, by politicians who understand the American constitution better than their own, have left Britain’s constitutional arrangements an incoherent mess. A quasi-presidential premiership has lost the flexibility of a parliamentary system, while evolving none of the institutions or protections of an actual presidency. If the tensions in that model are not to blow up in our faces, we may need more fundamental reform in future: either by building some of the safeguards of a presidential system, with shared mandates, clear rules of succession and a separation of powers, or by restoring to Parliament the powers it has lost.

In an interview with a Sunday newspaper, Boris Johnson indicated that contingency plans had been prepared for his death. If those plans included the succession, they should be published and debated in Parliament. Predictions are always rash, but two can be made with confidence: a prime minister will, at some point, die or be incapacitated while in office; and national crises will recur. One day, the two may even coincide. With the prime minister’s recent illness and recovery, we have been given a chance to be wise in time. We should use it well.