Re-elected as London mayor for a second term, what are the challenges that Sadiq Khan must address? What is his vision for the city’s future, and what kind of legacy does he want to bequeath? 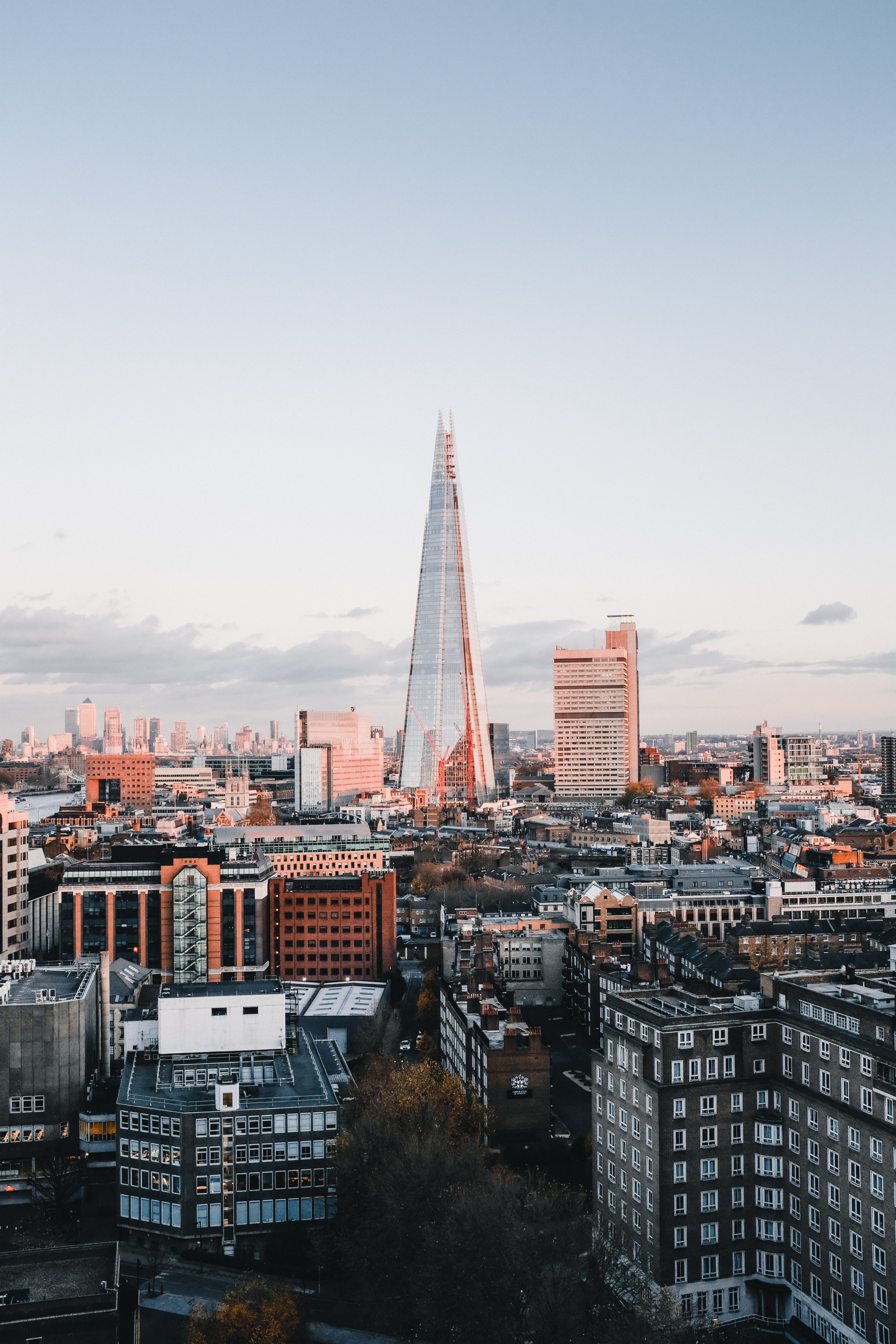 Image of a London scene, including The Shard.

By Aaron Gilmore on Unsplash.

The think-tank Centre for London has published an important study of ‘London Futures’ which looks afresh at the problems and opportunities facing the capital in the light of the global pandemic alongside pre-existing structural challenges. The review is organised around a fundamental question: what constitutes a good city?

The Centre for London’s report is timely, highlighting that it is thirty years since serious strategic thinking was done on where London should go in the future. The story since then has been of success on headline indicators of economic growth. But this begs the question - has growth been prioritised to the detriment of social cohesion and quality of life? Moreover, the impact of Covid-19 has been transformative. Pandemic aftershocks have the capacity to radically alter the economic and social landscape of London, although the impact will be asymmetric. Across London’s population and communities, there are winners and losers. Job losses and rent decreases have so far been concentrated in central London, while there is a ‘suburban recovery’ underway. New clusters of wealth are emerging alongside new pockets of inequality and entrenched deprivation. It is right to think of London as at a crossroads. This is an important moment to take stock.

The review looks at London’s future from six distinctive angles: London’s people, London’s economy, places and the environment, political institutions, London’s role in the world, and London’s relationship with the rest of the UK. It examines the structural forces likely to reshape the capital in the future: Covid-19 recovery alongside climate change, the impact of disruptive technologies, the growth of nationalism and populism, the continuing rise of Asia, alongside an ageing population.

Inevitably, a scene-setting report can only cover so much ground. What is of greatest relevance to the mayor as he ponders his second term plans? The first issue is jobs, skills and productivity. The effective vaccine roll-out and strength of the bounce back in consumer spending have encouraged a benign outlook for the London economy; forecasts are being revised upwards. Yet it is clear that Covid-19 created many losers. Job-intensive sectors have been hit badly. The recession is creating permanent scarring effects, especially for young people. Moreover, as government support is unwound, there could well be a serious economic crisis, accompanied by an asset price crash.

Traditionally, London was conceived as an integrated economy and labour market with strong internal labour mobility. The aim of public policy was to focus on equipping individual workers with skills and human capital to meet the rising demand for flexible labour. But should there be a greater emphasis in the future on the economic revival of places, alongside upskilling workers, especially in the outer ring of London? A key source of future job growth will be advancing the foundational ‘everyday’ economy centred on expanding public and domestic services, where the GLA and mayor have a critical role to play alongside London boroughs.

The importance of the ‘everyday’ economy is linked to the ageing of London’s population. Mega-cities are frequently depicted as liberal, cosmopolitan – and young. Yet the demographic profile of London is changing rapidly, and the city is getting progressively older. The proportion of people over the age of 65 is rising three times faster than those under 16. Many older people have pre-existing chronic health conditions. The implications of an ageing society will be significant, not least for the resilience of the capital’s health and social care system which has come under significant pressure. London as a city will need to become more productive given the growing demand for public services. A London-wide ‘strategic body’ may be necessary to coordinate health and social care, alongside targeted funding to improve primary care in the aftermath of Covid-19, particularly in the most deprived boroughs.

Politically, the mayor should be concerned about the juxtaposition between rising pressures on services, growing levels of inequality, and the capital’s reputation among national policymakers. London is invariably thought of as a rich and wealthy city, yet it is deeply divided. Some of the poorest places in the UK are located here. 43 per cent of London children live in poverty. Covid-19 highlighted the link between deprivation, ill health and ethnicity which is felt acutely in East London. A report for Public Health England (PHE) last year found that ‘People of Bangladeshi ethnicity had around twice the risk of death when compared to people of White British ethnicity. People of Chinese, Indian, Pakistani, Other Asian, Caribbean and Other Black ethnicity had between 10 and 50 per cent higher risk of death when compared to White British’. The rising quality of state education in the capital helped to break the link between poverty and attainment in the late 1990s, but for how long will that progress be sustained?

Since the 2016 Brexit referendum, London has been out of favour with the political class, perceived as too powerful economically and too liberal. The story that the wealth of London would ‘trickle down’ and help the rest of the UK has been discredited. The growth of anti-London sentiment in public opinion is striking. Resources are being directed towards ‘left behind’ communities in the North of England and the Midlands, notably through the Towns fund. Meanwhile, the most deprived boroughs in London are losing out, even though they have more households in poverty than anywhere else in the UK. It is unclear whether ‘levelling up’ the North of England means deliberately ‘levelling down’ London and the South East. It is undeniable that London needs to find a fresh narrative as the basis for dialogue with policymakers.

Another challenge for the mayor relates to citizen engagement. ‘London at a Crossroads’ points out that since the 1990s, new political institutions have been created to strengthen the governance of the city. Yet while London’s representative democracy is stronger, deliberative democracy and citizen participation have not yet reached their potential. A deliberative approach within communities is increasingly important given the contentious issues that are emerging, including adaptations of the transport system and efforts to curb car use. Among the most significant is the introduction of Low Traffic Neighbourhoods (LTNs). A majority of Londoners support LTNs (not surprisingly, given most households do not own a car). Yet polling undertaken for the Mile End Institute demonstrates there is a striking cultural and class divide. Indeed, our research revealed that 2016 Brexit referendum voting was a predictor of support and opposition to LTNs: ‘leavers’ generally opposed LTNs while ‘remainers’ were more likely to support them.

Other contentious issues are likely to emerge given the impact of Covid-19, notably how to plug the gap in Transport for London (TFL)’s finances while addressing the loss of commuter rail revenue. Public safety is another source of disagreement. Many Londoners want ‘tougher’ action to combat crime and anti-social behaviour; others worry about the introduction of punitive measures and the failure to reform the Met given the impact of ‘stop and search’ on BAME communities.

It is clear the capital requires an approach to policymaking that can bridge new divides on contentious policy issues. The ‘London at a Crossroads’ report is a welcome opportunity to take stock, mapping out a future vision for the capital at a time of unprecedented political, economic and social change.