The fiasco over A-Level results has only deepened the suffering of a university sector mired in market-driven chaos. 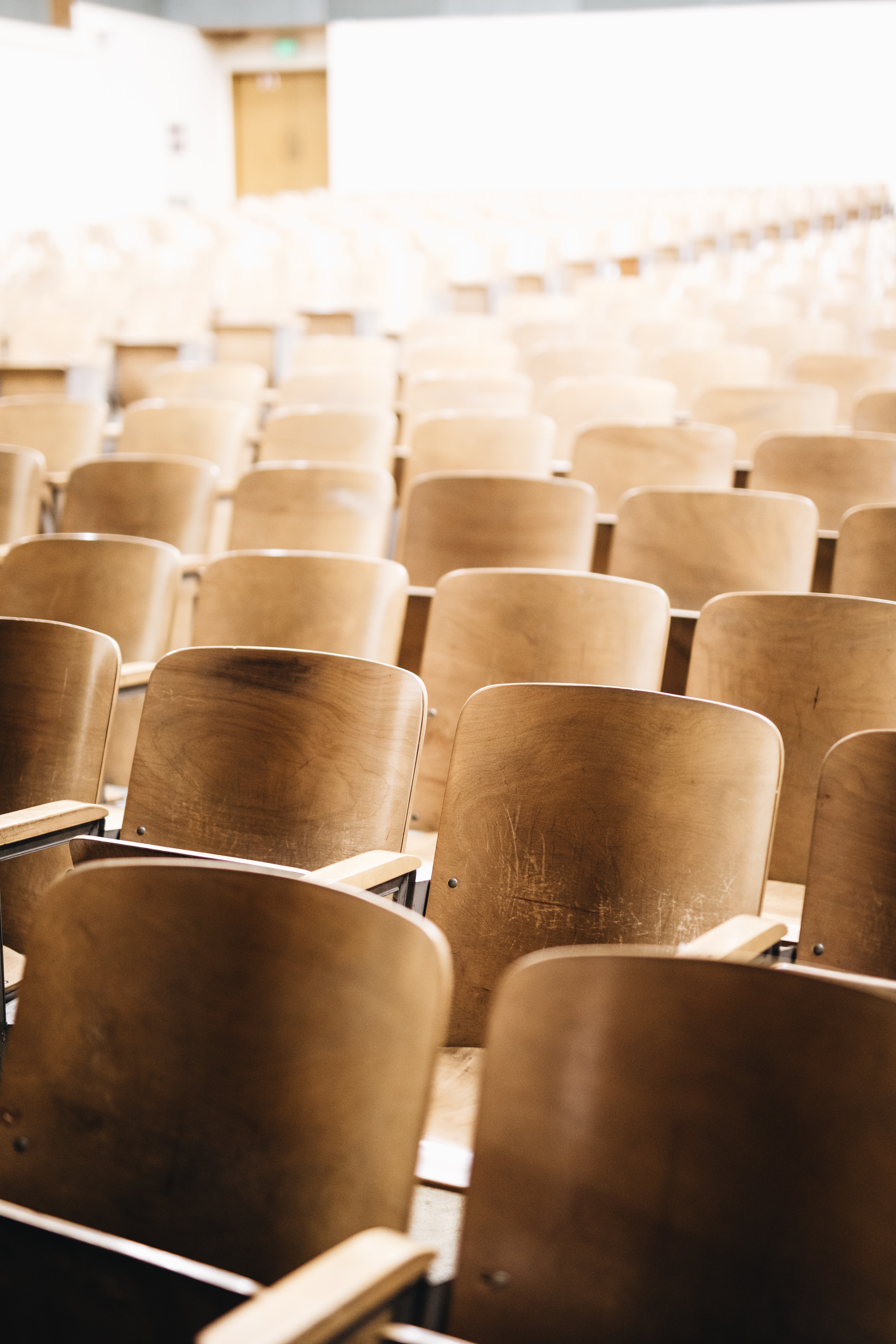 Photograph of a lecture theatre

Photo by Nathan Dumlao on Unsplash

Analysis suggests that, thanks to the U-turn on predicted grades, as many as 100,000 students could now meet the entry requirements for their first-choice university. The usual figure is 40,000.

Universities simply cannot accommodate this many additional students. Indeed, they cannot actually accommodate – physically or in terms of teaching staff – their existing students under social distancing regulations, which is why all teaching is being shifted online for 2020/21. And yet, universities feel not only morally obliged, but perhaps also legally mandated, to try to do so.

A situation that would be nightmarish under any circumstances is rendered positively diabolical by the pre-existing crisis in universities, which this fiasco merely compounds. As outlined in a report for the think tank Cieo last week, this crisis has been caused by the implosion of the market created in higher education since 2011. Before 2011, the government regulated how many students each university could recruit, thereby spreading the intake across a broad range of institutions. The lifting of the student numbers cap, combined with £9,000 fees and the slashing of government teaching grants, has encouraged every university able to do so to expand.

Accordingly, students have been stuffed to the rafters while vice-chancellors recklessly issued bonds and took out loans to finance shiny new buildings and overseas campuses. Those that could turned to the lucrative international student market, exploiting their global 'brand' or simply trading on Britain’s reputation to vend credentials to middle-class youngsters from emerging markets.

Standards have been lowered and grades inflated to bump institutions up league tables and keep student-consumers happy. As universities competed ferociously for the student pound, middling institutions found their students poached by more prestigious universities – and so, in turn, they preyed upon their weaker rivals. Thus, from 2010 to 2019, UCL embarked on a £2 billion construction spree, growing from 24,000 to nearly 44,000 students; Soas fought merely to stand still; and London Met lost some 6,000 students.

Well before the coronavirus pandemic hit, this insane system was imploding. By 2018/19, a full quarter of universities were in financial deficit, with several announcing large-scale redundancies. Covid-19 merely accelerated the crisis. With overseas students anticipated to stay home in large numbers, compounded by a demographic dip in the number of British 18-year-olds, universities are confronting a possible combined deficit of around £2.8 billion. 30,000 jobs are at risk, with thousands of casualised lecturers already cruelly disposed of. Those most exposed to the international student market include some of our most renowned universities, like Imperial and the LSE. Others, like Soas, being small specialist institutions, are also in deep trouble. Many universities are unable even to draw on their reserves to tide themselves over, as covenants with lenders forbid this – forcing them to sack lecturers instead.

The A-Levels fiasco simply compounds this existential crisis. The market regulator, the so-called Office for Students, rightly anticipated that the most competitive institutions would offset their Covid-19 losses by expanding UK recruitment, setting off a chain reaction that would plunge many universities into bankruptcy. The OfS therefore imposed a temporary recruitment cap, limiting student numbers to 5 per cent above the 2019/20 intake. This was a belated recognition of the chaos caused by vicious competition among universities, but it was at least something.

Now, to cover its own errors, the government has abolished that cap, allowing a free-for-all in the name of social justice. The top institutions will be allowed to cram in students while everyone else fights for the scraps. Many fine departments, full of dedicated teachers and accomplished researchers, are now facing financial ruin. The IFS’s forecast that 13 universities could go totally bankrupt must surely now be revised upwards.

Clearly, then, UK higher education was in deep trouble long before the government decided to outsource the fate of 18-year-olds to a group of technocrats clearly lacking in technical ability. The crisis is an inevitable consequence of marketising higher education, forcing universities to behave like businesses and elevating a ruthless and frequently thuggish managerial elite who care about nothing beyond the bottom line.

Radical reforms are now more pressing than ever. The government must intervene to save Britain’s universities from a crisis made in Whitehall – not simply in the last week, but over the last three decades, by governments of all political parties: Labour, Conservative and Liberal Democrat. It is time for ministers to admit that funnelling half of young people into universities, then unleashing market chaos, has been a disastrous and failed experiment. In the short term, large-scale financial aid is required to avert disaster in many universities. In the longer term, we must de-marketise higher education, re-embedding it within regional and industrial policy-making, and funding education as a public good, permitting rational, long-term planning. The alternative – even more market chaos – will only serve to further destroy a university system that was once the envy of the world.

Dr Lee Jones is a reader in international politics at Queen Mary University of London.

This article was originally published by The Spectator.