Taking Back Control: Why the House of Commons Should Govern Its Own Time – Professor Meg Russell and Dr Daniel Gover

Various high-profile tensions between parliament and government – including over Brexit and COVID-19 – have focused on what the House of Commons can discuss and when. In a major new report, Meg Russell and Daniel Gover highlight the problems that result from the government’s default control over the Commons agenda, and make proposals for reform.

They argue that the fundamental principle guiding House of Commons functioning should be majority decision-making, not government control. 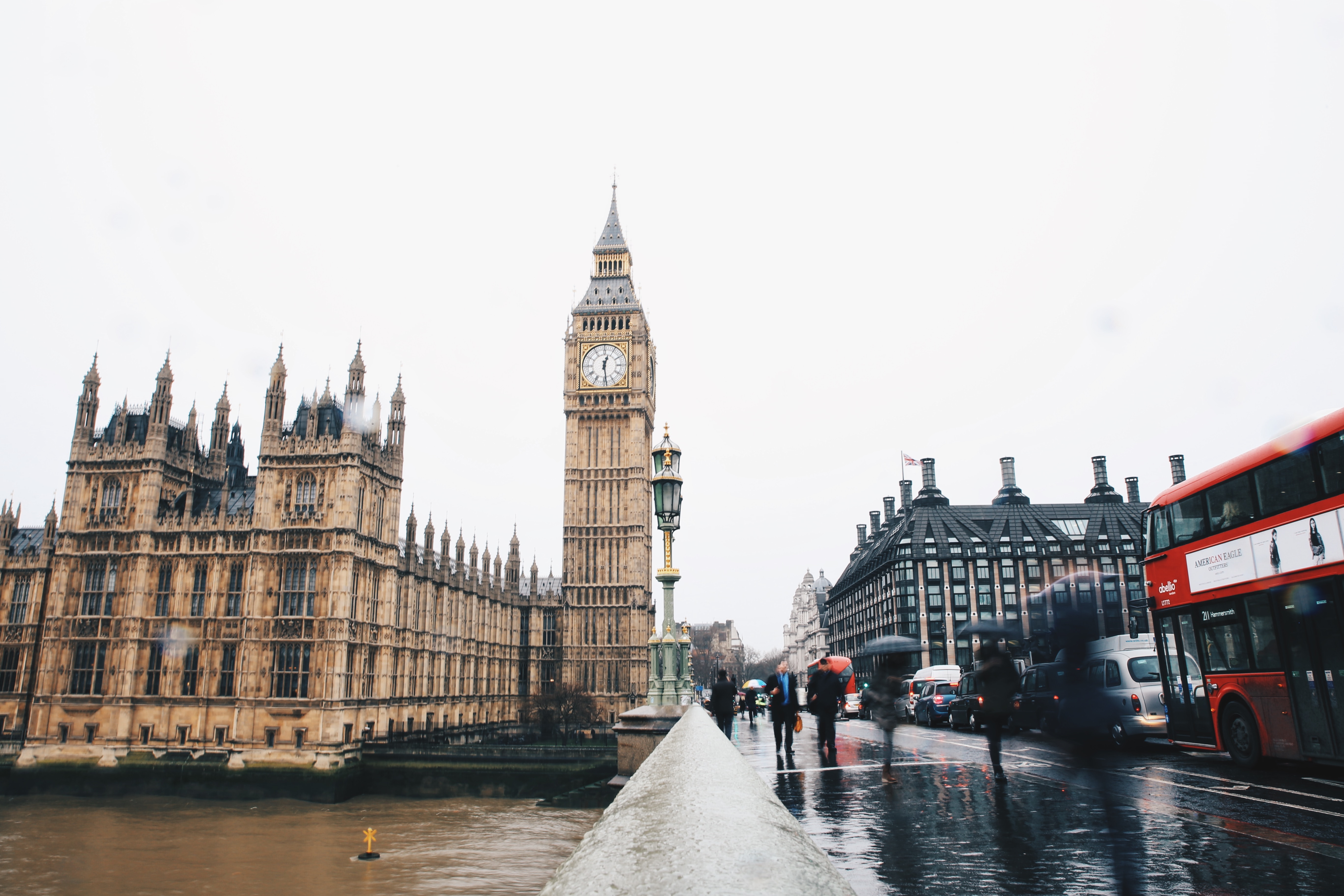 The Houses of Parliament at Westminster.

The last few years have been turbulent ones in the House of Commons. First over Brexit, then over COVID-19, tensions between government and parliament have sometimes run exceptionally high. This was perhaps predictable during 2017-19 under minority government, but has remained the case subsequently despite Boris Johnson’s 80-seat Commons majority.

A common theme throughout this period – as highlighted in a major new report, published today – has been frustration about the extent to which the government decides what MPs can discuss and when. Brexit saw headlines about MPs ‘seizing control’ of the Commons agenda (some suggesting that this marked the ‘end of politics as we know it’), followed by worldwide media attention on the government’s attempt to prorogue parliament (ultimately overturned by the Supreme Court). During the COVID-19 pandemic, complaints have focused on parliament’s limited opportunities to scrutinise ‘lockdown’ restrictions, and ministers’ resistance to MPs’ ability to participate in the Commons virtually. On all of these matters, MPs have struggled to secure debates on their own priorities at key moments – despite the Commons’ status as the senior chamber in a supposedly ‘sovereign’ parliament. Even when lacking a Commons majority, ministers have generally been able to exercise agenda control.

Controversies about government control of the House of Commons are nothing new. At one level, they are part of a tussle for dominance that dates back centuries. In more recent times, they were a key focus of the Select Committee on the Reform of the House of Commons (generally referred to as the ‘Wright Committee’) which reported in 2009. It recognised ‘a feeling that the House of Commons, as a representative and democratic institution, needs to wrest control back over its own decisions’, and made a series of recommendations to achieve this. Some – including the election of select committee members and chairs, and establishment of the Backbench Business Committee – were implemented. But others were not. The failure to resolve these issues helped fuel the tensions of recent years.

The agenda: who decides what the House of Commons can discuss

In international terms, the agenda of the House of Commons is recognised as unusually executive-dominated. The principal source is Standing Order No. 14 (traceable in its current form to 1902), the opening words of which are that, ‘Save as provided in this order, government business shall have precedence at every sitting’.

The standard forum for discussing the Commons agenda is the ‘Business of the House’ session each Thursday. Here the Leader of the House of Commons (currently Jacob Rees-Mogg) announces the business for the coming week. MPs can ask questions and raise objections, but have no ability to change what is proposed.

Specific exceptions do exist to the government control in Standing Order No. 14, including ‘opposition days’ and (post-Wright) backbench business – each allocated a certain number of days per parliamentary session. But there are two fundamental problems with this. First, some sessions are far longer than others – the 2017-19 session ran for more than two years – and yet no increase in non-government time is guaranteed. Second, ministers decide when non-government business will be scheduled, and can readily withhold it to avoid awkward debates.

Hence over Brexit, despite widespread demands from MPs – including the relevant select committee, the government repeatedly failed to facilitate ‘indicative votes’ on the options once Theresa May’s deal had been heavily defeated. The government withheld opposition time for an entire five-month period at the crucial moment, preventing others making alternative proposals. This drove MPs to ‘seize control’ of the agenda by temporarily setting aside Standing Order No. 14. While the indicative votes ultimately proved inconclusive, this outcome could have been reached earlier – and with a good deal less acrimony and damaging headlines about parliament – had agenda time been more readily available to MPs.

During the COVID-19 crisis, the House of Commons Procedure Committee has repeatedly argued that MPs unable to travel to Westminster should be able to fully participate in parliamentary proceedings virtually. Ministers have responded by consistently blocking these matters from getting onto the agenda, with MPs again denied the opportunity to decide for themselves. On lockdown restrictions, it took a significant rebellion led by the chair of the backbench Conservative 1922 Committee (which potentially could have defeated the renewal of the Coronavirus Act) finally to force a government commitment that new restrictions would be debated and voted upon.

Meetings: who decides when House of Commons can sit

A similar pattern is seen on the even more basic question of when MPs are allowed to meet. It is ministers that propose the ‘recess’ dates for the House of Commons, in a ‘take it or leave it’ motion which MPs can neither debate nor amend. The arrangements for prorogation are even starker: here the Prime Minister makes a recommendation to the Queen with no parliamentary involvement at all. In response to the attempted prorogation of autumn 2019, MPs (led by the SNP’s Joanna Cherry) were driven to seeking redress through the courts. This again fed significant acrimony and media assaults on both parliament and judges.

Once the Commons has gone into recess, MPs are likewise powerless to achieve a recall – which (under Standing Order No. 13) must be requested by a minister. There are numerous cases over recent years of MPs pressing for recall on important matters, and there have been various proposals for reform. Most recently, many Conservative backbenchers, and others, expressed frustration that the Christmas lockdown measures were radically changed only after parliament had entered recess. Despite entreaties to ministers, MPs were powerless to engineer recall – leading to the perverse outcome that MPs were unable to scrutinise legal restrictions to Christmas gatherings until after Christmas had passed. Yet when the government wanted to recall MPs the week after Christmas – principally to pass its Brexit deal legislation – this happened.

Again, as these examples demonstrate, MPs lack the most basic control over their own institution.

What is to be done?

Our report, published today, includes 20 conclusions and recommendations for change. Some of the proposals are straightforward, and could be implemented relatively easily. For example, the exceptions in Standing Order No. 14 for opposition and backbench business should be reframed as a fortnightly or monthly allowance, providing fairness in longer sessions and ending the potential for government manipulation. Motions setting recess dates should be debatable and amendable by MPs. Prorogation should require parliamentary approval – the government’s planned bill to amend the Fixed-term Parliaments Act could provide a ready vehicle for this.

Other changes are more fundamental, and require careful consideration. The key recommendation from the Wright Committee which was never implemented, but could have avoided many recent problems, was that the weekly Business of the House session should consider a weekly agenda that MPs must approve, and can potentially amend. Overall, more than a decade on from the Wright Committee’s proposals, we argue that it is time for a wide-ranging fresh review of government control of House of Commons business – to be conducted by the Procedure Committee, or by a new ad hoc body, perhaps under the auspices of the Commons Speaker.

At present, House of Commons rules too often explicitly privilege the government rather than privileging the parliamentary majority. But, as recent events have shown very starkly, these two will not always be the same thing. The central argument in our report is that the fundamental principle guiding House of Commons functioning should be majority decision-making – not government control.

This blog is a summary of the analysis and arguments of the Constitution Unit’s latest report, Taking Back Control: Why the House of Commons Should Govern its Own Time, which can be downloaded here.

Professor Meg Russell FBA  is a Professor of British and Comparative Politics and Director of the Constitution Unit at UCL.

Dr Daniel Gover is a Lecturer in British Politics at Queen Mary University of London.

This piece was originally published by The Constitution Unit at UCL.