The UK has passed the terrible milestone of 100,000 deaths with COVID-19. These losses have not been evenly spread throughout different communities. A disproportionate number of both severe cases and deaths have been among those from Black, Asian, and minority ethnic (BAME) backgrounds. 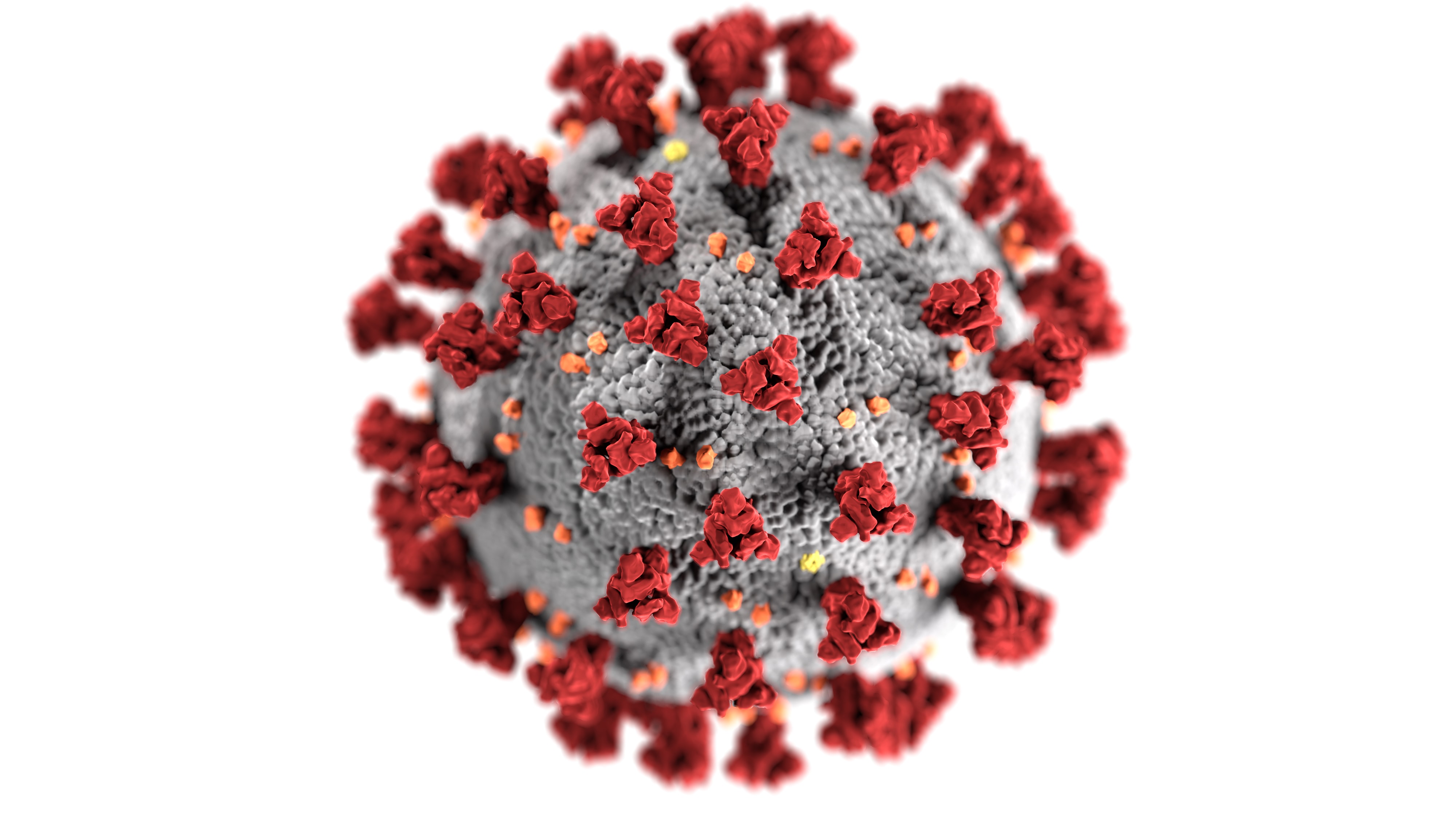 In England, analyses of data from the Office of National Statistics and National Health Service has revealed 2.5-fold to 4.3-fold greater COVID-19 mortality rates across a range of Black and South Asian ethnic groups compared with white groups.

As doctors working on the frontline of COVID-19 care, we wanted to understand the driving factors behind the differences in outcomes between ethnic groups within our community of East London, which was at the epicentre of the pandemic during the first wave. Our study included all of the 1,737 COVID-19 patients who were admitted to the five hospitals within Barts Health NHS Trust between January 1 and May 13 2020.

This is one of the largest and most diverse groups of COVID-19 patients in the UK, representing a majority BAME population – only 35.2% of the patients we surveyed identified as white.

In contrast to many previous studies examining ethnicity and COVID-19 outcomes, we were also able to address how a range of factors including social and economic background, previous underlying conditions, lifestyle and demographic factors contributed to how patients fared.

A greater toll on Black and Asian patients

In our sample, patients from Black, Asian and other minority ethnic backgrounds were significantly younger and less frail when they were admitted to hospital than white patients.

This graph shows predicted survival of Asian, Black and white ethnic groups to 30 days following hospital admission for a male patient aged 65. Probability of survival reduces as time passes but there are significant differences between Asian and Black compared to white patients, and these differences also increase over time. 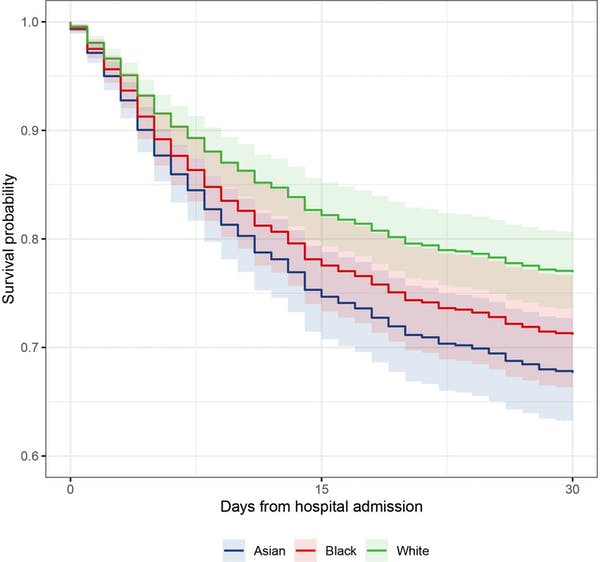 When we accounted for the role of underlying health conditions, lifestyle, and demographic factors, the risk of death in Black and Asian populations did not drop to the same rates as white patients.

In our cohort, all ethnic groups experienced high levels of deprivation, however, worse deprivation was not associated with higher likelihood of mortality. This suggests ethnicity may affect outcomes independent of purely geographical and socioeconomic factors.

The risk factors associated with worse underlying health status are likely to be linked with wider social factors such as poor living conditions, being employed as a key worker and even language barriers that may get in the way of people adopting preventative measures to avoid getting sick. Structural racism also plays a role in generating and reinforcing inequities and must be acknowledged and addressed.

Although our study had a large number of patients, it was not possible to assess a more detailed ethnicity breakdown and so may not reflect the vast diversity that exists within ethnic categories (such as Bangladeshi, Pakistani, black African or black Caribbean). Future studies should focus on exposing specific inequalities that may exist between these sub-ethnic categories.

Similarly, we need bigger sample sizes to contextualise a number of potential factors including household composition, environmental concerns and occupation.

A history of inequality

Although COVID-19 has placed ethnic inequalities in health outcomes in sharp focus, these differences have been widely documented for decades.

In another study, we are working directly with local residents in East London to understand their experiences both before and during the pandemic, so we can begin to find solutions together.

As the impact of COVID-19 persists, we continue to see significant numbers of Black, Asian, and minority ethnic patients admitted to our hospitals. The aftermath of this is yet to seen in its entirety as, in addition to the high rates of premature death suffered among these population groups, these frequently working-age patients will often leave hospital with long-term chronic health conditions, returning home with a greatly reduced quality of life.

We must respond now to the ethnic disparities that have been highlighted by the COVID-19 pandemic if we want to prevent them being inflicted on future generations.

Dr Vanessa Apea is a Consultant Physician in Sexual Health and HIV Medicine at Queen Mary University of London.