A time traveller arriving from July 2019, interested in seeing how politics has moved on, and what progress had been made with Brexit, might be forgiven, at first blush, for thinking nothing at all had changed. ‘Britain close to abandoning hope of Brexit trade deal’, declared the Daily Telegraph this week. Déjà vu all over again. 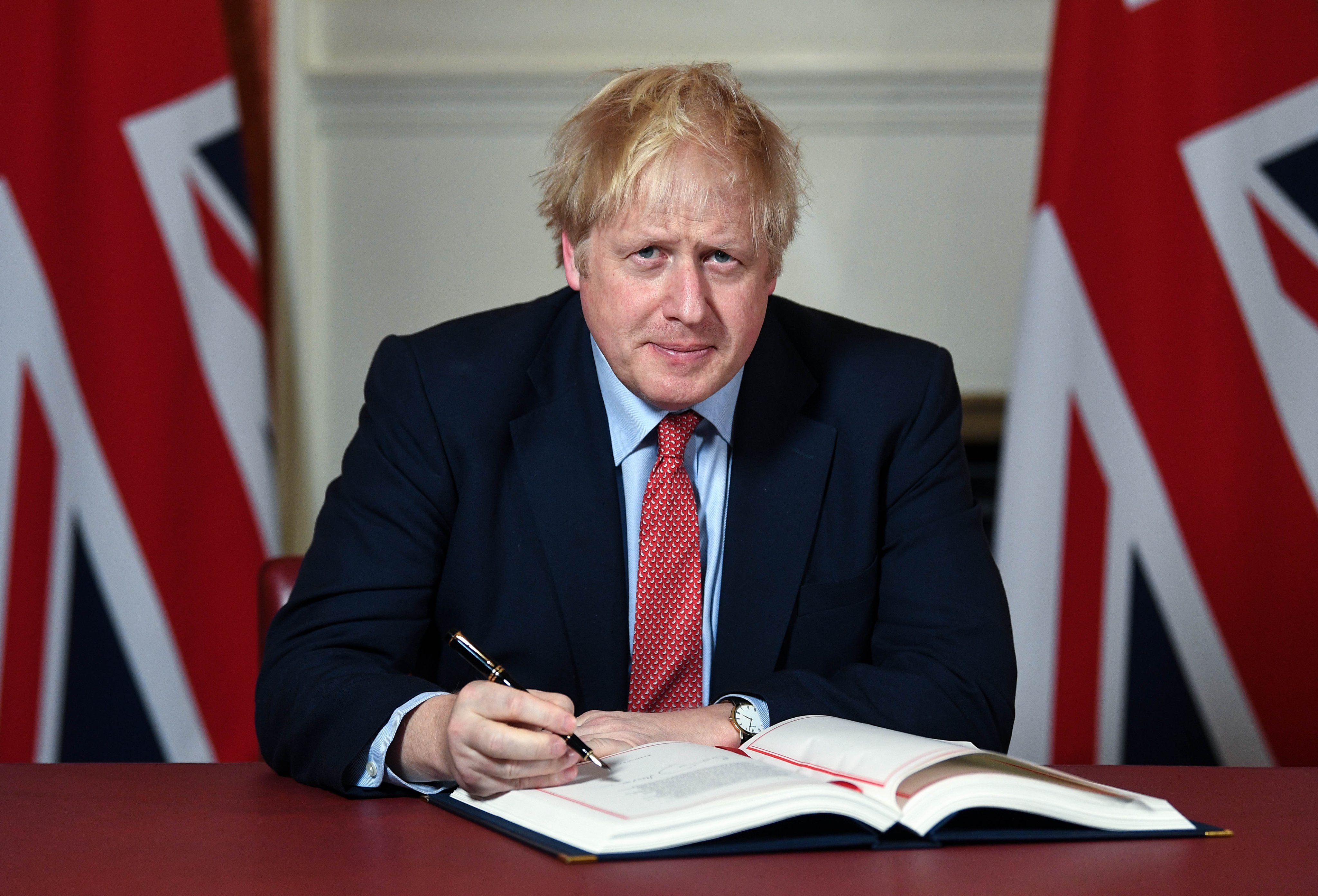 Photograph of Prime Minister Boris Johnson signing the Withdrawal Agreement for the UK to leave the EU on January 31st.

Yet on closer inspection, our esteemed traveller would realise that not everything was as it was before. The headline in question, for one thing, has slipped from the top to the bottom of the front page. The Covid-19 pandemic has made Brexit a second order issue. Meanwhile, across the Channel, its relative importance has slipped still further.

And, of course, the details have changed. A year ago, the big question was whether the UK would leave the EU or not. On 31 January this year, British membership came to an end. In this narrow – yet hugely important – sense, the Prime Minister has indeed delivered. Deal or no deal, the outcome of the referendum has been honoured.

One year on from Boris Johnson taking over, Brexit feels done. It isn’t, of course. But if there’s one thing we’ve learned from the past year it’s that overall appearance matters every bit as much as, if not more than, the boring details.

There is, however, some residue from what was said and done last year from which Boris Johnson cannot escape.

Standing outside Number Ten a year ago, our new Prime Minister declared that he was ‘convinced that we can do a deal without checks at the Irish border, because we refuse under any circumstances to have such checks.’ Some weeks ago, the Government announced that such checks will be necessary after all. Plenty of people in Northern Ireland and perhaps a number of unionists on this side of the Irish Sea will be less than impressed when the reality clearly and unambiguously contradicts the confident rhetoric.

More generally, the Prime Minister’s much vaunted deal with the EU has not proven to be as ‘oven ready’ as some were led to believe. As we write, negotiations on a trade deal have stalled, with EU insistence that the UK sign up to ‘level playing field’ conditions running headlong into London’s desire to regain regulatory autonomy. And, of course, there’s fish.

Here, history might provide us with something of a guide. After all, we know the script pretty well by now. The British Government talks up the gap between the two sides. It declares that it is perfectly willing to walk away. The odds against no deal tumble. And then, like magic - like last autumn in fact - the Prime Minster steps in. An injection of personal political capital is sold as opening space for a deal.

Once again, the headline will matter far more than the text below it. The fiddly details of what has been agreed will not detain most people for very long just as, last year, the Prime Minister was hailed for signing a deal that Theresa May had rejected – and one that, if truth be told, the EU much preferred.

Of course, things don’t always go according to the script. Because Brexit is no longer a priority, the negotiations might suffer from the absence of the kind of sustained intervention from political principals that a successful resolution will require. If Europe sees a second COVID spike, then it is an open question as to whether Brexit will get much attention at all. The ticking clock, and the absence of any obvious way to extend transition beyond the end of this year, suggest that the 31 December deadline is a real one.

What, then, of the future? In his first blogpost following his campaign to leave the EU four years ago, Dominic Cummings declared that ‘Taking back control to Britain is just the first step. The next step should be major political changes in Britain so that the broken Westminster and Whitehall system has to focus on the public interest in a way it does not now’.

Mr Cummings has always had an interest in structures and processes. We have seen over the last twelve months that this administration is willing to test existing institutions almost to breaking point. Parliament was the focus of his ire last autumn. Prorogation triggered an intervention from the Supreme Court which in turn generated what some see as a menacing (albeit unspecified) promise of future judicial reform in the Conservative manifesto.

And the civil service seems set to be next in line. The tension between Number 10 and civil servants has already seen changes of Permanent Secretary at four departments and the loss of a Cabinet Secretary. Moreover, both Mr Cummings and his erstwhile boss Michael Gove have promised significant reforms to come.

Yet this is precisely the kind of detail the wider public tend not to worry about. When it comes to electoral politics, it is delivery, not structures, that matters. Indeed, this was implicit in a referendum campaign that implied things would be better for people if the UK could only shake off the shackles of Brussels. Taking back control, in other words, wasn’t merely about symbols; it was about substance.

All of which points to the fact that Boris Johnson’s sternest challenges still await him. Delivering Brexit was one thing, but delivering on the opportunities he argued it would afford, not least in the context of a feared post-COVID recession, is something else entirely. At that point – the point of delivery rather than the point of sale, if you like –  people might begin to worry more about the detail as it starts to impact on their daily lives. We know the Prime Minister can talk a good game; but soon – perhaps sooner than many imagine – simply talking a good game may no longer be enough.

Professor Anand Menon is the Director of the UK in a Changing Europe and a Professor of European Politics and Foreign Affairs at Kings College London.

Dr Alan Wager is a Research Associate at the UK in a Changing Europe initiative at King's College London.