Why has Britain fared so poorly with Covid-19? Although blaming this or that minister or official offers an easy answer, the deeper causes lie in the transformation of the British state. 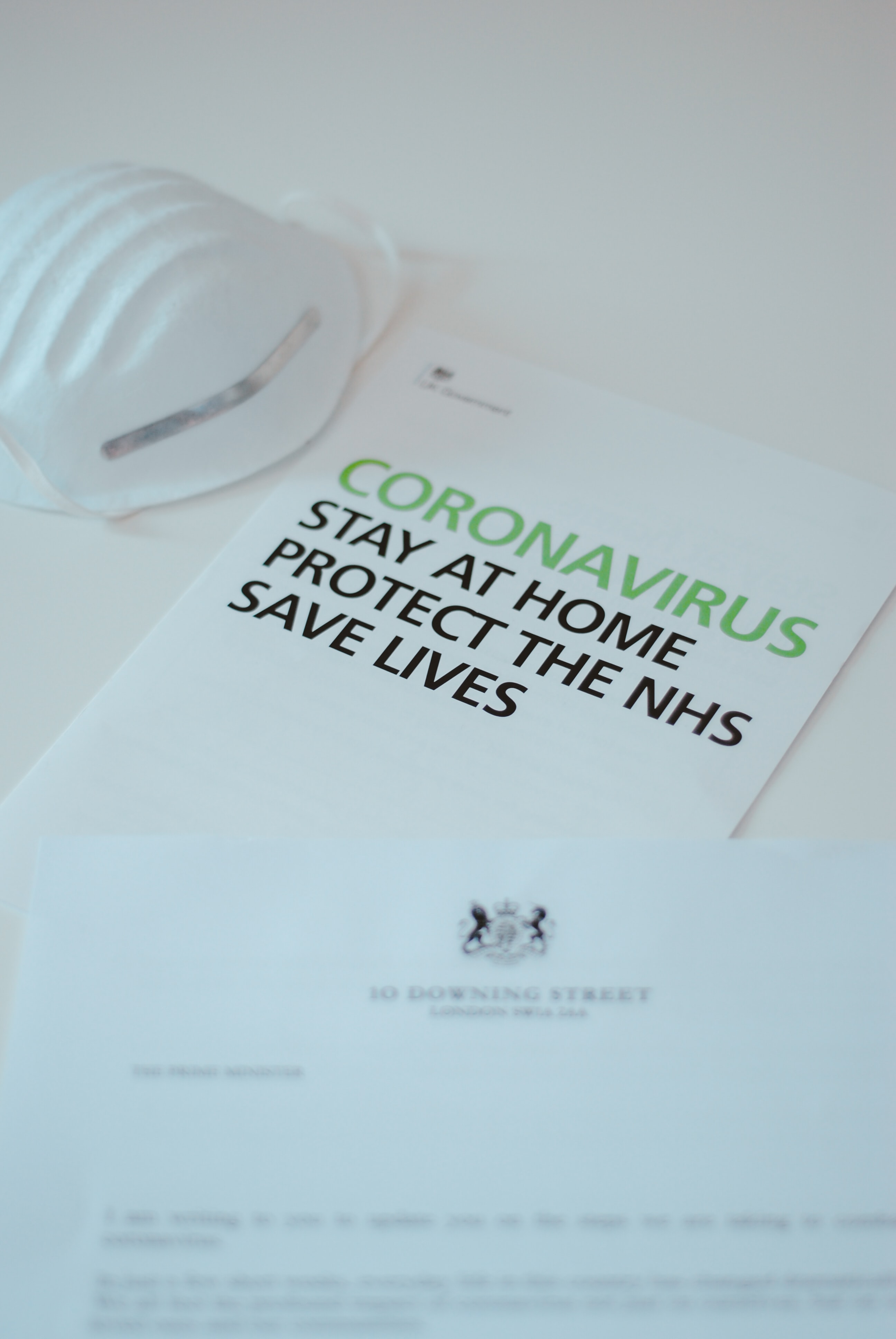 Image of the letter that every household in the UK received from the Prime Minister, Boris Johnson, during the coronavirus pandemic in the UK.

Britain inherited from World War II a “command and control” state; a state that could govern. Whitehall was well-practised in strategic planning, good at the rapid and efficient mobilisation of resources and people, and it regularly took authoritative, direct action to meet society’s needs.

Back then, the state could deliver what democratically elected politicians asked of it – to build the NHS, for instance – because it retained the powers, people and resources to do so.

Today, after 40 years of reform, the “command and control” state has been replaced by a “regulatory state”. Decision-making has shifted from parliament to an archipelago of some 400 “arms-length” quangos, employing more than 278,000 people and costing £205 billion per year. Moreover, the state’s assets – its capacity to execute policy on its own accord – have been outsourced or rationalised.

As the regulatory state has grown, its ambition has shrunk. Politicians no longer offer grand visions of the future, just technocratic tweaks. Having dismantled or sold off the levers of power, they downplay public expectations, insisting there is no alternative.

The outsourcing of responsibility and decision-making is clear with respect to the NHS. After successive reforms under governments of all stripes, the Department for Health and Social Care no longer has operational control. Responsibility has been outsourced to dozens of quangos and local commissioners, operating within a fragmented internal market, with scant strategic oversight.

Britain’s pandemic preparations followed the same approach. The government’s latest strategy, issued in 2011, created no additional capacity to deal with an outbreak: no extra laboratories, no spare hospital beds, no new manufacturing centres to supply medical equipment, no new stockpiles of PPE. In true regulatory state style, it merely established bureaucratic guidelines that outsourced all the real work to local government, healthcare providers and others, gathered in “local resilience fora”.

Indeed, key capacities were actually undermined. While public health laboratories were first centralised and downsized under New Labour, the Conservative-LibDem government devolved public health responsibilities to local government, whose funding was then cut by £700 million from 2015 to 2019.

Years before Covid-19, the UK government tested the regulatory state to see if it could withstand a pandemic. It could not. In 2016, Exercise Cygnus “war gamed” a pandemic, finding that local agencies had not or could not develop the capacities and strategies needed.

Some organisations named in the 2011 pandemic strategy document no longer existed, while others had yet to develop any plans. Capacity in health and social care was rapidly overwhelmed in the simulation, with participants forced to ration treatment, discharge patients into care homes, dig mass graves, and turn desperately to the voluntary sector and armed forces.

The official report from the exercise concluded that Britain’s “plans, policies and capability” were “not sufficient to cope” with “a severe pandemic”. However, the report was stamped “official – sensitive” and put on a shelf to rot. It was only officially published in October 2020, following pressure from the Telegraph and other newspapers.

When Covid-19 finally hit, many were baffled by the government’s initially low-key, “business-as-usual” response, blaming Boris Johnson’s indecisiveness or the idiosyncratic views of advisors like Dominic Cummings. In fact, ministers were just following the agreed playbook and the diminished ambitions of Britain’s regulatory state.

The 2011 pandemic strategy stipulated it would “not be possible to halt the spread of a new pandemic… and it would be a waste of public health resources and capacity to attempt to do so”. Instead, the strategy prioritised “business as usual”, anticipating healthcare rationing and 210,000 to 315,000 excess deaths over a fifteen-week period. This plan, hatched by technocrats without democratic debate, could not survive contact with public opinion. No wonder the Cygnus report was buried.

Political failure was compounded by institutional failure, as the hollowed-out regulatory state all but collapsed. Test-and-tracing was abandoned on March 12, as the system could only conduct five tests per week. NHS surge planning, on which the 2011 strategy relied so heavily, led to the discharging of over 25,000 elderly patients into care homes by mid-April, seeding the virus directly into the most vulnerable part of the population. By May, more than half of England’s excess deaths had occurred in care homes.

Meanwhile, the outsourced NHS procurement system failed miserably, as private firms relying on “just-in-time” delivery faced surging demands and collapsing global supply chains. Even the pandemic PPE stockpile had been outsourced to a private company. Their warehouses lacked key equipment like gowns, and 45 per cent of their supplies had expired on the shelf. Resultant shortages were linked to over 8,000 cases and 126 deaths among health and social care workers.

The government’s panicked retreat into lockdown symbolises the failure of Britain’s regulatory state. In a desperate attempt to devise new policies and institutions, the government has had to rely on the very same management consultants and outsourcing firms that have eroded the state’s command and control capacities.

McKinsey was brought in to define the “vision, purpose and narrative” of a new NHS Test and Trace service, which was then staffed by over 2,300 consultants – outnumbering the civil servants at the Treasury and Department for Trade. Companies were given contracts to supply food to shielding households and school children, delivering small and sometimes barely edible portions. PA Consulting led the ill-fated “ventilator challenge”, delivering just four per cent of its target before the first wave peaked.

Deloitte, architects of the disastrous outsourcing of NHS procurement, were tasked with establishing new supply chains. As the National Audit Office found, the firm largely pushed aside domestic offers of help, instead spending hundreds of millions of pounds on overseas procurement. By July 2020, Britain had spent £12.5 billion on items that would have cost £2.5 billion in 2019, and may now be saddled with five years of surplus supplies.

Criticism of contracts awarded to “cronies” and itinerant middlemen, while justified, is a distraction from the bigger picture. The more disturbing conclusion is that the British state is so lacking in basic vision and leadership, its bureaucratic institutions are so divorced from meaningful delivery capacities that it cannot even provide security to its own citizens.

This is not a product of one government’s incompetence. It reflects deep-seated changes in the way state power is conceived and organised – by political parties of left and right, not just in Britain but in many other “advanced” economies. A system built around dispersing responsibility, accountability and control is, unsurprisingly, irresponsible, unaccountable, and not in control of its fate.

While Britain’s experience has been mirrored across the West, it stands in stark contrast to countries that have retained aspects of the post-war “command and control” state, including Taiwan, Japan and South Korea, and even developing countries like Vietnam. These states have not simply outsourced decision-making and delivery to quangos and private firms. They have retained and built their own public health capacity, centrally and locally, while exerting power over vital businesses, instead of becoming dependent upon them.

South Korea’s experience is particularly instructive. After experimenting with pro-market healthcare reforms, it had the world’s second-worst experience of Middle Eastern Respiratory Syndrome in 2015. Subsequently, it reversed these reforms. The government established the Korean Centre for Disease Control, with the resources and staffing needed to contain pandemics. It created a dedicated infectious diseases hospital, and funded isolation wards, laboratories and quarantine facilities nationwide. As part of its wider economic planning, the state also invested billions of dollars into biotech and healthcare development, protecting strategically important manufacturing and R&D capacity.

When Covid-19 struck, the state’s surveillance and containment institutions functioned well, limiting the number of cases to 75,000, with only 1,349 deaths so far. The state-backed biotech sector has also provided plentiful supplies of medical equipment and even new innovations in rapid testing and therapies, which are now being exported worldwide.

The experience of South Korea – a developing country as recently as the 1990s – should be deeply chastening. When Britain finally escapes this nightmare of rolling lockdowns, we must completely rethink how we organise the state. We need a democratic state that is prepared to exercise authority, mobilise resources, and be accountable for its decisions – not a failed array of quangos, management consultancies and outsourcing firms.

Lee Jones is Reader in International Politics at Queen Mary University of London.

This piece was originally published by The Telegraph.