How (Not) to Kill a Constitutional Convention: Theresa May’s Intervention in Syria, April 2018 – Dr James Strong

What makes conventions tricky is their consensual nature. Though many are written down, and some are called into being through declarations, most exist only to the extent they are in fact observed. 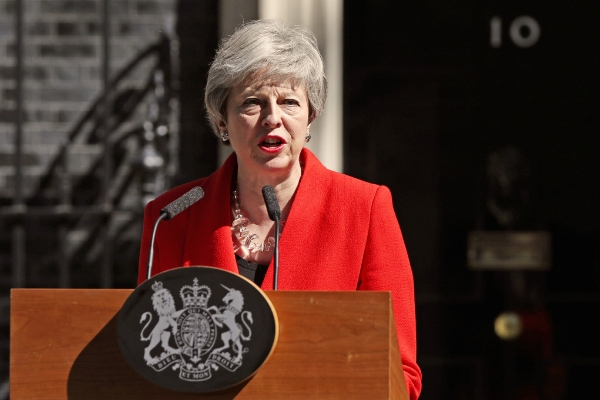 Photograph of Theresa May, during her time as Prime Minister.

Constitutional conventions are tricky creatures. Famously described by AV Dicey (1885) as “the morality of the constitution”, conventions establish non-legal rules of political conduct. They derive, in Ivor Jennings’ (1959) and Geoffrey Marshall’s (1984) classic formulation, from a combination of precedents, reasons and consensus. Alongside laws, practices (which lack consensus), traditions (which lack reasons) and norms (which can lack precedent, and often concern general principles rather than specifics) – see Lagassé (2019) for more on this breakdown – they determine who holds power in British politics.

What makes conventions tricky is their consensual nature. Though many are written down, and some – like the Salisbury and Sewell ‘conventions’ – are called into being through declarations, most exist only to the extent they are in fact observed. The second political elites stop believing in a convention, it stops existing. Conventions are the essence of what J.A.G. Griffith (1979) called the “political” constitution.

In the past, I’ve written extensively about the growth in recent years of an expectation that the House of Commons should have the chance to veto major overseas military deployments. I’ve called it a convention – including in evidence to a parliamentary Select Committee. I’ve also acknowledged that considerable uncertainty remains.

Yet Theresa May’s decision to take military action in Syria in April 2018 without seeking prior authorisation from the House of Commons cast some doubt over my earlier arguments. I argued previously that governments contemplating military action would weigh the political costs of bypassing MPs against the risk inherent in consulting them – a risk made visible by David Cameron’s defeat in a vote on intervention in Syria in August 2013. I concluded that most governments would call a vote.

So what happened in April 2018? Why was I wrong? In a new article published in Parliamentary Affairs, I attempt to answer this question. Comparing in some detail the debates and votes on intervention in Syria under both Cameron and May, I consider three possible explanations.

First, I ask whether I was wrong to claim a new convention had developed; whether in fact Cameron’s deployment votes constituted an idiosyncratic practice rather than a general rule. That seems unlikely. I was far from alone in referring to convention in the years leading up to 2018 – the Cabinet Manual uses the word. So too, I find, did May in attempting to justify her approach. Indeed, she explicitly framed her actions within a wider narrative of “observing the convention”. Had no convention existed, she would not have felt the need to do this.

Second, I ask whether May’s actions killed the convention; whether one did in fact develop between 2003 and 2018, only to shatter under the pressure of her refusal to follow precedent. I find some evidence to support this possibility. In particular, I find a growing sense among Conservative MPs that it is unwise for parliament to limit the executive’s freedom of action in matters military. I also, crucially, find May asserting a traditional Westminster Model understanding of executive accountability:

Here, May claims that parliament’s proper role is to call her to account, after the fact, for the manner in which she has used her power as prime minister. She asserts a clear division between executive and legislative authority, one in which parliamentarians have no business interfering with decisions about military deployments. On the surface, this looks like a refutation of Cameron’s approach. Yet, as we have seen, May pulled her punches.

Third, then, I asked whether May’s actions actually complied with convention – noting that complying with a convention can also involve amending it. This is what I find actually happened in April 2018. Cameron had already established exceptions to the general rule that ministers should consult MPs before ordering military action – namely, where the emergency nature of the situation or the clandestine nature of the operation precluded open prior discussion.

May added to these caveats. “In observing the convention”, she argued, “We must ensure that the ability of our armed forces to act quickly and decisively, and to maintain the security of their operations, is not compromised”. It was only really necessary, furthermore, to consult parliamentarians about “major deployments like the Iraq war when the scale of the military build-up requires the movement of military assets over weeks”. In other words, May asserted that the duty to consult MPs before major military deployments extended only to truly major operations – those involving the large-scale deployment of ground forces.

Conventions are malleable. Their basis in precedent, reason and consensus ensures as much. By establishing a new precedent, setting out reasons for it, and avoiding censure by the House of Commons, May amended the War Powers Convention without killing it entirely. Her successors retain the option of consulting MPs about particularly controversial (or particularly uncontroversial) deployments, and MPs have various means to demand a say should they feel they are being excluded. There may yet still be votes on smaller deployments in future, but May clearly pushed back against the belief that such votes would be mandatory.

May benefitted in 2018 from the fact that she probably would have won a prior vote. Several Conservative MPs who rebelled against Cameron in 2013 voted with May in 2018, telling the House their earlier actions had been wrong. At least seven Labour MPs indicated that they, too, would have voted with the government in a substantive vote – a decisive figure in a hung parliament. A different operation, in different parliamentary circumstances, may yet produce different outcomes.

This, then, is the key lesson we learn about conventions from the events of April 2018. As the key component of the UK’s political constitution, conventions permit governments to do whatever parliament is willing to let them do. They establish expectations, and create a common way of speaking that shapes and constrains what ministers do, but only up to a point. A government determined to push back against precedent will succeed if it persuades a majority to go along. That was what happened in April 2018. That was why I was wrong.

Dr James Strong is a Senior Lecturer in British Politics and Foreign Policy at Queen Mary University of London.