Does the SPD Performance in the German Elections Point To a Left-Wing Resurgence in Europe? Dr Patrick Diamond

Across liberal democracies, there are definite if tentative signs of Centre-Left resurgence. 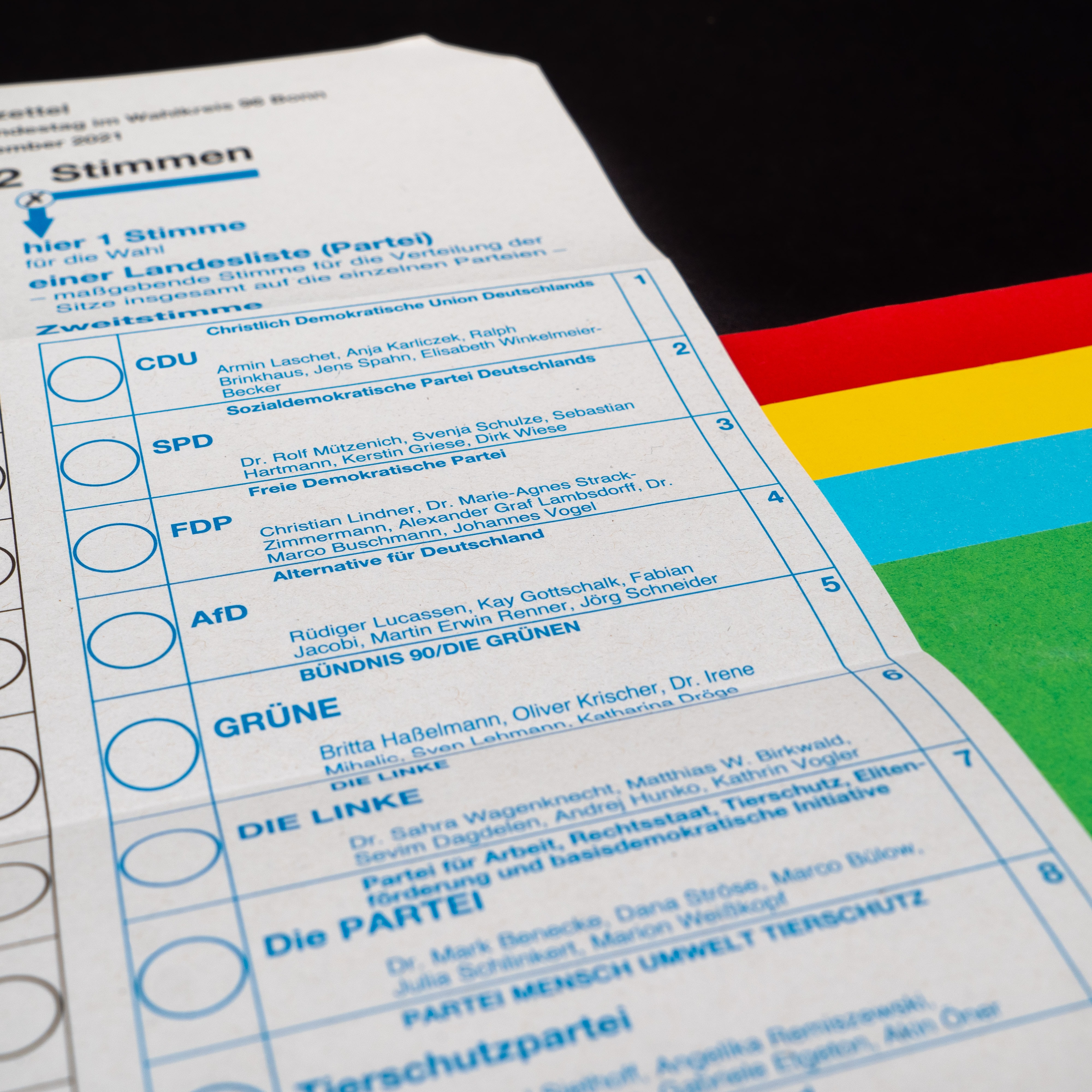 Image of a German ballot paper.

According to the Polish philosopher, Lesjek Kolakowski, social democracy is, ‘the obstinate will to erode by inches the conditions which produce avoidable suffering’. It is a reformist and evolutionary ideology that, over the last decade, has faced tough times in Europe. Yet across liberal democracies, there are definite if tentative signs of Centre-Left resurgence. It is the first time since 1959 that a social democratic party has been in power in all five Scandinavian countries following the victory of Jonas Store’s Norwegian Labour party earlier this month. The moderate Left is in power in Spain and Portugal, while in Italy, the Centre-Left Partio Democratico is supporting the current Prime Minister, Mario Draghi. This weekend, all eyes were on Germany where the Centre-Left SPD, which had been 20 points behind the Christian Democrats earlier this year, became the largest party in parliamentary elections. Former Finance Minister, Olaf Scholz has now claimed he has a ‘clear mandate’ to form a government.

Even in countries where social democrats are in opposition, there are signs that a long period of decline may finally be coming to an end. The UK Labour party has spent a dismal decade out of office, not winning a national election since 2005. Under Keir Starmer’s leadership, it may once again be re-emerging as a serious contender for office, although Labour remains a fractious party imperilled by deep ideological divisions. Dutch Labour is yet to recover from its catastrophic result in 2017. Even so, it appears to be reasserting its position against the Greens and Socialists in the battle for Left votes within a highly fragmented electoral system. It is striking that the PvDA won the most votes in the 2019 European parliamentary elections after its 2017 nadir.

While making generalisations across countries with divergent political institutions and traditions is unwise, the electoral dynamic may well be changing. One question that looms large is whether the Covid-19 pandemic has sparked a revival of European social democracy? We may now be witnessing a dramatic swing of the political pendulum towards the Left in Europe and there are indications that Covid-19 and its aftershocks are leading to a significant transformation of the political landscape.

The reverberations of the pandemic are dramatically reshaping the politics of liberal democracies. First of all, the pandemic has led to a general re-assessment of the role of government after a long period in which markets were widely regarded as superior to states. The immediate response to the pandemic required active government to reassure citizens and markets: ensuring healthcare systems could deal with the dramatic rise in cases and severely ill patients; establishing robust infection control and public health measures; and when lockdowns were required that meant shutting down national economies, governments propped up businesses while providing income support to workers and households. As such, Covid-19 is likely to redraw the boundary between states and markets, as occurred in many western states after 1980 when there was a turn towards small government. A recognition of the fundamental importance of the state is self-evidently to the advantage of the moderate Left which has spent forty years fighting a rear-guard action against the enemies of collectivism.

The second related issue concerns the end of the austerity era. The pandemic has merely underlined the long-term costs imposed by a relentless squeeze on the public sector. Cutting public services by stripping away ‘excess capacity’ proved to be a poorly conceived strategy when the global pandemic hit. Meanwhile, the burden of austerity was imposed disproportionately on younger workers and households, leading to a dramatic escalation of inter-generational inequality. In many western European countries, pension systems were carefully protected yet support for those of working age after 2010 was cut back dramatically. Couples with children in low-income households in the UK have lost an average of £3000 in income over the last decade. Education and ‘early years’ spending were a particular target for cuts. After a decade of fiscal austerity (which proved largely self-defeating since there was no upsurge in private sector investment or economic growth in western economies), Centre-Left parties were increasingly trusted by voters to rebuild public services, restoring the ‘cradle to grave’ ethos of the welfare state.

A further factor was that Covid-19 had begun to shake voter’s confidence in those governments led by ‘populist' parties and leaders (nebulous as the concept of ‘populism’ undoubtedly is). The most glaring examples were to be found in the United States, where the Trump presidency’s mishandling of the initial stages of the pandemic was criminally negligent. In South America, Jair Bolsonaro’s complacent management of Covid in Brazil led to a shocking death rate and an upsurge of street protests. Closer to home, Matteo Salvini’s League party in Italy has seen its popularity wither as it opposed the tough public health measures introduced by Draghi’s Administration. That said, it is certainly too early to proclaim the ‘death’ of populism in global politics.

Of course, other factors are in play that may help to explain the revival of Europe’s social democratic parties. The victory of President Biden in November 2020 was unquestionably a psychological boost for the Centre-Left. Not all Left parties in Europe identify closely with the US Democrats, but they remain an important ally and strategic influence. Biden demonstrated that it was possible to defeat the Right by assembling a programme that was both radical and pragmatic, harnessing the desire of voters to have the protection of an active state and re-uniting the progressive coalition.

Another intriguing development was the performance of Green parties, not least in Germany’s recent elections. The scale of the climate emergency which Covid-19 served to underline provided the ideal backdrop for the German Greens, who earlier this year looked as if they might become the largest party and the dominant partner in the next government. The Green’s share of the vote still rose 5.8% to 15.8% in 2021, but they failed to become the largest party. The party’s campaign proved less effective than expected, yet the deeper issue was how to confront the resistance of many German voters to Green policies that required dramatic changes in the economy and in their personal lifestyles. The costs of the transition to carbon neutrality are likely to be very high and perhaps as a consequence, the crushing of the social democrats by their more politically dynamic and vibrant Green counterparts did not come to pass.

Of course, is important to put recent social democratic victories in context. Across Europe, electoral systems have become highly fragmented. Nowhere are Centre-Left parties (even in the UK with its First Past the Post System) winning more than 40% of the popular vote, re-establishing the hegemonic position of the post-1945 era. It seems extremely unlikely that European polities will return to the simple cleavage of Christian Democracy versus Social Democracy that dominated the class politics of the post-war decades. Social democracy, shorn of its narrow class affiliations, remains a vibrant political tradition. Centre-Left parties will have to pursue their priorities by forming strategic alliances, ensuring their egalitarian values and goals ‘permeate’ other political movements and progressive forces in the years ahead.

Dr Patrick Diamond is Director of the Mile End Institute and Reader in Public Policy at Queen Mary University of London.