Following reports that the UK government is considering abolishing the ‘English Votes for English Laws’ procedures in the House of Commons, Daniel Gover and Michael Kenny argue that, although EVEL has some flaws as a solution to the ‘West Lothian Question’, abandoning it will also leave open bigger questions about how England should be represented within British parliamentary government. 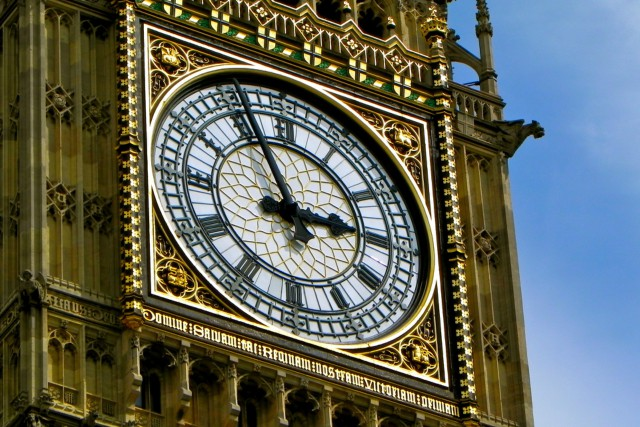 The clockface of 'Big Ben' at the Palace of Westminster.

According to a recent report in The Times (on 16 June), the UK government is preparing to abolish the ‘English Votes for English Laws’ standing orders in the House of Commons. This suggested that ministers have already been consulted on the move and look set to lend it support. The change would also need to be approved by MPs, but only a single vote in the Commons would be needed to make this important constitutional change.

That such a move is being considered by the current government is surprising and unexpected in equal measure. Proposals for various forms of EVEL, as an answer to the infamous ‘West Lothian Question’, have been championed by the Conservative party ever since the advent of Scottish and Welsh devolution in the late 1990s, and have featured in every one of its general election manifestos between 2001 and 2015. Despite agreeing to an independent commission, the Liberal Democrats ultimately blocked this reform during the period of coalition government. It was only in October 2015, once the Conservatives held power alone, that the change was implemented. Few would have expected that a government with such a strong focus upon English voters outside large urban areas would seek to repeal it.

One part of the explanation for this may be an increased willingness of the current Conservative government to disown elements of the Cameron legacy. But it also reflects the influence of a rising current of ‘neo-unionist’ sentiment within the party, which believes that the imperative to secure Scottish consent, in the wake of growing support for a second independence referendum, is more important than English grumbles about the West Lothian anomaly. This is perhaps ironic, since EVEL was envisaged by its architects as a means of assuaging discontent with the Union, by protecting against a situation in which MPs from outside England’s borders could make the difference on England-only legislative decisions.

What is also notable about the idea of repealing EVEL is that little sense of how it has operated has informed this declaration of intent.

The trouble with EVEL

When the current rules were introduced, various criticisms of them were widely aired. We subsequently assessed their pertinence in a 2016 report. What is striking about the current moment is that, while they were all dismissed at the time by Cameron’s ministers, current government thinking appears to endorse some of these critical arguments.

Among the justifications attributed to government sources in The Times are the suggestions that EVEL has prevented Scottish MPs from voting on matters that indirectly affect their constituents – for example through the so-called ‘Barnett consequentials’ – and that it might undermine the case for an MP representing a Scottish constituency one day becoming prime minister.

In reality, both of these concerns are mitigated by what has been termed the ‘double veto’ design of the system. Although English MPs have gained a new right to veto England-only legislation, any bill still needs to be endorsed by a majority of the House to pass. This means, for example, that English MPs cannot use these rules to push through legislation that is deemed to have ‘spillover’ effects beyond England (as shown by the case of Sunday trading laws that arose in 2016).

The complaint that EVEL is unduly complex and opaque is better founded. The procedures have generated a substantial amount of administrative work for Commons officials, enabling the Speaker since 2015 to certify parts of 51 bills and 237 statutory instruments. They have also created considerable disruption to Commons proceedings. EVEL comprises a complex set of rules that are little understood, or even noticed, by many MPs and close observers of Westminster. Its arcane and restricted character means that EVEL was never going to be a meaningful answer to the much wider question about English feelings towards the Union raised by Cameron in the aftermath of the 2014 Scottish independence referendum.

Yet it may well be worth the government pausing before pursuing the option of removing EVEL. Complicated though it may be, it has provided some protection against a repeat of controversial votes – such as on the legislation to increase tuition fees in England in 2004 – which were widely attacked as democratically unacceptable in England because they relied upon the whipped votes of Scottish Labour MPs.

The government, it has been reported, believes that these new rules have not made any difference to legislative outcomes. And our own research confirms that – despite large volumes of legislation being ‘certified’, and 43 Commons votes held under EVEL rules – in no case did English MPs vote differently from UK-wide MPs. Yet this is primarily because of the political circumstances that have prevailed since EVEL was introduced. Since 2015, Conservative governments have consistently had a larger majority of seats in England than across the whole House.

This, however, is not the situation for which these rules were designed. They will have ‘bite’ at the point when the UK government lacks a majority in England, but is able to pass (potentially highly contentious) legislation that applies only there despite opposition from most English MPs. This situation has not arisen since 2015, and is most likely to occur after a future general election when Labour is the largest party in a government that relies for a working majority on MPs from outside of England.

The future of English representation at Westminster

Plans to remove EVEL appear to understate how destabilising this situation could be. And they neglect too the idea which was integral to the introduction of its rules: the ambition to introduce a sense of English ‘voice’ at Westminster – although this has barely been addressed by the current system. The potential mechanism within EVEL for delivering this goal was the new ‘legislative grand committees’ held after a bill’s ‘report’ stage, through which English (or English and Welsh) MPs signify their ‘consent’ to the legislation. However, as our research has shown, since the reform was implemented these have been almost entirely perfunctory. Despite 42 such stages, on 35 bills, only in four cases did they last longer than 10 minutes. EVEL also falls a long way short of providing meaningful opportunities for deliberation over, or the articulation of, English interests.

If the current system of EVEL is revoked, it may be that the UK government is then freed to look at other ways of protecting English interests in parliament. One option would be to revisit the recommendations of the independent McKay Commission, which proposed in 2013 an earlier, non-binding legislative stage where England’s distinct interests and preferences could be expressed. Such a device would ensure that Westminster continued to take English consent explicitly into account.

More widely, other mechanisms for promoting an English ‘voice’ at Westminster could be considered. We have argued for a new English Affairs select committee with a cross-cutting remit, modelled partly on the existing committees for Scottish, Welsh and Northern Ireland Affairs. This could also potentially serve to draw concerns about England-only legislation to the attention of the House – in a fashion similar to committees’ consideration of legislative consent motions in the devolved legislatures.

Unloved and complicated as the EVEL procedures are, abolishing them will do nothing to address the growing problem of English consent for the devolved Union, and the lack of a distinctive voice for England within the UK’s legislative process. The removal of the current precautionary veto right is unlikely to help with the potential legitimacy crisis that would arise if the legislative preferences of England’s representatives are overruled by a future British government. Whatever the future of EVEL itself, the wider issue of how England should be represented within British parliamentary government systems is not going away.

Dr Daniel Gover is a Lecturer in British Politics at Queen Mary University of London.

Professor Michael Kenny is Director of the Bennett Institute for Public Policy at the University of Cambridge.

This piece was originally published on the Constitution Unit blog.