Dominic Cummings’ dramatic departure from 10 Downing Street inevitably stirred great excitement among political pundits and commentators in the Westminster village. It raised fundamental questions about the future character of the Johnson Administration. Among the most significant was whether Cummings’ historic project to fundamentally transform the British state was now over. 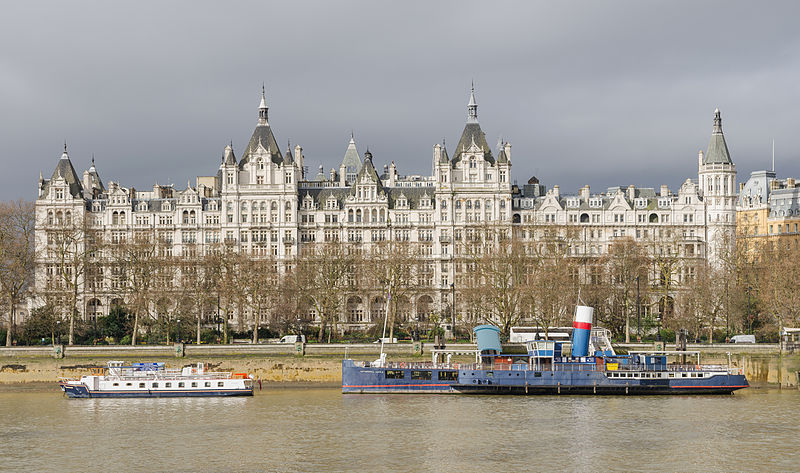 There was speculation that shorn of its permanent campaign ethos, the Conservative Government would revert to a more measured governing style, striving to work co-operatively with the civil service, respecting constitutional convention, upholding democratic norms, while practising statecraft by consent. Many officials will desperately hope that Cummings’ demise amounts to the end of the ‘hard rain’ that has fallen on Whitehall since the Brexit referendum in 2016.

Nevertheless, civil servants would be mistaken to assume that Conservative Ministers are about to revert to a more consensual governing approach where officials are free once again to ‘speak truth to power’. The growing chasm between Ministers and civil servants in Westminster government is a long-term structural trend, exacerbated by alterations in the ideological nature of British Conservatism. The influential ideas of the New Right in Britain and the United States attack bureaucrats as self-interested and incompetent, the very antithesis of the public good. Cummings’ rhetoric has inflamed tensions and certainly not helped matters. Yet he alone is not the driver of the growing division in the ‘governing marriage’ that characterised Whitehall since Northcote-Trevelyan and the Haldane report of 1918.

As Rodney Lowe and Hugh Pemberton outline in their masterful second volume of the Official History of the British Civil Service, six forces have propelled Ministers and officials towards divorce, while fragmenting and destabilising the system of government in the UK.

The first is the growing emphasis in the British state on prioritising a narrow measure of financial efficiency. The focus on cost reduction since the efficiency review led by Derek Rayner in the early 1980s led to a sharp fall in civil service numbers. Over the last decade, numbers have fallen further (although there has been a slight uptick since Brexit). Not surprisingly, the financial squeeze has left the civil service demoralised and weakened the fabric of the state.

The second is the related trend toward outsourcing. Service delivery has come to rely less on the public sector than on a multiplicity of private and non-governmental providers. Civil servants are the managers of contracts, commissioners increasingly detached from frontline implementation. More than ever, capital investment has depended on Public-Private Partnerships (PPPs) and the Private Finance Initiative (PFI).

The third development concerns governance fragmentation. Compelled to operate within the ministerial fiefdoms of Whitehall’s departmental system, officials have struggled to work across boundaries to shape effective policies. Among the most far-reaching reforms was the creation of ‘Next Steps’ agencies in the late 1980s. Over time, three-quarters of the civil service have been transferred to ‘arms-length’ agencies, entrenching the artificial separation between policy determination and operational delivery, making ‘joining-up’ all but impossible.

The fourth trend is centralisation. Policy-making influence in Whitehall has become increasingly concentrated. The growing power of the centre in Number Ten Downing Street has encouraged group-think and hyper-innovation, marginalising the civil service. Yet paradoxically, the centre has become more enfeebled and brittle, lacking the necessary capabilities for effective decision-making, detached from the realities of ‘street-level’ service delivery.

The fifth accompanying shift is the politicisation of Whitehall. Among the most significant changes is the doctrine of ministerial supremacy. Rather than formulating policy through constructive collaboration between officials and Ministers, the ideas of politicians, often developed in the opposition years, have come to dominate the policy-making process. Ministers, after all, have a direct mandate and their views are held to encompass ‘the will of the people’. Yet side-lining civil servants has created a deliberation deficit which exposes Ministers to the growing threat of policy fiascos and blunders.

The final long-term change has been the ideology of the limited state. The position of the civil service was further undermined by the ethos of small government that prevailed after 1979. The role of the state was now to uphold private property rights and the basic liberties of the individual. Any constructive role for government in developing the industrial base, spurring economic growth and improving productivity was eschewed. This position amounted to a further attack on the efficacy of the public bureaucracy.

Even in the absence of Cummings, the Johnson Administration will continue its mission of ‘draining the swamp’ in Whitehall. There is a persistent belief that government, central or local, is inherently inefficient, even corrupt – underlined by the response to the Covid-19 pandemic. Ministers favour a market state where a politicised centre determines policies, while implementation is carried out by a host of non-state, usually private sector, providers. There will still be a NASA-style mission control centre, accompanied by White House-style press briefings. Civil servants will be further marginalised by trouble-shooting management consultants. The signature reform of the current administration in response to the governance fiasco of Covid-19 is to bring Public Health England (PHE), an operationally autonomous agency, under the direct political control of Ministers. For all the rhetoric about levelling-up the UK, there will be no renaissance in the status and legitimacy of the public sector.

Indeed, the effort to deprivilege the civil service did not begin with Cummings, but the arrival of the Cameron Government in 2010. Francis Maude as Cabinet Office Minister was explicitly charged with shaking up the permanent bureaucracy. The technocratic language of managerialism that characterised statements such as the Civil Service Reform Plan (2012) disguised a basic intention to end the civil service monopoly over policy advice. Maude sought to create a more ‘contestable’ policy-making machinery shaped by think-tanks, consultancies and policy entrepreneurs from outside the Whitehall system. Officials were evermore confined to the margins of decision-making.

These developments speak to a continuing ideological shift in state and society. Remarkably, government is still viewed as the obstacle rather than the solution to the great policy problems of the age.

Dr Patrick Diamond is the author of The End of Whitehall (Palgrave Macmillan, 2018) and Associate Professor of Public Policy at Queen Mary University of London.