"Corruption" is not a word that tends to be bandied around in the mainstream of UK politics. And yet it is beginning to seep more and more into British political discourse. While opposition parties attack the Johnson government's "incompetence", other commentators in both the mainstream and social media are increasingly using the term "corruption." 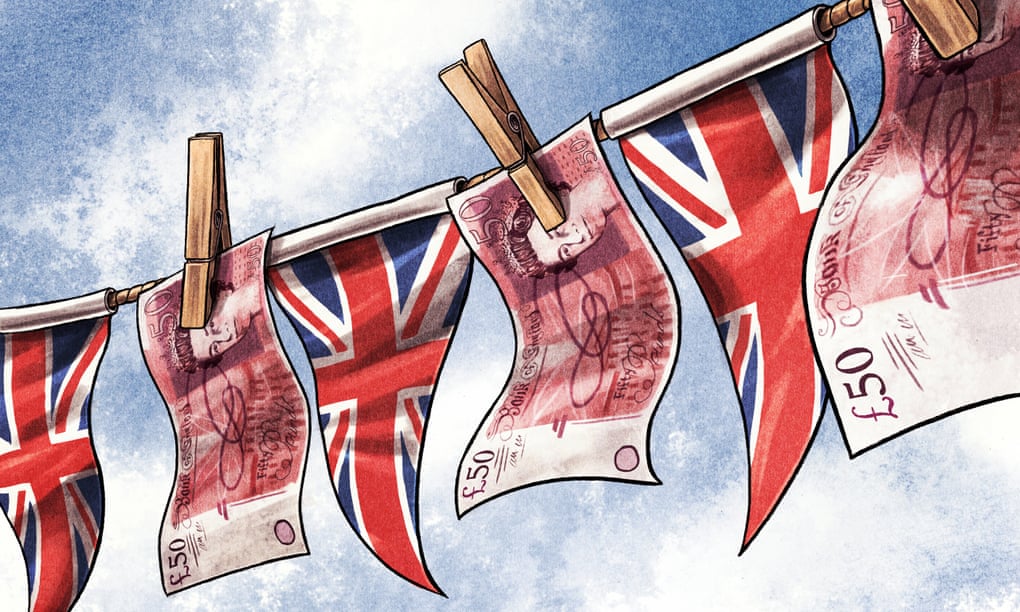 Do they have a point? There has been a steady stream of potential examples: the Jenrick affair(s), Dominic Cummings' infamous rule-breaking eye-test, the recent appointments of people who look a lot like Johnson circle cronies to public roles and the House of Lords.  The allegations of impropriety in the allocation of public procurement contracts while normal scrutiny has been suspended during the Covid crisis, whose beneficiaries seem to include many who are close to the Johnson circle.  This comes on top of the government's willingness to breach both domestic and international law in order to achieve its political objectives.  Many of these behaviours would have been condemned as corrupt by previous British governments if they were seen to be happening overseas.

For critics of the government, this wave of allegations comes on top of a long-running concern about the UK's role as a centre of global money laundering, as demonstrated by the FinCEN Files.  The charge is that this is not simply the by-product of being a global financial centre: it looks more like a deliberate complicity in global corruption, orchestrated by bankers and professional enablers, and given top-cover by politicians, all of whom open the gates to foreign money while turning a blind eye to its origins.

To add to this, the narrative of the UK's Black Lives Matter movement has been that the country has a history of corruption, hypocrisy and denial - and that this continues de facto through to British society of today, by not properly acknowledging the sins of the past.   Many therefore conclude that the UK is, and always has been, highly corrupt.

But there is also a case for the defence.  Britain on the whole does well in global corruption rankings and peer reviews.  However much citizens may mock or despise our political class, they are not the out and out authoritarian kleptocrats of Russia.  It is rare to be asked to pay a bribe to a public official as you might routinely expect in Afghanistan.  Polls of UK citizens suggest that people dislike corruption, do not trust politicians and think things are getting worse, but not that people believe their daily lives are significantly affected by corruption.

Perhaps most importantly, some of the key defences against corruption remain in place: a free press, an independent judiciary, civil service and Electoral Commission, space for civil society.  Britain has a functioning parliament and laws that apply equally to everyone.  Some of these things may be under threat - but so far, little has happened except some bellicose noises from government advisers and the departure of a few senior 'remainer' civil servants.

So how bad are things - and are they getting worse?  There is a plausible argument that international rankings have indeed let certain countries off lightly.  They do not capture what academics refer to as ‘influence markets’ or ‘institutionalised corruption,’ the kind of subtle, establishment-based cronyistic corruption that seems to thrive in mature democracies.  Might Britain have been lulled into a false sense of security by positive international comparisons?

Knowing where we stand is not simply an academic exercise: it helps to determine what, if any, corrective action is required, and how quickly action is needed.  For example, if what we face is the long-term cronyism of a self-perpetuating ruling class, and that is much the same as it ever has been, you might feel that Britain does fairly well in the world and urgent corrective action is not required.  On the other hand, if you feel that recent inflows of dirty money and corrupt oligarchs have started seriously to subvert British politics, you might feel that action is more urgent.

What anti-corruption experts typically look out for is early warning signals or red flags.  How can you tell when corruption is getting worse?  This is important, as it is far easier to head off corruption than to root it out once it has taken hold; and it takes hold with remarkable speed, with key institutions falling over like dominoes, and behavioural norms changing with remarkable rapidity.

Two infallible indicators to look for are the distribution of money and power.  Is power accumulating or concentrating in places where there is a lack of transparency or accountability?  And is there self-enrichment by those who are accumulating the power?  The next alarm bell is whether key institutions and accountability mechanisms remain robustly in place.  And finally, you might look at whether those in power are playing by the rules.  Other emerging, but as yet unproven, indicators are the use of populist motifs to gain or retain power, the prioritising of loyalty over integrity amongst political supporters, and a willingness to lie to the electorate.

We have not traditionally seen much self-enrichment in British politics, certainly in comparison to a true kleptocracy, although the past two decades have seen a pattern of late-career income generation via the revolving door and consultancies for unsavoury overseas governments.  But on many other of those early warning indicators, the boxes are starting to be ticked.  Individually, they might not matter too much.  Collectively, they do: there is a cumulative effect of concentrating power, downgrading accountability, breaking the rules, and subverting the norms.

If the UK continues on this course, we can expect to see it slide quite quickly down the international rankings, even those rankings that critics say have given it a free pass.  The UK could very easily move from its current position in the top ten of the Corruption Perceptions Index to somewhere in the third, or even fourth, decile.  The last time this happened was in the wake of the BAE Systems and MPs expenses scandals.  The UK moved out of the top ten to number twenty.  It took a concerted effort from government over a decade - the Bribery Act, the Criminal Finances Act, the London Anti-Corruption Summit, the National Anti-Corruption Strategy - to make up the lost ground.

The UK government's own Anti-Corruption Strategy warns 'Corruption threatens our national security and prosperity, both at home and overseas. Unchecked, it can erode public confidence in the domestic and international institutions that we all depend upon.'  This is the threat that now faces the UK, but it is by no means inevitable.  Early warning signals are flashing red.  If you already thought the UK was corrupt, this will confirm your views.  If you thought that the UK was imperfect but broadly doing ok, you should now be starting to worry.

Robert Barrington is Professor of Anti-Corruption Practice at the Centre for the Study of Corruption in the University of Sussex. He was formerly the head of Transparency International (TI) in the UK, the world’s leading anti-corruption NGO.