As a classicist, Boris Johnson hardly needs reminding that hubris can lead to nemesis. But hubris must have been hard to avoid. After all, his first six months as Britain’s eighteenth Conservative prime minister were, frankly, little short of miraculous. 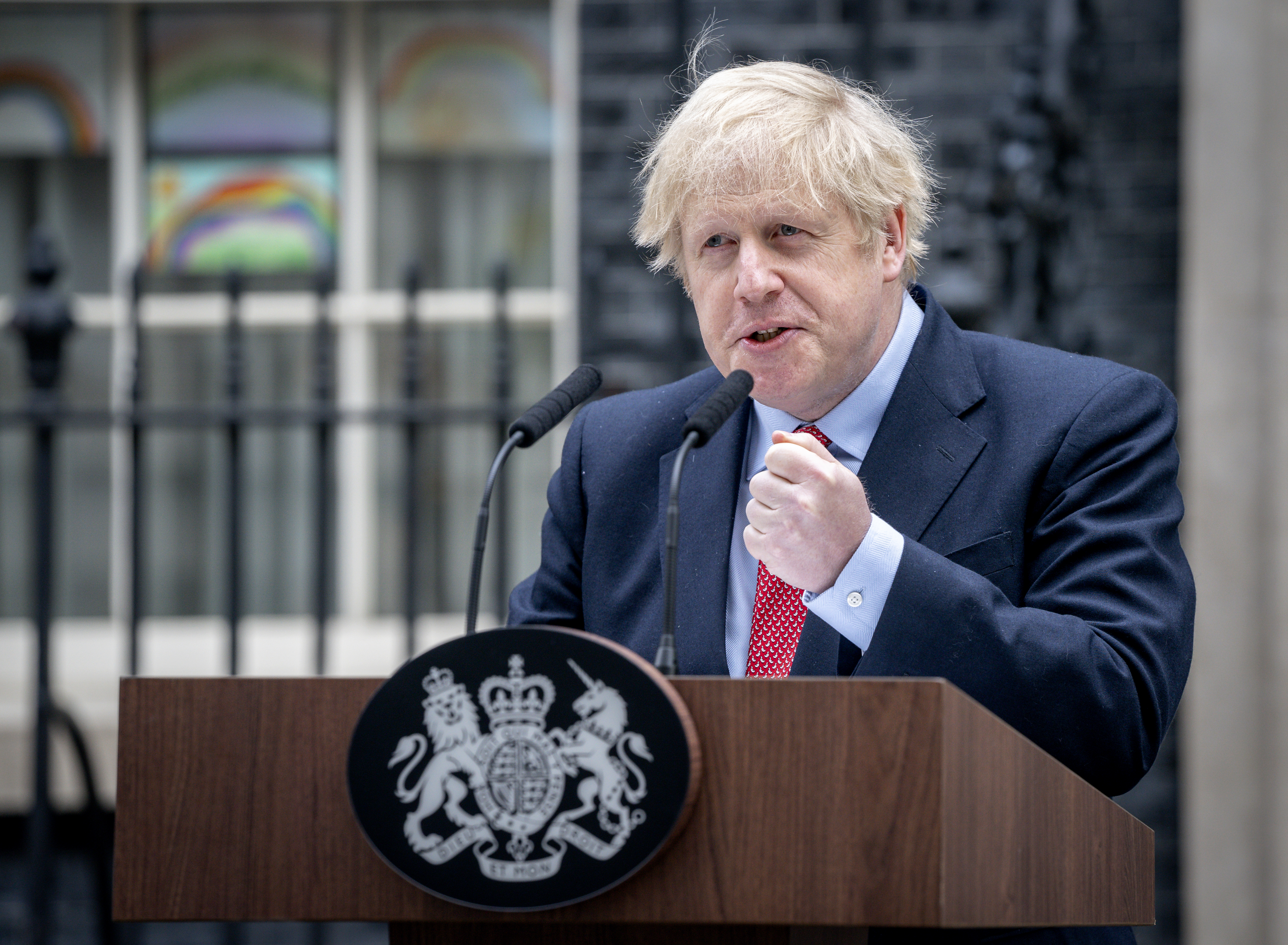 UK Prime Minister Boris Johnson gives a statement outside 10 Downing Street, as he returns to work following recovering from Coronavirus at Chequers.

To grasp the sheer scale of Johnson’s achievements between July 2019 and January 2020, just recall for a moment quite how bad things had become for the Tories under Theresa May.

Clearly, the snap election of 2017 was a shambles. But things didn’t turn truly catastrophic for the Conservatives until it became clear that May couldn’t persuade Parliament to pass her Withdrawal Agreement.

As a result, Brexit had to be postponed, at which point the party’s poll ratings fell off the proverbial cliff – with the word made flesh in elections to the European Parliament that saw the Conservative vote share dip below ten percent for effectively the first time ever.

By promising that he would do whatever it took to get the UK out of the EU, Johnson’s first impressive feat was to convince a whole bunch of Tory MPs and grassroots members who had grave doubts, not just about his character but also his competence, to vote for him as leader.

Johnson’s crushing victory in that contest saw the party’s poll ratings begin to climb steeply – an upward trend that his decision to play hardball with Parliament, however much it enraged his opponents and displeased the Supreme Court, did nothing to arrest and may even have accelerated.

Likewise his summary removal of the whip from MPs who insisted on blocking a no-deal Brexit – some of them high-profile parliamentarians who had served their party and in government with distinction – only served to strengthen his hand and his hold over his front and backbenches.

Moreover, Johnson then had the absolute chutzpah to secure a last-gasp Withdrawal Agreement with the EU that involved drawing a border down the Irish Sea – something that Theresa May had sworn no UK prime minister could ever agree to and which broke all her promises to the DUP into the bargain.

More than that, Johnson was able to get his own Brexiteer ultras not just to vote for it but to join him in trumpeting the whole thing as some sort of diplomatic masterstroke.

As if that weren’t enough, Johnson then managed to entrap the opposition parties, via a combination of rational self-interest (the SNP), inflated expectations (the Lib Dems), and appearances’ sake (Labour) into granting him an early general election fought on his terms, not theirs.

He then proceeded to win by a landslide, primarily by successfully framing the contest as the chance for an exhausted and frustrated nation to ‘Get Brexit Done’ so they could move on to the stuff that matters much more to most people, like schools, hospitals and law and order, on which he promised to spend up large – although not as large as a Labour Party he found it all-too-easy to portray as a profligate shambles led by a Marxist throwback who couldn’t even make his mind up on the main question of the day.

And he did all that, remember, with questions about his ‘colourful’ personal life, about Russian interference, about dim-witted and dodgy candidates, about his relationship with Donald Trump, and about his running away from media scrutiny, hanging over him throughout.

All that remained, after what must have been quite a Christmas, was to speed through the passage of the Withdrawal Bill in the New Year and (the sad absence of Big Ben bongs notwithstanding) to celebrate the UK’s great escape from the supposed shackles of Brussels. Oh, yes, and to replace a Chancellor who refused to do whatever he wanted with one who apparently would.

Except, of course, that it wasn’t all that remained. Because soon after that, everything – well, almost everything – began to go very badly wrong. The coronavirus struck, chaos reigned and has arguably reigned ever since.

Hampered first by his libertarian instincts and managerial inadequacies, and then by his physical incapacity, Johnson took the country too slowly into both lockdown and the test-trace-isolate strategy that might have offered a more rapid (and less economically damaging) route out of it, not least for families unable to send their kids back to school.

True, an initial rally-round-the-flag effect, combined with understandable human sympathy for a prime minister suffering from the self-same virus that was beginning to kill tens of thousands of their fellow citizens, staved off public criticism of the handling of the pandemic for a while.

So, too, did the swift response of a Chancellor who quickly proved himself more just a pretty face. Likewise – at least for the half of the country still positively bursting with Brexit pride – Johnson’s insistence that, come what may, we would be leaving the customs union and single market at the end of the year.

But doubts soon began to creep in, followed in fairly short order by outrage (amplified even by normally-supportive media outlets) both at the mess that the government seemed to be making of its response to the pandemic and to the fact that, when it came to lockdown itself, it looked awfully like there was one rule for them and one rule for the rest of us – always a potential Achilles heel for the Tory (if not necessarily for the Boris) brand.

Whether that injury will heal, allowing the Conservatives to win a fifth consecutive term in 2024 will depend in large part on the economy.

And then there’s the outcome of the post-mortem on the pandemic Johnson has now promised to hold, as well as the fact that the public already seem to have decided that Labour’s new leader, Keir Starmer, unlike his frankly hopeless predecessor, may actually be capable of running the country.

Nemesis, then? Well, not exactly – and not yet, anyway. Boris Johnson’s first year may have been very much a year of two halves – the first a triumph, the second something close to disastrous.

But, for all that, the government retains the support of clear plurality of British voters. And while it does so, Boris – his Teflon coating scratched but still essentially intact – seemingly sails on regardless.

This piece was originally published by the UK in a Changing Europe.