The writing of history, like the taking of a photograph, is, by definition, a process of selection. 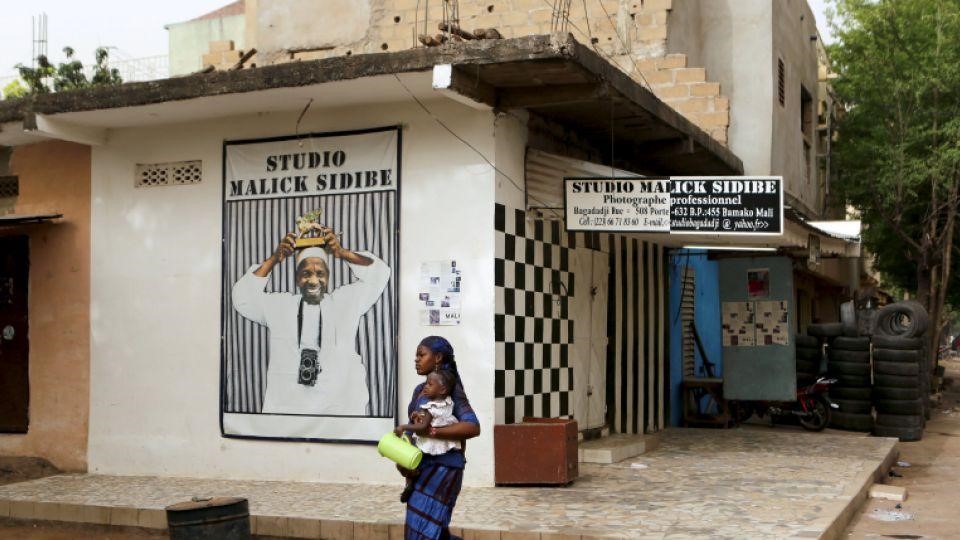 A woman holds her child while walking past the studio of the late, celebrated photographer Malick Sidibé in Bamako, Mali, April 15, 2016. (TRT World and Agencies)

As the UK celebrates Black History Month, invented and adopted to mark the historical memory of Africa’s enormously large, vibrant, and diverse global diaspora, an element of selectivity comes into play, not merely to determine what aspect of Black History to showcase, but also to arouse collective engagement with pasts, peoples, and places that are too often largely unknown, unseen or unexpressed. This is a hugely important effort.

Much Black history in the UK focuses on power inequalities, slavery, the civil rights movements, and the struggles of Black peoples on both sides of the Atlantic and across at least three continents. Black history, though, is the history of and from, at least in part, Africa. It should, in all honesty, also include a view of how Africa has evolved through colonisation, decolonisation, globalization, and beyond. Equally important, therefore, is a vision of the vibrancy, creativity and sheer dynamic of cultures of and from Africa.

Take, for example, the photography of Malick Sidibé. This photographer from the Wassoulou, the interior region of Mali and the location of the former West-African Mandinka empire, built his photographic career in Mali’s capital city, Bamako. The Wassoulou empire was destroyed by French colonial forces, but it remains the referential heartland that feeds the cultural imaginary of Mali, the collective touchstone that confirms a national and regional historical imagination that precedes colonisation, even as Malian society reinvents itself through the many historical, political, economic and environmental changes and challenges that come its way. The Wassoulou influence branches out as well, spanning space and time. It extends beyond the local and is both global and migrant, present in the music of Africa’s American diaspora, most especially in the blues, transported centuries ago through the troubled Atlantic crossings of the slave trade. And music is wont to traveling back too, so that Sidibé’s images of the clubs and dance halls of postcolonial Bamako, where he famously spent his nights in the 1960s and 1970s, pulsate with the imagined sounds of the American twist, the sounds of modernity shaped elsewhere and layered onto the local, whilst also intimately connected, confounding the here and the there, the now and the then. His work, well known world-wide and much admired in the West since the 1990s, bears testimony to the historical complexities and contradictions of a society caught in the tensions between tradition and modernity so that it has become referential for West Africa as a whole. Sidibé’s photographs speak eloquently of the mixed-up times and spaces of the postcolonial, of the marginality of the local, evident perhaps in the bare feet of the girl in the image below, but then also of the imaginative power of dance, music and photography to transcend geographical, historical and other boundaries. 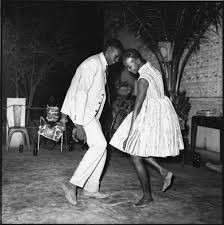 Sidibé facilitated and mediated the exploration of identity through photography for generations of Malians. He set up shop in the popular neighbourhood of Bagadadji in the 1960s and spent the next decades photographing the vibrant citizens of his adopted city. Sidibé’s studio, with its signature backdrop of checks and stripes, established itself as the space within which the citizens of Bamako could engage in the stretching, the reshaping and the performative play of identity through costume, pose and backdrop. In many of his images, the accessories speak as eloquently as the subjects themselves: a radio or a  motorcycle confirming the technological connectivity of Mali to the rest of the world, a suit cut in Hollywood style but made locally, or bellbottoms that add an African flair to the global fashion trends of the 1970s. 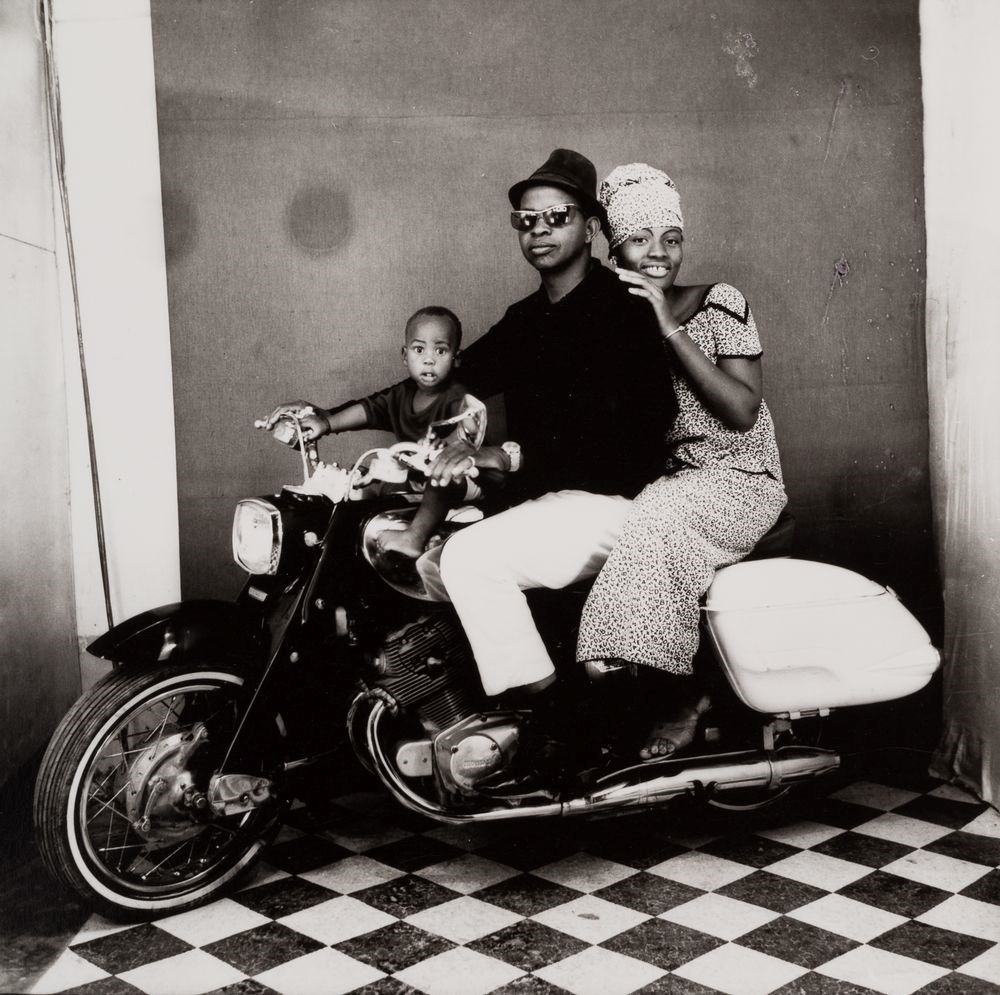 Malick Sidibé, The whole family on a motorcycle, https://www.lensculture.com/articles/malick-sidibe-interview-with-malick-sidibe

A recurrent feature in his photography is the clash of checks with stripes in the setting of his studio that lends a dynamic visual effect, so that the image appears to move before the eye. This effect turns the image almost three-dimensional, its stillness disturbed, the subjects appearing in motion. Confirmed by the click of the shutter, Sidibé’s subjects have come to denote, individually and collectively, the restlessness and the vibrancy of postcolonial Africa, youth-driven, hopeful, dynamic and aspirational, even as the continent, like Sidibé’s studio, remains on the margins of global hegemonies. 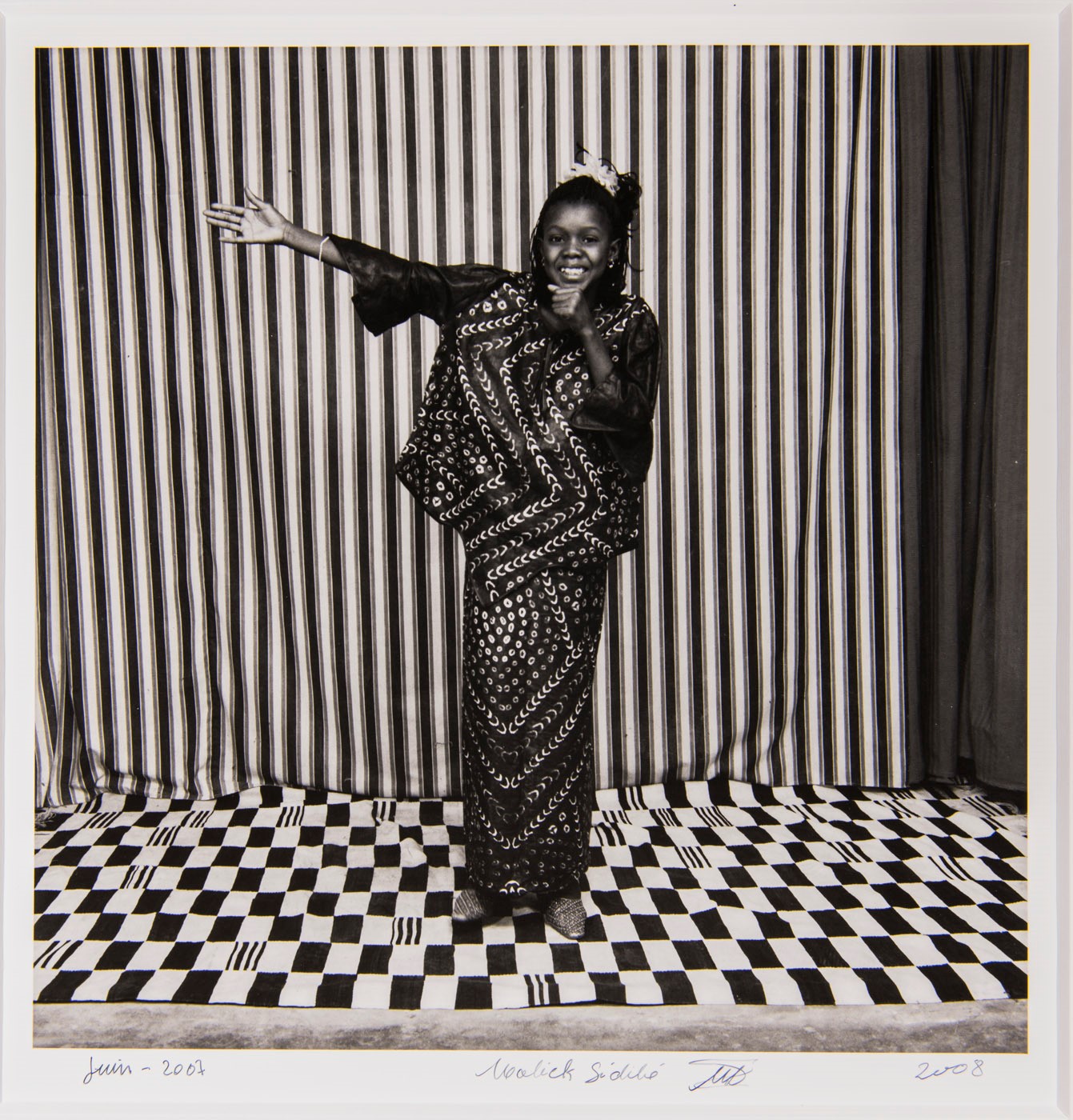 Most importantly, Sidibé’s photographs offer proof that, if Mali and much of Africa continue experiencing the struggles of the developing world, then the residents of Bamako remain also intimately connected to the changing styles and fashions of the times, self-aware, proactive, and forward-looking in the face of global inequalities. It is through their lives, lived on the margins of the West and caught in the impossible race to catch up as developing countries, that the contradictions and challenges of the everyday as experienced by postcolonial societies can best be understood. 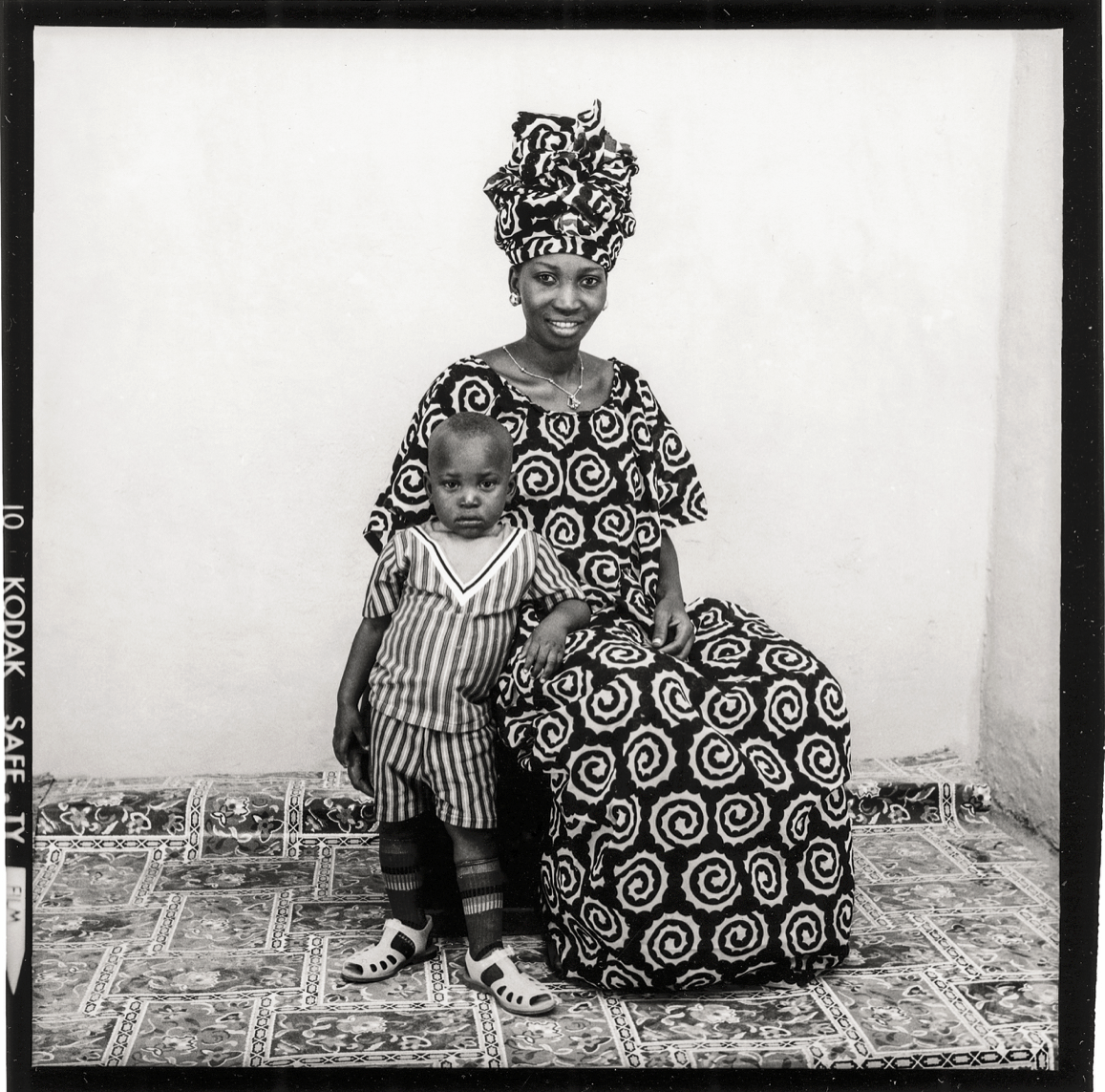 The power of Sidibé’s photography lies, in fact, in this ability to move beyond the frame of the image, to project towards the future. It is this unusual temporal move that makes Sidibé’s work so engaging. While photographs are clearly testaments of places and times past, Sidibé had the ability to reverse the temporal and historical orientation of his images, so that his work speaks of the future, of the hopes of the young, of possibilities. To quote the man himself, ‘It's a world, someone's face. When I capture it, I see the future of the world. I believe with my heart and soul in the power of the image.’

Sidibé’s work seems particularly relevant to Black History Month, because it confirms through photography that the commemorative act is important precisely because memory is a pathway to the future. That future is all the more pressing today, as environmental change, global warming, drought in the Sahel, clashes between farmers and herders, extremist violence and major economic problems all turn Mali and much of the Sahel region of Africa extremely vulnerable, so that life there is too often lived on very precarious terms. Perhaps the fun interior of Sidibé’s studio seems very far removed from such troubles. In actual fact, though, his work drew its strength from the vibrancy of his subjects viewed against the larger backdrop of Africa. The issues are ever more pressing, as the momentum intensifies of urbanization, displacement, a burgeoning youth population, all amidst mounting environmental crises. When Africa is viewed today against the sheer zest of Sidibé’s images, then the urgency of addressing the many environmental, social and other problems of the Sahel region become all the more pressing.

Surely, that is the ultimate purpose of Black History Month: to use memory as a tool for addressing imbalances and visualising a better, more equal, more just, more dignified future.

Professor Parvati Nair is Professor of Hispanic, Cultural and Migration Studies and Head of the School of Languages, Linguistics and Film at Queen Mary University of London.