A reformer from a bygone era: What the Cummings saga tells us about British governance - Dr Patrick Diamond

Patrick Diamond writes that the Cummings coronavirus row has wider implications for the machinery of British government. These revolve around the status of political advisers and the future of Cummings’s state reform visions. 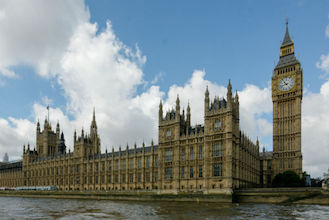 Image of the Houses of Parliament, Westminster

As the row over Dominic Cummings’s breach of lockdown rules escalates, threatening to engulf the entire Johnson Administration, it is worth reflecting on the implications of the dispute for the future of British governance more generally. The big questions that arise go beyond the details of Mr Cummings’s breach and the fundamental principles of propriety, truth, and integrity in high office. They concern how the machinery of government is likely to develop in the future.

The first implication is what this case tells us about the status of political advisers in British politics. The Code of Conduct for Special Advisers published by the Cabinet Office is clear that the purpose of political advisers is ‘to add a political dimension to the advice and assistance available to Ministers’. According to the official constitutional rationale, special advisers protect the neutrality of civil servants, undertaking tasks of a political nature which – if performed by officials – would undermine their ability to serve future governments of a different political complexion. Civil servants claim to welcome the presence of special advisers who provide knowledge and insight on issues of future policy, while offering steers on the political views of Ministers. The benign interpretation is that the British system of government cultivates a mutually beneficial partnership, a ‘governing marriage’ between Ministers, officials, and political appointees.

Certainly, there have been controversial special advisers before, many of whom were forced to resign because they breached the unwritten rule that political aides must never become the media story – the most pertinent recent examples being Theresa May’s notorious aides, Nick Timothy and Fiona Hill. Yet Timothy and Hill were, by and large, backroom operators who were fired ultimately because their boss was politically weakened in the aftermath of the 2017 general election debacle. Without question, it is an important moment in the development of the British political system that a special adviser such as Dominic Cummings is able to hold their own impromptu press conference in the garden of 10 Downing Street, taking questions from journalists while holding court in front of the world’s media.

Indeed, paragraph 14 of the Special Advisers Code states that, ‘Special advisers must not take public part in political controversy, through any form of statement whether in speeches or letters to the press, or in books, social media, articles or leaflets. They must observe discretion and express comment with moderation, avoiding personal attacks, and would not normally speak in public for their Minister or the Department’. The function of advisers is, ‘to represent the views of their Minister to the media’, rather than to justify their own actions or personal behaviour. In this extraordinary situation, Ministers are being sent onto the airwaves to defend the position of a political adviser. This is a remarkable moment.

The implications of Cummings’s media appearance will be far-reaching. We have reached a critical juncture, constitutionally a point of no return. There is likely to be growing pressure for special advisers to give testimony where they are involved in public controversies, notably to parliamentary select committees. Cummings’s actions will bolster the arguments of those who insist special advisers have a malign impact on the conduct of government, reducing civil servants to the status of ‘passive functionaries’ and politicising public administration. Cummings is a well-known critic of the British civil service. He regards the permanent bureaucracy as slow-moving, unimaginative, cumbersome, detached from seismic shifts in the world of technology and ideas. Cummings’s explicit goal is to ‘drain the swamp’ of the Whitehall bureaucracy, moving towards a ‘them and us’ model where civil servants no longer offer advice, but merely do what Ministers tell them. Civil servants become the implementors of policy rather than the initiators of policy; delivery agents, not ministerial advisers with the capacity to ‘speak truth to power’.

The second implication of the dispute is what the row tells us about the status of the institutional innovator and disrupter in the system of government. It may well be that Cummings’s mission to rewire the British state while radically recasting the Whitehall machinery is dead in the water. His ideas about how to reorganise the state machine might be deemed necessary for an age of disruption, but he will find formidable forces of conservatism in the government machine ranged against him, just at the moment his political capital is depleted badly. One difficulty is that Cummings is attempting to orchestrate change from the centre in 10 Downing Street. In the British system of government, it is departments that usually reign supreme. Departments are the centres of decision-making power, autonomous territories where policy is formulated, budgets are allocated, and implementation is co-ordinated. Even nominally powerful prime ministers with landslide parliamentary majorities such as Margaret Thatcher and Tony Blair discovered that departments have the capacity to thwart the will of the centre.

Another problem is that resistance to fundamental change in the government machine comes not only from civil servants, but Ministers themselves. Away from the highly politicised centre of power in Number 10, Ministers by and large work closely with their officials who they regard as problem-solvers, Machiavellian fixers, loyal courtiers, and expert bureaucrats who know about how to drive through change, navigating the byzantine rituals of Whitehall. The tension is even more acute in a Conservative government, where traditionalists favour the preservation of existing institutions, upholding the long-standing Northcote-Trevelyan principles of impartiality and merit-based appointment. At the beginning of 2020 when Cummings went public with his plan to recruit dozens of ‘weirdo’ data scientists into government supplanting ostensibly ineffectual civil servants, a Cabinet Minister told The Times: ‘One of the big problems with [Cummings’s] pull the pin out of the grenade, drop it in the bunker, and see what happens approach is that it is so destabilising…we take several steps backwards before we’ve even started’.

In the world after the pandemic, it is very probable that the debate about state reform in Britain will take a quite different direction to that envisaged by the Cummings’s prospectus. The state is back as an economic actor, and as such, thirty years of antipathy to government as a force for good may be waning. It is public servants who have ensured that furlough wages and benefits are paid on time, while businesses are protected. Discussion will centre on how to restore the capacity of government to tackle major challenges from strategic risks such as future pandemics and climate change, to the long-term implications of the crisis, notably tackling public health inequalities while repurposing institutions. Unquestionably, the overly centralised nature of the British state will come under renewed scrutiny. In this climate, Cummings may well appear a reformer from a bygone era.

This piece was originally published by LSE British Politics and Policy.

Patrick Diamond is a Senior Lecturer in Public Policy at Queen Mary University of London.