A Progressive Alliance? Yes. But Not Against the Electorate. Dr Robert Saunders

In a powerful blog post, the economist Simon Wren-Lewis issued a call to arms to Britain's Opposition parties. 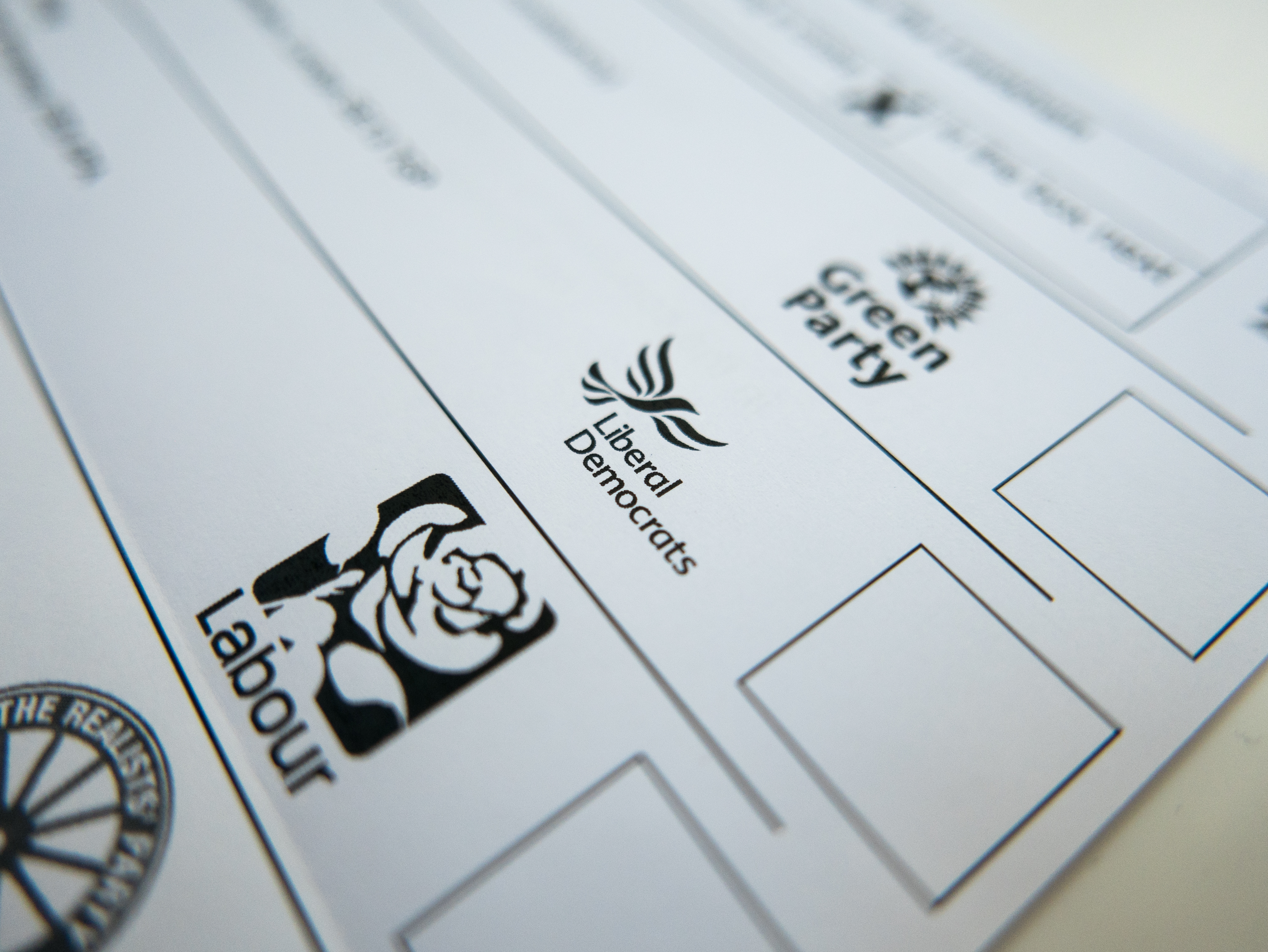 Image of a ballot paper.

"It is imperative", he wrote, "that this government is defeated as soon as possible"; but "as things stand, the chances of defeating Johnson at the next election are minuscule". To change that dynamic, he argued, they should agree an electoral pact, standing down candidates in order to concentrate their fire. It was essential "that just one opposition party fields candidates in key marginals".

Wren-Lewis is right on both the scale and urgency of the task before the Opposition. But there are serious problems with standing down candidates, which need more consideration if a democratic alliance is to result.

Under Boris Johnson, the Conservative Party has taken a dangerously authoritarian turn. It seems unmoored from any ethical or moral constraints and is actively dismantling many of the political and judicial limits on its power. It enjoys a landslide majority in the Commons, won on just 44% of the vote, and its poll share is swelling with the success of the vaccine. Boundary changes are likely to increase that majority (though it remains unclear how far), while its Voter ID law imports American techniques of voter suppression. Electoral history is full of surprises, but it would be a bold prophet who bet against a fifth consecutive Conservative victory in 2023-24.

The Conservatives enjoy many structural advantages in British politics: not least a near-total dominance of the press and access to much greater financial resources. In particular, they benefit from the variety of Opposition parties, in an electoral system that punishes fragmentation. In 2019, for example, Labour and the Liberal Democrats shared 33,000 votes in Kensington; yet the Conservatives took the seat with fewer than 17,000. Had just 151 voters switched from the Liberal Democrats, Labour would have held the seat. In the Cities of London and Westminster, 24,720 voters opted either for Labour or the Liberal Democrats, allowing the Conservative to win with 17,049. Two years earlier, Labour had come within a whisker of capturing Finchley and Golders Green. But in 2019, a strong Liberal Democrat candidate - Luciana Berger - drove up her party's vote from 3,463 to 17,600. Berger and her Labour opponent split 30,947 votes between them, while the Conservative won comfortably with just 24,162.

Attempts to encourage "tactical voting", where voters pick the party most likely to beat the Conservatives, have enjoyed limited success. Tribal loyalties remain strong, and in some constituencies, like Kensington, it was not clear which party voters should rally behind. Tactical voting apps can give contradictory advice (sometimes, perhaps, deliberately), and studies suggest they may actually have increased confusion among the electorate in 2019.

The failure of tactical voting explains some of the support for an electoral pact, in which parties would actively stand down candidates in target seats. Offering only one candidate, it is claimed, would avoid splitting the "progressive" or "liberal" vote; abolish the uncertainty around tactical voting, and ease some of the strategic dilemmas of holding together a broad coalition within a single party. For example, as Wren-Lewis notes, a pact might reduce the pressure on a Labour leader to promote socially liberal positions that could alienate other parts of his base, since "social liberals fed up with Labour's silence on these issues don't get the chance to vote Green or Lib Dem in key marginals".

Yet that last sentence speaks to the problem with this strategy. It is one thing to advise voters to act tactically; it is another to compel them to do so. The logic of standing down candidates is that voters should not have the option of voting for the "wrong" parties. If Liberal Democrats cussedly insist on voting for their own party in Kensington, that choice must be removed from the ballot paper. If Labour supporters will not vote for the candidate best able to defeat Dominic Raab in Esher, their first choice should be taken away. Where tactical voting asks people not to vote for smaller parties, standing down candidates forbids them to do so. It assumes that voters are not behaving as they should, and tries to force their choice.

Yet voters may have good reasons for refusing to vote tactically. Rightly or wrongly, many potential Labour voters believed in 2019 that the party had become institutionally anti-Semitic. In places like Finchley, they switched their vote to the Liberal Democrats because they could not, in good conscience, support Labour. Forced to make a straight choice between Labour and the Conservatives, it is not at all clear that they would have opted for the former - and it would have been wrong to impose that choice upon them.

In a First Past the Post system, the role of parties like the Liberal Democrats, the Greens and the SNP is not simply to defeat the Conservatives. They also offer a corrective to the failures of the Labour Party. The candidacy of Luciana Berger in Finchley, and the 17,600 people who voted for her, was a revolt against the torrent of anti-Semitic abuse that had driven her out of the Labour Party. The urgent task for Labour is to regain those voters' trust, not try to shrink their options at a future ballot.

None of this is to dispute the importance of cross-party co-operation or the democratic nightmare of First Past the Post. The more parties can work together, building common policies and approaches, the better. If they can agree a shared platform for constitutional change, including an end to the scandal of our current electoral system, we will all benefit. This will require cultural, as well as political change: the Labour Party, in particular, needs to stop viewing smaller parties as poachers on its estates, or those who vote for them as failing a test of virtue. Parties can legitimately choose where they concentrate their resources: Labour would have been wiser not to direct activists to Finchley in 2019, in order to punish Berger for her defection.

But the democratic case against First Past the Post is that it shrinks voter choice and confronts the electorate with an impoverished range of options. Opposition parties should not be increasing that problem in a bid to restore their electoral fortunes. A Progressive Alliance? Yes. But not against the electorate.

Dr Robert Saunders is a Reader in British History and a former Director of the Mile End Institute at Queen Mary University of London.

This piece was originally published on The Gladstone Diaries, a personal blog by Dr Robert Saunders.