The new Universities Minister Sam Gyimah has said that a review of student tuition fees is on the way. He was speaking at the Mile End Institute at Queen Mary University of London, in his first public appearance since his appointment to the role. 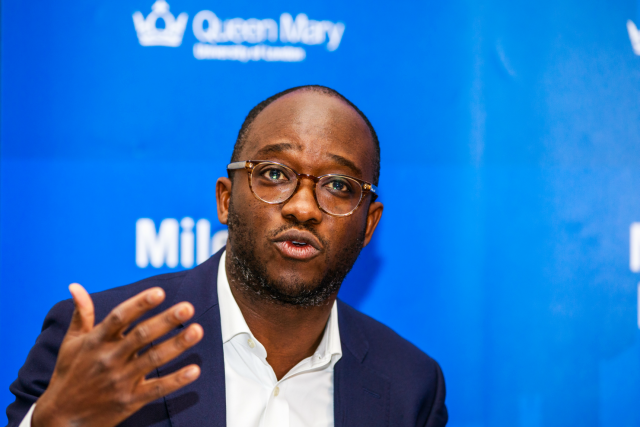 Speaking to Professor Philip Cowley, Director of the Mile End Institute, Mr Gyimah said: “If you look back at the 2012 reforms…I think it’s right that we go back and see how it’s working across the university system.” He refused to be drawn on the timing of the review, other than to say “there is a review coming.”

This review came into place in 2012, there are things working well, and we shouldn’t forget that. Sustainable funding for universities was one of the objectives and the other objective was to make sure that it was fairer. Whatever Comrade Corbyn says, I don’t think we’re going to back to an era where students do not contribute to their fees,” said Mr Gyimah. He said student finance is about more than just tuition fees, and that he was stunned to find out about parts of London in which students are expected to pay rent annually in advance.

He said that one of his priorities as Minister will be to help uphold free speech on campus, saying that the experience of going to university “should be an assault on the senses”. “It’s where you go from home, often for the first time, meet people who are completely different to you, different points of view, different experiences, and that is a core part of the university experience and that is something that should be encouraged and should flourish. “I think it would be a tragedy to have the kind of censorship that some US universities have become known for, but at the same time you don’t want free speech being an excuse for the kind of baiting that you get from the likes of Milo Yiannopoulos for example. You want free speech to be within the law, but also conducted in a civil and graceful manner.”

On the issue of access to higher education, he said there should be no limits on aspiration. He said he would need time to examine the evidence before commenting on whether there are too many or too few students in the university system. In an article for The Times [subscription required], Mr Gyimah said: “My first visit since taking up the role is to Queen Mary University of London at their Mile End campus today. The make-up of their student population really is a success story for widening the access to higher education; 91 per cent went to state school, 60 per cent are from BAME backgrounds and 27 per cent come from families whose taxable income is less than £10,000. Queen Mary’s record is something I hope all universities can and should be able to replicate in the future.”

In Conversation at the Mile End Institute