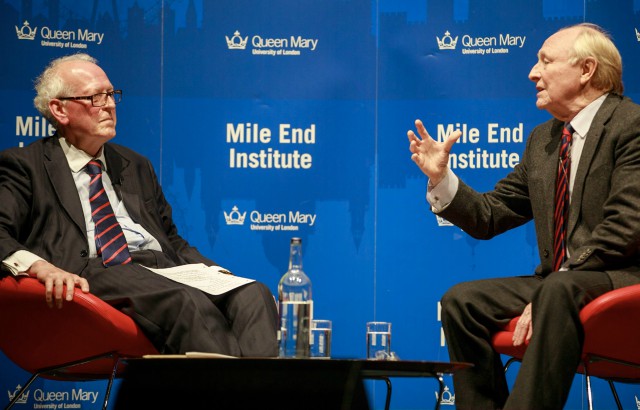 “[We should] seek to ensure a way of sliding at the most gradual rate into a changed relationship…and in the course of that, giving people another opportunity to examine what it implies for themselves, their families, their community – and the future of their young. These should be the dictating realities on which democracy takes its decisions,” said Lord Kinnock.

He welcomed the fact that Jeremy Corbyn and Momentum have attracted so many young people to Labour politics, but warned the current leadership against trying to ensure the dominance of a single point-of-view. He expressed concern that so much energy at the Labour Party conference was devoted to “mechanistic changes intended to install one set of opinions.”