The Tory party is more useless than nasty

Tim Bale, Professor of Politics at Queen Mary University of London, writes on May's predicamentat as an inevitable consequence of the flawed way the Conservative Party chooses its leaders. 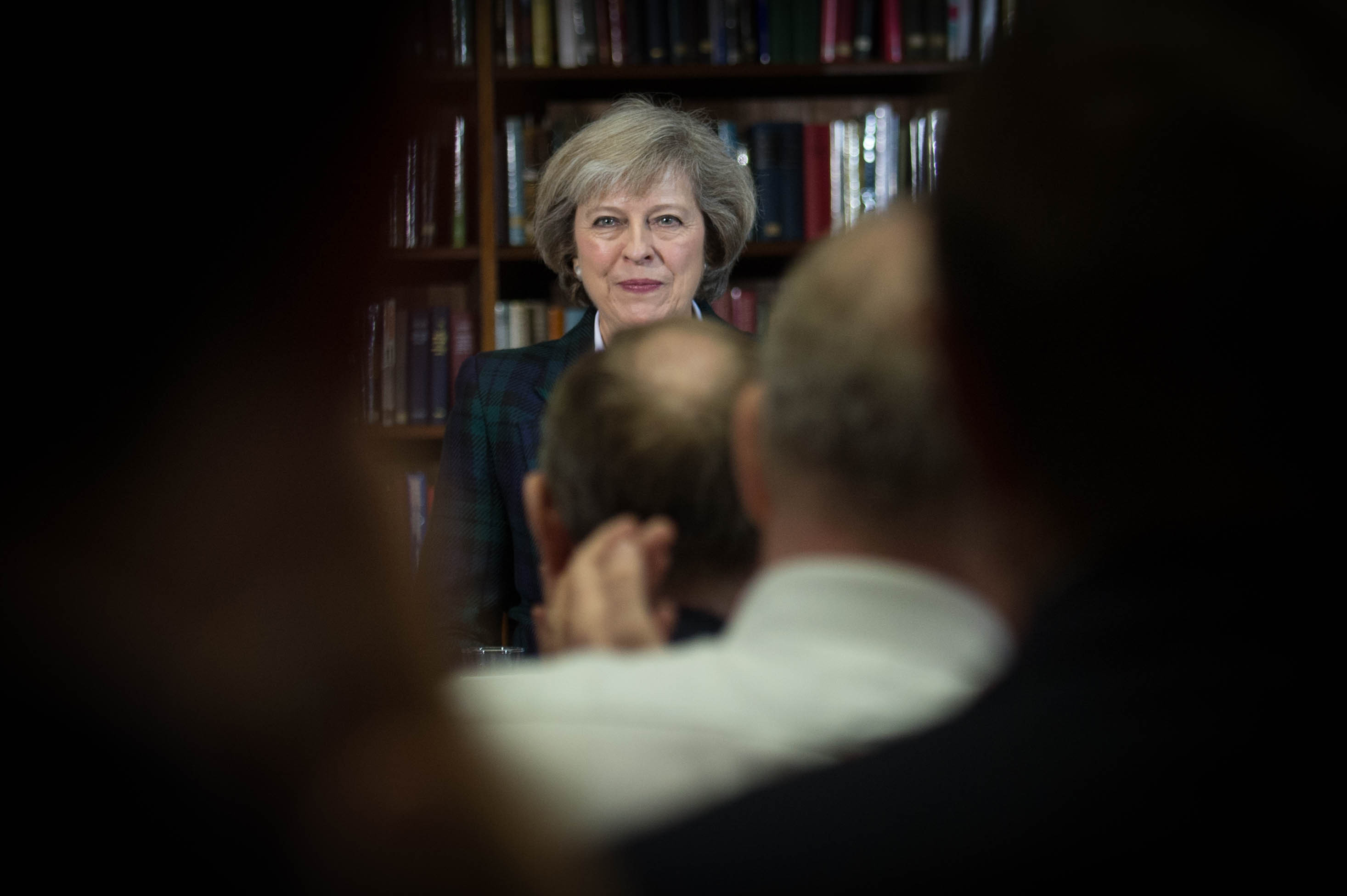 In fact, the portrait of the … campaign that emerges from these pages is that of a Titanic-like disaster: an epic fail made up of a series of perverse and often avoidable missteps by an out-of-touch candidate and her strife-ridden staff that turned “a winnable race” into “another iceberg-seeking campaign ship.” It’s the story of a wildly dysfunctional and “spirit-crushing” campaign that embraced a flawed strategy (based on flawed data) and that failed, repeatedly, to correct course. A passive-aggressive campaign that neglected to act on warning flares sent up by operatives on the ground … and that ignored … advice.

Except, of course, that it doesn’t sum up that campaign. I’ve lifted those words from the New York Times’s review of Shattered: Inside Hilary Clinton’s Doomed Campaign by Jonathan Allen and Amie Parnes to make a point. And the point is this: as a political party you can have access to the greatest resources and some of the cleverest people on the planet, but that doesn’t mean you necessarily know what you’re doing or that you’re going to win—especially if the person in whom you’ve invested all that money and all that expertise simply isn’t up to it.

On the face of it, the Tory Party looks less likely than its rivals, and its counterparts in other countries, to land itself in that predicament. After all, its rules make it a good deal easier to ditch a leader who isn’t doing well than is the case in many other parties. They also limit the choice of candidates available to ordinary members voting in its leadership contests to two people who’ve been effectively vetted by MPs—who, in turn, have presumably had a pretty good chance to see what the candidates are made of at close quarters over a few years at Westminster.

But in reality, it doesn’t often work out like that. When leaders are struggling, they are allowed to carry on far longer than is sensible—so much so that the Tories can easily appear more useless than ruthless. And when they eventually do get replaced, the party often seems more intent on picking people for want of a better alternative, or for who they’re not, rather than for who they are.

Both of these principles applied in spades when it came to Mrs May getting the nod last year—as anyone who saw the BBC’s hilarious Theresa vs Boris on Sunday 18 June will attest.

Hers, just like Michael Howard’s back in 2005, was a faute de mieux coronation, designed to allow up a ‘grown-up’ to ‘get a grip’ on a situation that might otherwise have spun out of control after the party suddenly found itself rudderless—in May’s case after Cameron stepped down post referendum, and in Howard’s after the hapless Iain Duncan Smith had finally been put out of his misery following two whole years of it being painfully obvious to anybody paying attention that he was a total and utter embarrassment.

But in neither case was there any evidence whatsoever that the leader who’d just been handed the crown—without, remember, being required to show grassroots members what they could do on the stump—was going to be the kind of campaigner who could connect with people out there in the country.

Still, even if a full-blown leadership contest had allowed the party to field-test the Maybot, that’s no guarantee that it would necessarily have been on to a winner. And that’s because the winner of such contests is too often chosen primarily because they’re best placed not to charm the electorate but because they’re best placed to stop someone else: Major, it’s true, turned out (unlike Theresa May) to be capable of winning a (slim) majority and getting out on his soapbox but he was given the post-Thatcher nod in 1990 primarily because he wasn’t Heseltine; Hague got it in 1997 because he wasn’t Clarke; and Duncan Smith got it in 2001 because he wasn’t, again, Clarke—or Portillo.

Even David Cameron, the only Tory leader chosen in the last forty years who can claim to have secured the top job because he looked better able than his rival to win an election, also got it in part because he wasn’t that rival—an old hand who even those who didn’t think he was an arrogant shit thought he was a lazy one.

And who was that man? Why, none other than one David Davis, Brexit Secretary and currently the hot favourite to take over from Mrs May when eventually she and her party bow to the inevitable.

To the Conservative Party, which clearly isn’t as brilliant at this stuff as many people still seem determined to imagine, I say, ‘Good luck with that.’

This article first appreared in Prospect Magazine on 20 June 2017.