Much deserved praise has been showered on the Institute of Public Policy Research’s final report from the Commission on Economic Justice. Published at the start of September, its advocacy for decentralisation, wealth taxation and an active state has captured imaginations. 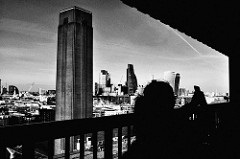 Left-wing economists like Simon Wren-Lewis and politicians like John McDonnell and Rachel Reeves have placed the report on a pedestal, while media ranging from the Financial Times to Novara Media have welcomed it. The UK is economically stagnating and grotesquely unequal. Unsurprisingly, a broad section of the commentariat want solutions.

Some, including McDonnell, have compared it to William Beveridge’s famous 1942 report tackling the ‘five giants’. But for the historian, the report has multiple historical echoes. Back in 1994 the IPPR published another ‘Beveridge 2.0’ report – the Commission on Social Justice. Periodically since the war, the British intellectual left have tried to refresh their thinking on the economy. It is revealing to scrutinise how the IPPR’s 2018 Commission echoes past attempts, where it differs, and what it leaves out.

The crux of the report’s argument is that reducing inequality and boosting long-term growth advance together. This is a classic theme of both social democracy and democratic socialism in Britain. The think tank argues convincingly that low wages feed into low productivity, as firms and businesses rely on cheap labour rather than invest in new technologies and production methods.

Indeed, a major foundation of their analysis is the charge that British capitalism is too ‘short-termist’. This ‘short-termism’ is blamed on factors like the prerogative of equity markets, imbalanced company law, and state abdication from directing investment. This is a long-established idea on the British left. Criticisms of ‘short-termist’ British industry have been repeatedly levelled since the 1960s, by those like Harold Wilson, Tony Benn, Neil Kinnock and Gordon Brown. Some of the policies introduced to tackle this perceived problem also have antecedents. As recently elaborated by historian Richard Carr, the National Investment Bank, championed by economist Mariana Mazzucato and featured in this report, has a long history in the Labour Party and beyond.

The differences are also revealing. At one point, the report discusses the ‘modernisation’ of labour market regulation. While using similar language to the 1994 Commission, the think tank’s conclusions today show how times have changed. In the 1990s, the ‘modern’ labour market was increasingly ‘flexible’, but in the political and economic context of 2018 the IPPR is more likely to emphasise the downsides of flexibility for inequality and welfare. Of course, both commissions share similar policies, agreeing on extending full employee rights to full and part-time workers, statutory wage floors, and lifelong learning accounts. Still, today’s report is notably firmer, advocating ‘hardwiring’ distribution into the economy through expanding collective bargaining to 50 per cent of employees and introducing a higher minimum wage for zero-hours contract employees.

Most strikingly, the 2018 report restores manufacturing to the front and centre of a left-wing industrial strategy. At the think tank, Grace Blakeley and others have emphasised the benefits of a strong manufacturing sector for the wider economy. Manufacturing is a ‘high value added’ sector and helps create ‘good jobs’ outside of London. Additionally, the thinking goes, it is much more easily exported than services, thus improving the current account of the balance of payments and reducing the UK’s dependency on capricious financial flows to fund current consumer expenditure.

From a historical perspective, this argument is very familiar: it used to be Labour orthodoxy across left and right. Attlee’s government pursued industrial ‘modernisation’ policies, and sympathetic economists ranging from Nicholas Kaldor to Stuart Holland championed the fortification of the manufacturing sector in the 1960s and 1970s, as did Labour leaders like Kinnock the following decade. In 1989, rising star Gordon Brown argued that ‘[i]t is through manufacturing that we will succeed or fail’. Into the 1990s, figures like David Marquand and Will Hutton also sketched out a developmental-state model, inspired by (West) Germany, Italy and Japan, where the state deliberately cultivated a high wage, strong-exporting manufacturing base.

Yet during the 1990s this idea lost influence with many on the centre-left. Reflecting political pressures, employment deindustrialisation and intellectual currents of the time, the left’s focus shifted far more to education and training and away from manufacturing. A key development was the circulation of ‘endogenous growth theory’ through figures like Ed Balls, which stressed the role in capacity growth of ‘human capital’ and infrastructure more than fixed capital. Thus, ‘human capital’ dethroned manufacturing within centre-left visions of industrial policy. By the mid-1990s, Brown was no longer talking about balance of payments manufacturing deficits, but instead skills gaps and state-led human capital formation.

This can be seen in the historical trajectory of the IPPR. The initial spur of its 1994 commission was electoral – John Smith established it after the 1992 ‘shadow budget’ and general election defeat. However, its focus on social policy was also indicative of a left preoccupied with intervening in the human side of the economy to boost long-term growth. This story is complicated and New Labour’s emphasis on supply side ‘modernisation’ had roots in Labour’s traditions as much as it derived from new-fangled economic theories, but the shift in emphasis was real enough.

In this light, the IPPR’s championing of a state-driven resuscitation of a manufacturing ‘base’, to spearhead export-led prosperity and equality, marks a major break from the political economy of the 1990s and 2000s. Revealing a growing consensus on the British economic left, Jeremy Corbyn’s recent Birmingham speech made similar contentions.

However, here a note of caution is needed. Recent scholarship by economic historian Adam Tooze on the 2008 crash has posed awkward questions for this argument. Champions of an exporting industrial strategy analytically depend on national-economic frameworks, like the balance of payments. In previous work, Tooze himself traced the historical creation of this national-economic paradigm in the twentieth century, particularly through the development of economic statistics, upon which talk of ‘current account deficits’ relies. But in his new book Crashed, he draws on a burgeoning financial literature to expose the growth of a new, ‘macrofinancial’ North Atlantic system, built upon short-term wholesale money markets and highly leveraged, dollar-denominated credit, as a key motor of global capitalism. Nationally-framed macroeconomic models are finding it increasingly difficult to explain economic dynamics in a world where the ultimate backstop of ‘systemically important’ European banks is the American Federal Reserve and its direct supply of dollars.

The implications of this development should not be underestimated, and may transcend the framework underpinning the IPPR’s growth model. Since 2008, countries with diverse industrial bases and current account surpluses have been severely buffeted by the headwinds of macrofinancial chaos, just as much as those who exhibit the traditional ‘warning signs’ like the UK. Being a national exporter or importer seems to matter less and less. China’s near-scrape with disaster in 2015 is a case in point. Though the IPPR does suggest financial sector reform and expanding the remit of the Bank of England, no amount of encouragement of ‘patient investment’, though valuable in itself, will tackle this issue on its own. Further policy work on how a left-leaning government contends with this ‘macrofinancial’ context, and modern global capitalism’s increasing dependency on monumental volumes of high-velocity credit, is sorely needed.

The IPPR have proposed many worthwhile and necessary reforms to improve equality, democratic participation, and social justice. Yet, their reliance on an export-driven growth model may not be enough to protect the UK from immiseration in plausible future crises.

Colm Murphy is a PhD Student at Queen Mary University of London, researching the history of ‘modernization’ on the Labour left.