The Future of Socialism sixty years on

Anthony Crosland’s The Future of Socialism still offers the left a compelling account of equality and liberty, says Simon Griffiths, but lacks a convincing account of how we achieve those values without economic growth. 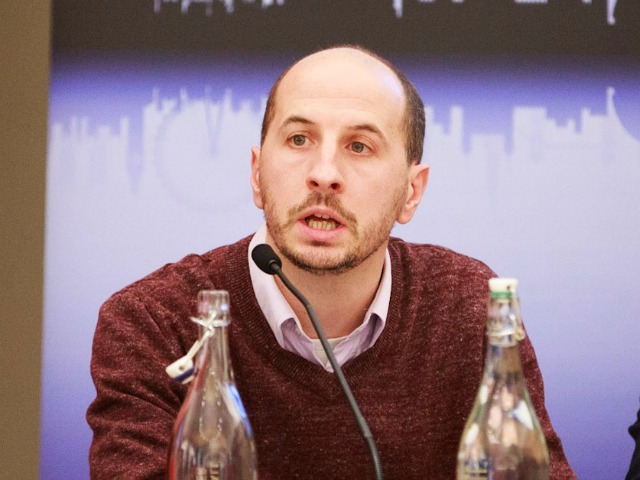 The values of a good society: democratic equality and equal liberty

At the heart of Crosland’s socialism was a belief in equality. With any account of equality, the question is always - in Amartya Sen’s phrase - ‘equality of what’?

Crosland rejected a narrow approach – equality was not simply economic. His broad understanding of the concept – which he described as ‘democratic equality’ - included class and status, as well as income and wealth.

Crosland’s argument for equality was based on the idea of a ‘classless society’.

In 1952 he wrote: “The purpose of socialism is quite simply to eradicate this sense of class, and to create in its place a sense of common interest and equal status.”

This is more redolent of the early twentieth century socialist, RH Tawney’s argument for ‘fellowship’, and Max Weber's account of status, than it is to the materialist approach of Marx. It sets socialism on an ethical, rather than an economic, foundation.

For Crosland, this meant that education, which makes possible the equalisation of class, status and opportunity, is as important as economic redistribution in creating an equal society.

It explains Crosland’s war on those institutions that promote inequality, division and hierarchy, such as grammar schools - which he famously, colourfully, pledged to destroy.

It also explains Crosland’s scepticism about private schools that do not demonstrate their contribution to wider society. in this, Crosland is still relevant to the left today.

Crosland also reminded socialists of the importance of individual liberty to a good life - marking a departure from the drab economism of earlier socialism.

This is most famously set out in a passage in which he advocates “Liberty and Gaiety in Private Life”, and (in language which evokes the drabness of post-war Britain), calls for, among other things, more open-air cafés, brighter and gayer streets at night, late licensing for pubs, and better hotels and restaurants.

He rejected the economism and puritanism of Fabianism, which had dominated British socialism, arguing:

Now the time has come for a reaction: for a greater emphasis on private life, on freedom and dissent, on culture, beauty, leisure, and even frivolity. Total abstinence and a good filing-system are not now the right sign-posts to the socialist Utopia: or at least, if they are [he added with something of nod to his own private life], some of us will fall by the wayside.

Today, at a time of reaction, this commitment to expanding individual liberty is no less important to progressive causes.

The US has just elected a Congress where a significant proportion of members are in in favour of curtailing the reproductive choices of women, the rights of gay and transgender citizens, and ethnic minorities; and a President who appears to see freedom as license for the powerful.

In recent political theory, one of the most powerful bulwarks against the arguments of the right came from Raymond Plant, who explicitly drew on and developed Crosland’s ideas.

Plant’s response to the question ‘equality of what?’ was that equality should be about liberty, so that freedom is of roughly equal value to every citizen.

Creating a society where that is the case, should be the primary role for the left. Crosland provides the basis for this politics, linking freedom and equality inextricably as part of the good society.

The driver of a good society: political economy

The great unanswered question on Crosland comes from his political economy. He argued that a more free and equal society could only be achieved with a growing economy that allowed redistribution while no one lost out in real terms.

For much of the post-war consensus, the engine that provided the basis for the acceptance of Croslandite socialism was Keynesian economics.

Early on Crosland had been particularly sanguine about this. Writing in the early 1950s, Keynesianism plus the reforms associated with the post-war Labour government marked an end to capitalism and the emergence of statism: short of socialism, but a start nonetheless.

For Crosland, Keynesianism could provide the engine for the growth that allowed reform.

Crosland’s argument that the proceeds of economic growth could be used to create a more social democratic society was reborn under New Labour, albeit around a very different economic consensus.

Gordon Brown, in particular, argued that a market-based growth model could provide the engine that could enable social democratic reform.

From the mid-nineties to the financial and economic crash, this model worked relatively well, with tax receipts from a booming financial service sector allowing substantial redistribution, largely through investment in public services and directed welfare payments.

Brown, in particular, was operating in a kind of post-Keynesian, market-based form of Croslandite social democracy.

Yet, as the post-war consensus spluttered to a halt, Crosland himself admitted the difficulties that his socialist revisionism faced.

In 1975 he acknowledged that “with hindsight, the early revisionist writings were too complacent in tone”. Crosland never provided a lasting account of the engine for economic growth.

Crosland’s contribution encompassed important areas that are not touched on here. Yet, despite the continuing relevance of his views on liberty and equality, Crosland’s writings fail to answer the question that the left continues to grapple with today: how can we achieve a good society without a growing economy?

Simon Griffiths is Senior Lecturer in Politics at Goldsmiths University of London. His research is mainly in the recent history of British political thought and on contemporary debates in the public services, particularly in health and education. He was formerly Senior Policy Advisor at the British Academy, worked at a leading think tank, as a parliamentary researcher and for the sociologist, Anthony Giddens. This article is based on his contribution to the Mile End Institute/Policy Network conference, The Crosland Legacy.