Reversing Brexit would be catastrophic for politics, says Lisa Nandy

Remainers need to drop the idea of reversing Brexit, according to Lisa Nandy MP. Speaking to Professor Philip Cowley at QMUL’s Mile End Institute, she the consequences of a reversal would be catastrophic. 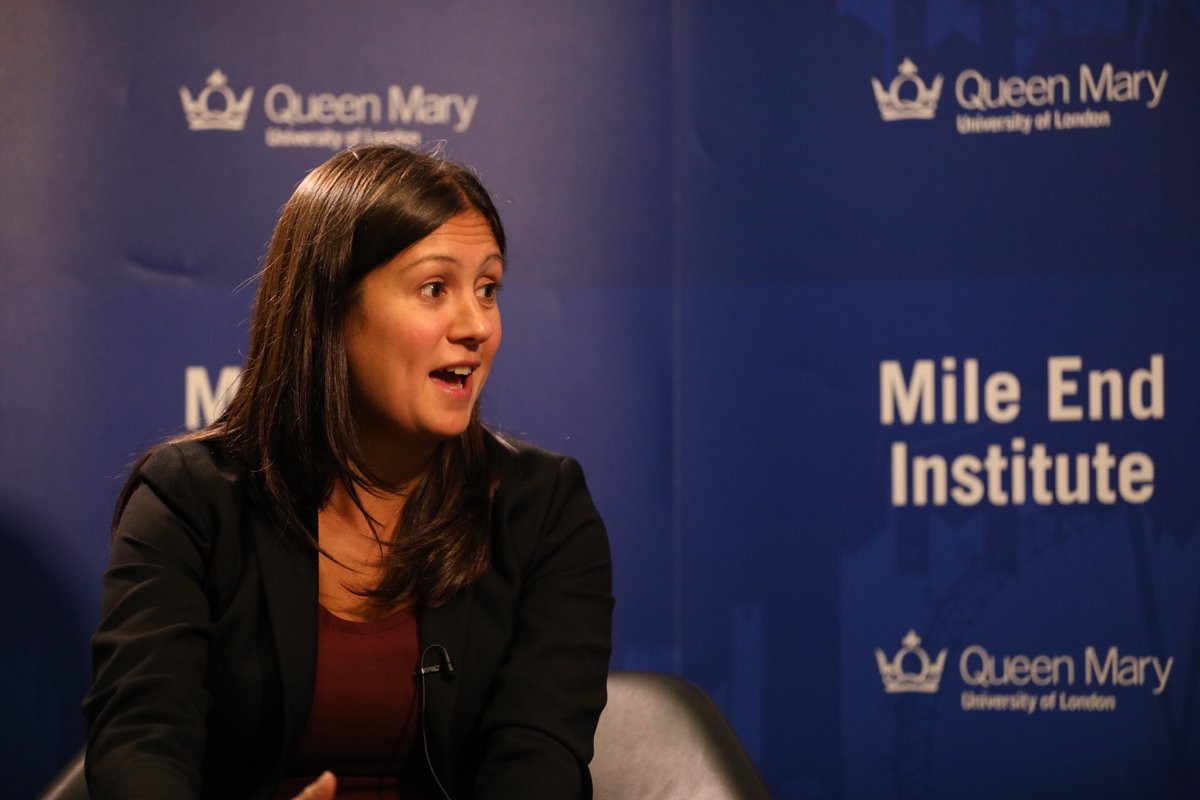 While she campaigned heavily to remain in the EU, she said that the referendum gave a voice to a group of voters who felt marginalised and angry – and that this voice should not be ignored.

“There were people who came out to vote in this referendum who hadn’t voted for years. It was quite inspiring in a way, and I don’t say that lightly – I know that for many people this is an absolutely desperate situation that we find ourselves in. But it was inspiring because for a long time we’d written off that group of people. We thought they were apathetic – it turned out they weren’t apathetic, they were angry.”

She added: “I heard a roar of noise from a group of people who felt that over the last ten, twenty, thirty years, that life has got harder and less hopeful. Work has got less secure, money has got tighter, mortgages got harder to pay. They’re spending less time with their family and more of the things that they value – green spaces, decent high streets, libraries – are under threat or disappearing. They felt like this was the last line of defence for the things that matter, for people like me to wake up and listen and respond.”

She said that the worst thing that politicians could do, having heard these voters, is to attempt to roll back the result of the referendum.

On the issue of Labour MP Jared O’Mara, she said that she was in favour of suspending him from the party [O’Mara had not been suspended at the time of the event].

“Suspension is not a presumption of guilt or a way to stop individuals who want to express remorse…but we have a very clear process in the Labour Party which in my view ought to be upheld. In this case, as in previous cases, it’s absolutely clear: we suspend and investigate and we make a decision,” said Ms Nandy.

She said that while she is sympathetic to the fact that his comments occurred a long time ago, women are entitled to expect more from their members of parliament.

“It matters because what I’ve seen in the last couple of weeks in this outpouring is the attempted normalisation of some of the things we’re hearing, and the victim-blaming that goes on. I can imagine people saying well they’re a girl band, what do you expect – it’s okay to objectify them – well it’s not actually, it’s corrosive and damaging,” said Ms Nandy.

She added: “…we’ve just had a couple of weeks where we’ve had a huge outpouring from women, breaking a collective silence, that has held probably all of my lifetime about the impact of being sexually harassed and abused. I don’t know a single woman in this country who hasn’t experienced some kind of abuse or harassment.”

Ms Nandy also said that there is a more than 50 per cent chance that the next leader of the Labour Party will be a woman.