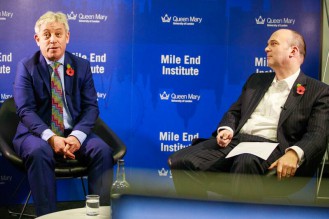 You can sign up for updates from the Mile End Institute, here.