Labour remain popular in the capital whilst nearly a third of Londoners state that they would never vote Conservative, according to new poll

Nearly half of Londoners would vote Labour in a future general election according to a new poll conducted for the Mile End Institute at Queen Mary University of London. 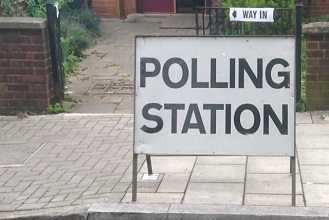 Only UKIP were less popular in the capital with 67 per cent of Londoners stating that they definitely would not vote for the party. A Mile End Institute poll released on 10 December shows that more than half of Londoners (54 per cent) would vote to remain in the EU if a second referendum was held.

When it came to the next London mayoral election, more than half (55 per cent) said that they intended to vote for Labour’s Sadiq Khan, with Conservative candidate Shaun Bailey attracting support from 28 per cent.

47 per cent thought that Sadiq Khan was doing a good job as Mayor of London, up from 44 per cent in a previous poll.

Philip Cowley, Professor of Politics at Queen Mary University of London and Director of the Mile End Institute, said: “This latest poll shows that despite gains that the Conservatives have made in London, it’s not enough to challenge Labour’s lead in the capital in terms of both Westminster and mayoral election voting intentions.”

All figures, unless otherwise stated, are from YouGov Plc. Total sample size was 1,020 adults. Fieldwork was undertaken between 3 and 6 December 2018. The survey was carried out online.

The figures have been weighted and are representative of all London adults (aged 18+). YouGov is a member of the British Polling Council and abide by their rules.