Labour conference: Jeremy Corbyn battles it out with members over Brexit

Tim Bale, Professor of Politics from Queen Mary University of London has written an opinion piece for The Conversation about Jeremy Corbyn's leadership of the Labour Party and their stance on Brexit. He argues that Corbyn – supposedly a very different leader of the Labour Party and one who promised to be guided by its members – will probably get away with ignoring them when it comes to Brexit. 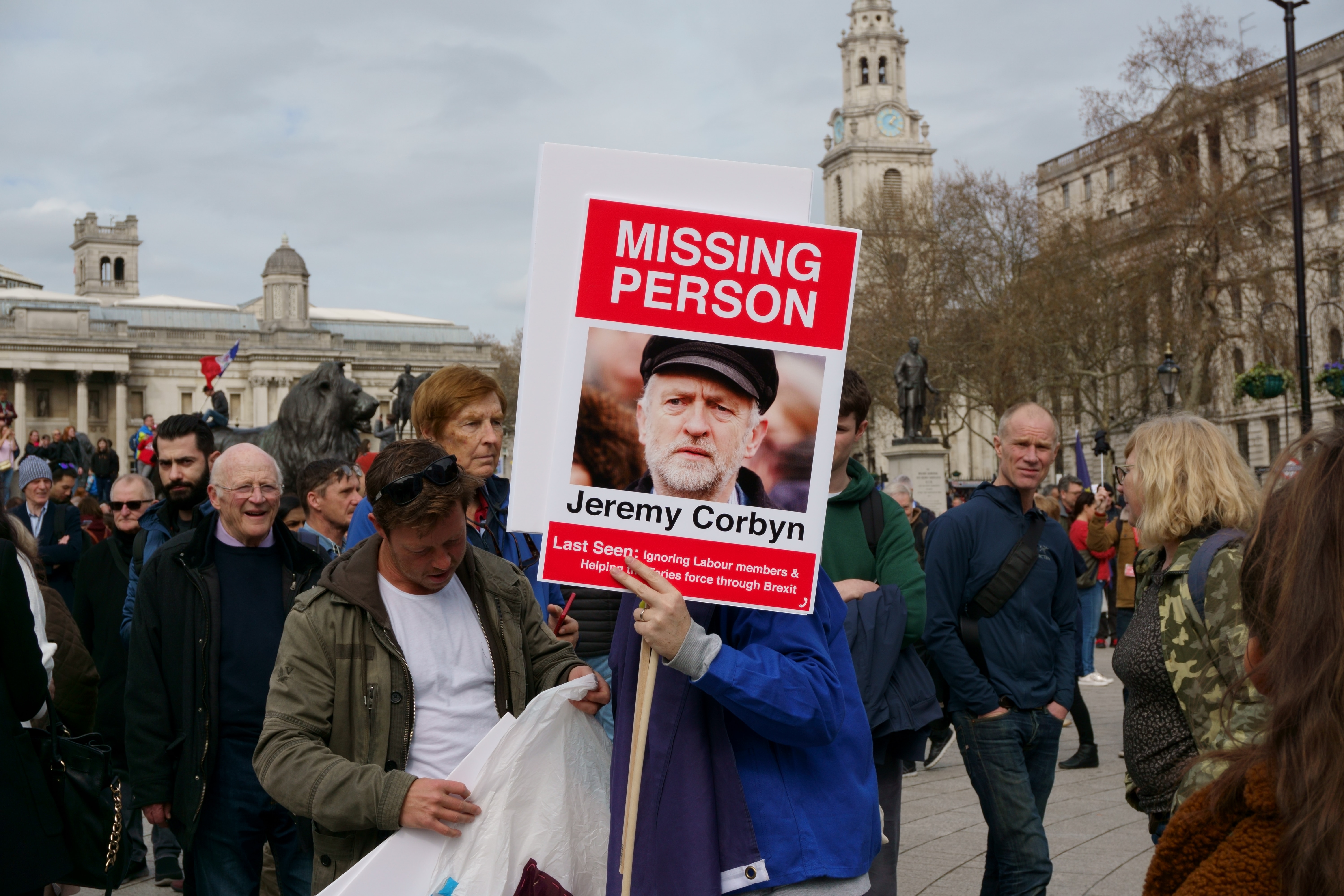 Labour’s conference in Liverpool last year was essentially about defusing a bomb that threatened to go off over Brexit. And it looks like this year will be the same.

That’s because there continues to be a major mismatch between what the party’s membership wants on Europe and what its leadership – Jeremy Corbyn, his (now slightly reduced) coterie of close advisors, and a handful of powerful trade union general secretaries (most obviously Unite’s Len McCluskey) – is prepared to give them.

As the survey research for our new book, Footsoldiers: Political Party Membership in the 21st Century, makes clear, Labour’s rank-and-file are overwhelmingly pro-European. Eight out of ten of them voted Remain. Three-quarters of them want a second referendum. And if one were held, nine out of ten of them would vote to stay in the EU.

None of this is lost on the leadership, not least because they’ve seen our research reported in the media. Local constituency Labour parties (CLPs) have made their feelings clear by submitting dozens of motions for debate at conference with a heavy Remain focus. And it has made a difference. Don’t forget that Corbyn’s first response to the result of the referendum in June 2016 (after a campaign in which his efforts to persuade voters to plump for Remain can only be described as lacklustre) was to demand the triggering of Article 50 – and without a vote in parliament to do so. Now, Labour is not only adamantly against a no-deal Brexit but claims it would like to see a “People’s Vote”.

Yet doubts persist – and if you watch Corbyn’s pre-conference interview with ITV’s Joe Pike, you can see why. Asked if he supports Leave or Remain he refuses to answer – eight times.

Moreover, in the run-up to the Brighton conference, Corbyn has effectively attempted to preempt the party’s decision on what its Brexit policy should be by announcing it in advance. He has declared that the plan is to win a general election, negotiate a new withdrawal agreement (one apparently involving a closer economic relationship with the EU) and then put that to voters in a second referendum. This referendum would include an option to remain, too.

Whether this convoluted stance can carry Corbyn and co. through said general election is debateable. Anyone unfortunate enough to have witnessed what happened to Labour’s shadow foreign secretary, Emily Thornberry, when she tried to explain it to the audience on Question Time a few weeks ago is bound to have their doubts.

Emerging bloodied but unbowed from that particular car crash, Thornberry has gone on to add a new twist by asserting that Labour would support the passage through parliament of a last minute deal with the EU negotiated by Boris Johnson as long as it was made conditional on a referendum. Shadow chancellor John McDonnell, however, has very publicly poured cold water on the idea. No wonder an opinion poll released on Sunday showed over two thirds of voters thought Labour’s policy on Brexit was “unlcear”.

Quite why the leadership insists on putting its spokespeople (and presumably its members) through such agonies is not entirely obvious.

We often hear that it is worried about losing so-called “Labour Leave seats” if party policy strays too far towards Remain. Yet even a cursory look at the numbers suggests that (because a large majority of Labour voters in those seats voted Remain anyway) this fear is seriously overblown.

If that is indeed the case, then the only other explanation is that the leadership really isn’t that bothered about Brexit. That might be because it hopes the Tories will take the blame if exiting the EU makes a terrible mess or it might be because it truly believes Brexit will give a Labour government greater freedom to make a success of the economy – despite that widely being considered a fallacy.

Putting it to the vote

It is hardly surprising, then, that nearly 100 CLPs have submitted motions to conference on Brexit. More than 60 of these demand Labour commit to campaigning for Remain. Yet, if last year’s “compositing meeting” (a process during which multiple motions are turned into an anodyne one that can be put to a vote in the conference hall without overly embarrassing the leadership) is anything to go by, they may end up with a motion that says less than they’d like.

But even if Labour’s Remain membership does get the kind of wording it wants, there is no guarantee that it will gain a sufficient majority (especially given union opposition) to see it go into the party’s programme and therefore make it a contender for Labour’s next manifesto. And even if that motion is sufficiently well-supported, there is no guarantee that it would subsequently make it into Labour’s election platform - not least because it may turn out to be one of two “official” statements on Brexit that emerge from Brighton this week: the NEC, Labour’s top decision making body, opted on Sunday lunchtime (via, believe it or not, a round-robin email), to support Corbyn’s line that the party will not make up its mind on whether to campaign for Remain in any referendum until after the general election.

But anyone, therefore, expecting a fatal shootout on the South Coast this week shouldn’t hold their breath. Corbyn – supposedly a very different leader of the Labour Party and one who promised to be guided by its members – will probably get away with ignoring them yet again. And he’ll do so by doing exactly what his supposedly right-wing, war-mongering, neo-liberal predecessors did: namely, use a combination of good old-fashioned bureaucratic manoeuvring and trade union muscle to ensure he gets what he wants rather than what they want.

And as our research in Footsoldiers makes plain, most Labour members are very left-wing and even more socially liberal. Many joined the party precisely because “Jeremy” embodies those very values. True, their infatuation might have worn off – after all, the antisemitism stories and his truly dire poll ratings have taken their toll. But most Labour members still love Corbyn. And even now, as we approach what some see as the European endgame, they may still love him more than they hate Brexit.

This opinion piece was originally published in The Conversation on 23 September 2019.