EU referendum: one year on. The political parties

As far as the UK’s political parties were concerned, last summer’s EU referendum was a bit like one of those tag-team wrestling matches you see on TV. Although the bout began with everyone thinking they knew who was on which side, by the end of it no-one in the ring – nor, for that matter, in the audience – was sure anymore. Tim Bale, Professor of Politics at Queen Mary University of London, looks at political parties from the UK's EU referendum to the general election. 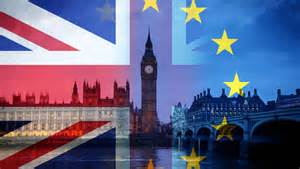 Everyone knew, of course, that the Conservative Party was divided on the issue. But it wasn’t until the bell went and the seconds stepped out of the ring that we (or indeed he) knew that David Cameron was going to be fighting not only Nigel Farage but also Boris Johnson and Michael Gove.

And while no-one expected Jeremy Corbyn to get into the ring at the same time as David Cameron, most people had assumed he’d do his bit. Instead, he spent most of the bout in the dressing room – a decision which allowed grapple-fan favourites like Kate Hoey and Gisela Stuart to give the distinct, but misleading, impression that Labour’s MPs were as divided on whether to leave or remain as their Tory counterparts.

True, the country’s smaller parties managed to hold things together all the way through to the end. No-one could doubt, for instance, whose side UKIP (which, as usual, forearm smashed above its weight media-wise) was on. The same could be said for the Lib Dems, the SNP and the Greens. And, although no-one was paying anywhere near as much attention as they should have been, both the DUP (pro-Brexit) and Sinn Fein (anti) behaved entirely as predicted.

From referendum to election

After the referendum, things seemed to become a little clearer – at least on the Tory side. The Remainers either retired hurt (David Cameron and George Osborne) or else acted as if they’d always been Leavers (Theresa May and virtually everyone else) – not only to the extent of insisting on a so-called hard Brexit but even talking about “no deal being better than a bad deal.” A handful of Europhiles (kudos, Anna Soubry and Nicky Morgan) refused to drink the Kool-Aid but they were cast into outer-darkness (and booted off the frontbench) as “Remoaners”, replaced by veteran Europhobes like Liam Fox and David Davis.

Labour, however, found it much harder to pull off the collective amnesia trick. Jeremy Corbyn’s AWOL act during the referendum campaign made his critics in the Parliamentary Labour Party even angrier with him than they already were. Interestingly, however, he seemed to escape any censure whatsoever from his youthful fan-base outside Westminster, even though many of them were furious that the UK had voted to leave the EU and therefore might reasonably have wondered if their hero could have done more to avoid that outcome.

Had Labour MPs not lost their heads and triggered a premature leadership contest, perhaps things would have been different. But they did, thereby ensuring that any of Corbyn’s extra-parliamentary army who shared their suspicions that he (and his Shadow Chancellor John McDonnell) had secretly wanted Brexit all along promptly forgot all about their reservations in the rush to defend “Jeremy” against “the chicken coup”.

With Corbyn re-elected, Labour MPs found themselves being asked to go against everything almost all of them had ever stood for by voting in favour of the government triggering Article 50, thereby setting the clock ticking on the UK’s departure from the EU. Most of them managed to swallow their objections and their pride, reasoning that it was the only way of reconciling the difference between their views and the significant support for Leave in many Labour-held constituencies that looked vulnerable either to UKIP or to the Conservatives as a result. That said, nearly 50 MPs voted with their consciences and in many cases (and surely not coincidentally) with their largely Remain-supporting constituents.

In the wake of Article 50, Labour’s position on what it wanted out of the Brexit it had just voted for remained, to put it mildly, a little unclear. Had it fully reconciled itself to rejecting freedom of movement and therefore leaving the Single Market? What exactly was the have-our-cake-and-eat-it solution that it was proposing if it wasn’t “the Norway option”? Would Labour MPs really dare to vote down whatever deal (or no deal) Theresa May eventually agreed with the EU in two years’ time? No-one, not even Labour’s spokesman on the issue, Keir Starmer, seemed to know for sure.

All this confusion, the Lib Dems hoped, would see their fortunes revive as the standard-bearer for “the 48%”. But their prayers proved to be in vain as the bulk of Remain voters, even those who continued to hope Brexit could be avoided, seemed destined, at elections anyway, to stick with the devils they knew rather than throw their lot in with Tim Farron.

Brexit’s biggest loser, however, was obviously UKIP. Farage, who stepped down to spend less time with his family and more time with his new best friend, Donald Trump, proved predictably irreplaceable. Meanwhile, Mrs May was offering his voters not only more Brexit and less immigration, but also grammar schools, a war on wind turbines, and whole lot more besides.

Little wonder, then, that she belatedly bought her advisors’ arguments that she should capitalise on the collapse of the Conservatives’ right-wing rival by calling an early general election – a contest which, by delivering her a bigger majority, would, paradoxically, make her less dependent on her own Eurosceptic ultras at Westminster.

It didn’t, of course, turn out that way. Six disastrous weeks later, the Conservatives were returned to Westminster with fewer MPs and no parliamentary majority, stuck, when it comes to Brexit, between Scylla (Tory “headbangers” insisting on full-speed ahead to a Hard Brexit) and Charybdis (the DUP which wants out of the EU but without a return to a hard border with the South). Whether, in such rough seas, Mrs May or her successor can keep the ship afloat for two full years of tough negotiations with the EU27 is anyone’s guess.

This article first appeared in EU referendum: one year on report published by the Political Studies Association and the UK in a Changing Europe.