Crisis and Reinvention: the State of the Left

A well-attended Mile End Institute event – Crisis and Reinvention: the State of the Left – emphasised both the challenges and opportunities facing the Labour Party. Karl Pike, PhD Candidate at Queen Mary University of London, looks back on presentations given by Professor Andrew Hindmoor, Dr Monica Poletti and Dr Patrick Diamond. 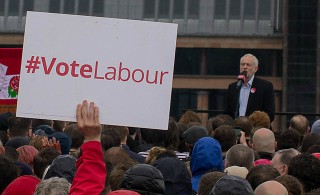 Professor Andrew Hindmoor challenged some narratives on the Left that, he argued, hold a ‘miserabilist’ view of Britain and the records of successive governments, both Labour and Conservative. Such a narrative, Professor Hindmoor argued, is not only inaccurate, but risks undermining the role of the State in redistributive and life-enhancing politics. Defending the ‘yes, but’ frame of modern social democracy was integral to upholding faith in political life, Professor Hindmoor suggested.

Dr Monica Poletti presented evidence regarding Labour’s membership, including the ‘Corbyn surge’ in membership numbers. As Dr Poletti has written about elsewhere (link), ‘new’ members are not necessarily more left wing – though some of them think they are. The overwhelming majority of members are pretty left wing, whether they joined prior to the 2015 general election or after, for example both pre and post-2015 members are pro-redistribution (91% vs 94%). There is an interesting difference in how new members self-position differently on a left (0) – right (10) scale, however, with new members seeing themselves as significantly more left-wing (1.95) than older members (2.39).

Dr Patrick Diamond responded to both Professor Hindmoor and Dr Poletti by placing their arguments in a broader, historical perspective. The records and reputations of Labour governments have, throughout Labour’s history, proved to be divisive debating points – with the Attlee administration, the governments of Wilson and Callaghan, and the Blair and Brown governments criticised for different aspects of their delivery. Dr Diamond argued that the Labour Party has often delivered transformative social and cultural change, yet has fallen short in both its appetite for and delivery of economic transformation – something, Diamond argued, that could still be said of the Corbyn leadership.

The themes coming out of the discussion which followed considered both the apparent contradictions and areas of common ground currently found on the Left. Does the Corbyn surge, and electoral performance in 2017, suggest an alleged ‘miserabilist’ perspective is instead interpreted as being rather hopeful? Would a Corbyn-led administration be accused of complacency soon after taking office? Do some social democrats risk positing pragmatism as an alternative to ideology, rather than being a proponent of what Professor Hindmoor argued should be a pragmatic ideology? And if Labour’s members are so similar in their doctrinal views, to where should we look for the sources of disagreement that seem to exist?

Karl Pike is a PhD Candidate at Queen Mary University of London. His research interests include policymaking in political parties, political leadership, doctrine and ethos of the Labour Party.