Karl Pike, a PhD Candidate at Queen Mary University of London, discusses Labour's internal tension between those who believe in its outsider status, and those who wish to compromise in pursuit of power. 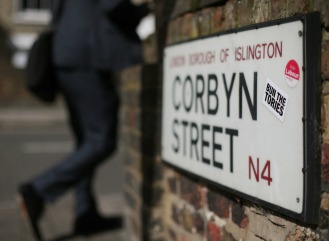 Labour’s astonishing reversal in electoral fortunes, from losing councillors across the country to gaining new MPs, and from apocalyptic polling to a hung parliament, is undoubtedly a triumph for Jeremy Corbyn. Despite being out of office, and entering the next parliamentary term with around the number of MPs Gordon Brown departed government with, Labour under Corbyn is far from miserable: like its leader, its mood is currently that of the triumphant outsider.

The notion of the outsider is not a new one in Labour politics. The Party’s ethos has within it different interpretations of the party’s mission and outlook. One particular fault line is Labour’s oppositional nature: in other words, having been out of power for the vast majority of its history, there are some Labour people who give greater prominence to criticism and attack as a political goal. Parliament becomes the megaphone for argument, with the compromise of loyal government benches holding less attraction. As Henry Drucker said of Labour in one of the more striking sentences of his book, Doctrine and Ethos in the Labour Party,

The glue which holds it together would melt if it ceased in some sense to remain an opposition party.

To understand this, we might think back to Labour’s origins as an outsiders’ movement, given a foothold by a Liberal pact, before becoming an insiders party with its first majority government in 1945. Ever since, there has been an uneasy tension in different interpretations of its ethos, one of which partly explains both Corbyn’s popularity and controversy.

The expectations of those around the Leader, prior to this election, displayed the outsiders’ interpretation of aiming to keep Labour Left by keeping it afloat. As he and his allies often note, Corbyn thrives outside of Westminster. The movement outside of parliament takes primacy in his politics, and helped deliver his two comprehensive wins with Labour’s selectorate in consecutive summer leadership contests. This general election, in some ways, shows the wider electoral upside of such an approach, too—with Corbyn’s large rallies being a feature of an historic increase in vote share, rather than a mirage prior to electoral failure, as had been suggested.

Outperforming your predecessor with a more radical left platform is undoubtedly impressive. Yet alongside this potent interpretation of the party’s ethos is the controversy that Corbyn will continue to carry with him in the Labour movement—that of seeing ‘victory’ in coming second, and a history of campaigns which define success by a struggle against institutions, rather than in taking control of them.

Labour's ethos and its interpretations

Ever since Corbyn became Leader of the Labour Party, the fault lines in different interpretations of Labour’s ethos have been exposed. In reality, there are few policy differences in both the parliamentary party and the wider movement. Some may have balked, at first, at the sheer number of pledges in the manifesto—but very few would disagree with them. Owen Smith challenged Jeremy Corbyn with his own version of the most left-wing Labour policy platform since 1987. Both Corbyn’s supporters and detractors are happy with ambitious, progressive policies. Data from the ESRC Party Members Project at Queen Mary shows that, while Corbyn supporters considers themselves to be more left wing when compared to pre-Corbyn Labour members, their views are broadly the same. It’s things like the party’s long game that come between them: how outward-facing the party and its leadership are, what problems are diagnosed and whether an iteration between Labour and the people it needs to convince results in a changed posture.

Following the shakedown of parliamentary arithmetic, whether the ethos of the party can become more solidified will much depend on what the Corbyn leadership does next. Will it prioritise organisational reform, seeking to secure the longer term future of the Left within the Party? Will it ask questions about why it failed to win? And will it pay more attention to the part of being in opposition that is closest to governing—the mechanics of parliament, amending legislation and the tactics that can alter the government’s policies? This general election has offered up a government on the run, fragile and facing a stabilising EU in a complex negotiation. The success of Labour’s movement outside of parliament, which isn’t in doubt, will now face the full volatility of Westminster politics.

Karl Pike is a PhD Candidate and Teaching Associate at Queen Mary University of London. He was previously an Advisor to the Shadow Home Secretary and the Shadow Foreign Secretary.

This article first appeared on 12 June 2017 in Prospect Magazine.