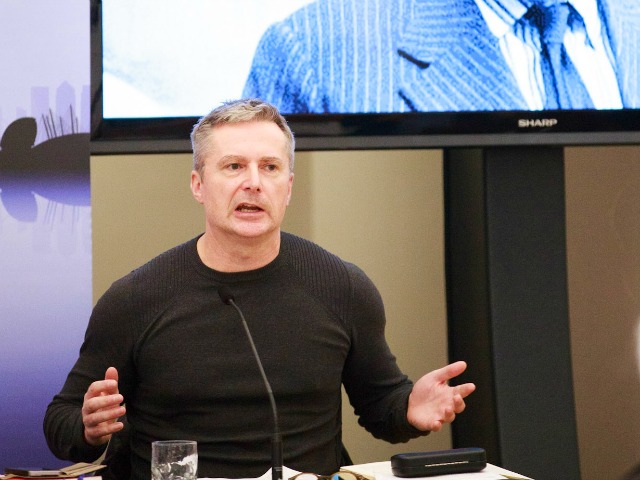 Jeremy Corbyn has made Labour’s social democrats strangers in their own party.

Instead of pulling the levers of power, Tony Blair’s children have been reduced to watching one of their own dancing on TV.

Those who voted for Corbyn, not once but twice, clearly believed they might as well have a leader with socialist principles because to them Labour’s defeats in 2010 and 2015 suggested that centrist pragmatism was a busted flush.

It’s not as if there were any social democrats in Westminster able to convince the majority of Labour members that they were wrong.

To help the centre-left regain its vitality, Blair recently announced the establishment of a new institute.

But, if his initiative only reiterates the merits of those assumptions that shaped New Labour, it will convince few of his many critics in the party that social democracy remains relevant to the age of austerity and Brexit.

This is because, in ‘modernising’ Labour thinking during the 1990s, Blair’s ear was badly bent by a certain kind of venerable post-war social democrat, in particular Roy Jenkins.

In the 1970s these figures went on an ideological journey that led them to water down the key social democratic idea that market capitalism could be used to promote equality.

Even before Margaret Thatcher’s 1979 victory, Jenkins et al temporised and havered, claiming the pursuit of equality had gone further than capitalism could sustain and so argued the market needed to be liberated from the shackles of ‘tax and spend’.

In listening to such voices, Blair neglected social democrats who went in a different direction, and it is they who are now more relevant to our own times.

Those wishing to revive social democracy should in particular revisit the work of Anthony Crosland: but not the Crosland who wrote The Future of Socialism (1956) during an era of apparently permanent economic growth.

They should instead consult the Crosland who wrote Socialism Now during the autumn of 1973.

This essay was produced in light of the disappointments of the 1960s Wilson governments and amidst a dark economic and political context, one in which the Labour leadership was losing authority to Tony Benn and his allies on the far-left.

Crosland wrote Socialism Now in a Britain of, as he put it, ‘glaring class inequalities, which an appallingly weak economy makes it hard to tackle’, one in which there was ‘a pervasive mood of watchful envy and insecurity about the future’.

In fact, he concluded, ‘the present mood seems to be one, not of hopeful and purposive optimism as it was twenty years ago, but of pessimism, lack of clarity, a flight into chiliasm and a loss of practical radical will-power’.

Sounds familiar? Yet despite this unpropitious scene, Crosland made the case for the continued importance of the pursuit of equality.

Instead of retreating, as would Jenkins and others, he claimed social democrats required ‘a stronger will to change’, a greater faith in their own beliefs, needing to adopt ‘a sharper delineation of fundamental objectives [and] a greater clarity about egalitarian priorities’.

Consequently, his six priorities for the next Labour government were:
1. To reduce the amount of poverty.
2. To enable everyone to have a decent home.
3. To take development land into public ownership.
4. To redistribute capital wealth.
5. To eliminate selection and segregation in school education.
6. To extend industrial democracy.

Recognising capitalism was in difficulty and unable to produce the kind of growth he considered ideally necessary to sustain the reduction of inequality, Crosland endorsed various forms of intervention, including a state holding company and a state investment bank.

He also recognised that in a time of low growth any government wanting to raise the incomes of the bottom 20 per cent would have to increase taxes on the top 80 per cent.

He was willing to take that political risk, arguing social democrats should not beat around the bush with voters on the issue.

Crosland was moreover not just interested in material equality but also cultural equality and hoped such policies would promote a ‘genuine transfer of power to the community, the consumers and the workers’, with private companies and the state becoming more accountable.

Such a programme will strike many as almost Corbynite, but that only confirms how our current politics have moved to the right.

For Crosland was no friend of the far-left: he once hoped television campaigning would make such Labour party activists redundant and even called for the expulsion of Michael Foot from the Parliamentary Labour Party.

But his essay reminds us that social democrats could be principled and radical in their pursuit of equality within the market, for he still believed in the ultimate need for capitalism, arguing at one point that social justice might sometimes need to be tempered by economic efficiency.

Yet in outlining ‘a coherent egalitarian strategy instead of a muddle of bits and pieces’, one he believed was ‘closely related to the needs and aspirations of ordinary people’ the Crosland of Socialism Now is a reminder of a rather different, more confident, kind of social democracy to the one that emerged in the 1990s via Jenkins and the SDP.

There are many reasons why Roy Jenkins won the battle of Tony Blair’s ear. But a vital one was that Crosland died in 1977; Jenkins in contrast lived till 2003: longevity was his ultimate political weapon.

How practical would be Crosland’s reforms today is of course a moot question.  We need to disaggregate Crosland’s specific, time-bound, proposals from his underlying and principled intent, one that exposes the different strands that once existed within social democracy.

Labour’s social democrats need to recover Crosland’s principled boldness and put to one side the caution of the Jenkins’ crowd, and so move beyond New Labour’s 1990s mantras.

Until they do, they will remain isolated in their own party and be powerless to make Britain a more equal society.

Steven Fielding is Professor of Political History and Director of the Centre for British Politics at the University of Nottingham.   His research has largely focused on the British Labour Party. His most recent book is A State of Play. He is a frequent commentator in the media and has recently presented Period Drama Politics on BBC Radio 4. He contributed to the Crosland Legacy: The Future of British Social Democracy conference hosted by the Mile End Institute and Policy Network.