What next? UK politics after the referendum 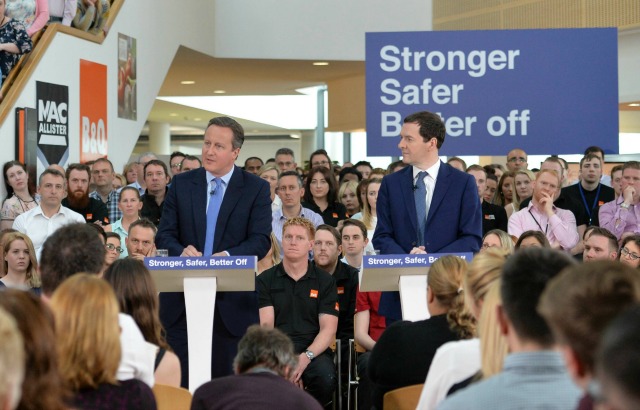 Whatever the result of the EU Referendum British politics seems set for upheaval.

In the first scenario David Cameron would have triumphed. Any attempt to unseat him would fail. He would be free to serve as Prime Minister for the rest of the Parliament if he chose.

He would have won three referendums and two general elections in the space of six years. The Union with Scotland would be safe for a while longer, and Cameron would be free to reshuffle his Cabinet and turn to the completion of his domestic agenda.

The Government would be helped by a big short-term boost to sterling and to shares, and would bring forward decisions on Trident renewal and a third runway at Heathrow.

To secure his legacy Cameron would use the UK Presidency of the EU Council of Ministers in 2017 to push a reform agenda for the EU.  Despite the temptation to exact revenge Cameron would be magnanimous in victory, seeking to reunify his party.

But although Cameron might enjoy a ‘glorious summer’, his victory would be Pyrrhic. He would not be able to repair the deep divisions within the Conservative party which the Referendum revealed.

Two-thirds of Conservative members will have voted Leave, and this means that Cameron’s successor is almost certain to be a supporter of Brexit. By putting country before party Cameron will have lost his party, which will pass into the control of his enemies.

In the second scenario Cameron would also remain as Prime Minister, but the narrowness of his victory would make a vote of confidence in his leadership probable, which he might not survive, suffering the same fate as Iain Duncan Smith in 2003.

Even if he survived it would be almost impossible for him to govern with any authority, since his majority of 12 would constantly be at risk.

Fifty MPs would have been needed to trigger a confidence vote. It would also make any reshuffle much more difficult, and might force his departure earlier than planned.

His successor would come from the Brexit faction and would stand on a platform promising another referendum as soon as possible. There would be a concerted attempt at constituency level to deselect many pro-Remain MPs, particularly those close to Cameron.

Something similar happened after 1906 when supporters of Free Trade were targeted by the supporters of Tariff Reform. A de facto split, and possibly even a formal split might take place.

A victory for Leave

In the third scenario there would be a profound political crisis. The breakup of the United Kingdom would be a possibility once more.

A Vote by the Scots for Remain would trigger a campaign for a new independence referendum, while stablility in Northern Ireland would be threatened by the need to close the land border with the Republic.

There would be a clash between direct and representative democracy.

At least two-thirds of MPs in the current Parliament support Remain, but the referendum would have delivered a popular mandate for Leave.

Referendums are only advisory, Crown-in-Parliament is sovereign,  but Cameron would be obliged to resign, either immediately or after a short interval.

A new, pro-Brexit Conservative Prime Minister would be in office by October, mostly likely Boris Johnson.

In contrast to Cameron he would have triumphed by putting party before country.

He would appoint a new Cabinet, largely drawn from the Brexit faction, to deliver the (many) promises of the Brexit campaign.

The new Government would have to decide whether to trigger Article 50 in the EU Treaties to begin the formal two-year withdrawal process.

Leave campaigners have urged that this need not be done immediately or at all, but the Constitution Unit has argued convincingly that the Government would have no choice if it wanted an orderly withdrawal.

The new Government would almost certainly seek to hold a General Election either in November 2016 or May 2017 to give itself a mandate and to exploit the opportunity to win a landslide  majority against a weak and divided Labour party, capitalising on Brexit euphoria following the referendum result, and winning the support of many UKIP and Labour Leave voters.

The Labour leadership would be pilloried as lovers of immigrants and lovers of terrorists. There would be a sharp turn to the Right.

After the election the Government would negotiate withdrawal from the EU. The EU Treaties would be in force until that process was completed, so it would be a long time, if at all, before UK citizens noticed much change.

Even in the new Parliament and after the purge of Conservative Remain MPs there might still be a majority of MPs in favour of associate status with the EU - the Norway model – and intense lobbying from UK business in support of this.

But with associate status would come free movement of labour, EU regulations, and a budgetary contribution.

To avoid this betrayal of its supporters the Government would have to opt instead for the unilateralist free trade option, abolishing all import duties unilaterally and trading with the EU and all other countries under WTO rules.

It is high risk – the Treasury  predicts it would reduce UK GDP by 7.5 per cent. It would be implemented in difficult domestic economic circumstances, with a plunging pound and stock market as confidence in the UK economy collapsed, leading to recession and a new black hole in the public finances.

Leave optimists think any turbulence would be short-term. They might be lucky.

If they are wrong the Government could be forced to U-turn and accept a deal giving access to the single market, at the same time administering a new and very unpopular further dose of austerity.

This could make the Conservatives very vulnerable at the General Election of 2021/22 to a revived Labour party under new leadership and to a reborn UKIP, incensed by the Conservatives’ inability to deliver the promised fruits of Brexit.