Professor Francis Davis argues changes within the NHS may be the most radical decentralisation project under way in England - but little attention has been paid to them. 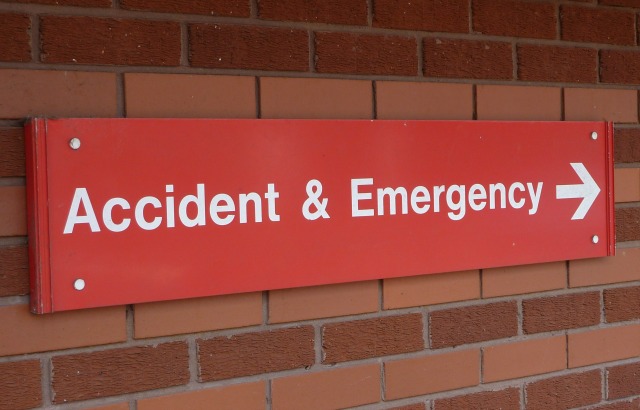 Extended by the Conservatives from the Coalition focus on urban areas to include counties, and underpinned by a far reaching Cities and Local Devolution Act 2015, the patchwork of Combined Authorities and ‘devo-lite’ or ‘max’ agreements now emerging nationwide are a fundamental shift in the country’s governance.

Nevertheless, their likely reach, form and impact are as nothing compared to the changes currently being devised across the voluminous budgets and complex structures of the English National Health Service.

They are plans which have received scant attention outside the NHS cognoscenti but their brief is to be revolutionary.

The context for this revolution is that the Health Secretary, Jeremy Hunt, promised after the Lansley reforms that there would be no more top down reorganisations of the NHS and he has kept his word.

Struggling with leaping demand, scarce resources, national tariffs for pricing – but not costing - and highly varied performance, the NHS has set a challenge to its local health and care systems to come up with their own proposals as to how best to combine resources to “help drive genuine and sustainable transformation in patient experience and health outcomes of the longer-term.” These are the STPs.

Adding complexity the 44 STP geographies are not necessarily co-terminous with local government or other government boundaries but do rely on their co-operation.

In Hampshire and the Isle of Wight, for example, there are over 15 NHS institutions, many statutory, ranging from Clinical Commissioning Groups to community health providers, those with specialisms, one close to failing, and a world class teaching hospital.

Add to that three unitary authorities and a county council all working at the interface of health and social care and the ‘health system’ is not without its challenges.

Across the country there are 210 Clinical Commissioning Groups resourced to purchase health often within an even more varied institutional environment. These and every other health body have their own leaderships, boards and teams more or less led by the health professions and local residents.

In the North West the Southern part of Cumbria has been folded into an STP footprint that also embraces Lancashire. The average population per STP area is 1.2 million - but the one for West, North and East Cumbria is 0.3 million, and the largest – Greater Manchester- 2.8 million.

Each has different levels of private cover per population, public health demands and demographies of sexual health, ageing, mental health and acute and community needs.

All local health and care systems will have to devise their STP action plans to save hundreds of millions rather than shave a few pounds and trial the odd innovation here and there. Overall they need to save £30 billion per annum all in.

Technology, estates, the opening and closing of hospitals, dentistry, General Practices, people, community facilities are all impacted and in play. Make no mistake, this process cannot do anything but force new alliances and step change behaviours.

As with local government devolution there is, seemingly, no central plan.  But there is a longing for localities to take agency.

But those local systems that do not make compelling and convincing proposals will be the subject of far closer attention, on an ongoing basis from the centre, than those judged to be at the more inventive end of things.

So just as Sajid Javid, the Secretary of State for Communities and Local Government has confirmed that local government will need an elected mayor to achieve ‘devo full monty’,  the NHS will need huge savings and some kind of  risk mitigation threshold for patients.

One insider observes that ‘every NHS Chief Executive has a gun pointed at their head’.

Health Chief Executives and their senior teams across the country have consequently spent the bulk of this year huddled in hundreds of meetings seeking to create strategies and plans that will shape provision and spend for at least the next five years.

The pace at which they have been required to work has severely constrained the ability of any locality to consult widely or seek citizen feedback as the best examples of movements to combine local authorities and executive Mayors have had the good fortune to attempt.

While the detail of the 44 proposals is now at NHS HQ for consideration, and not yet available to public scrutiny, a consequence of the speed at which this putative revolution has been brought off may be that it is not as innovative as some might hope.

This is not to criticise any STP area, or the NHS,  but simply to note that the lobbying of local government groups such as the South East Strategic Leaders, and the Manchester and Bristol City Deals all unlocked fresh approaches to finance through a review of the local use of business rates, a sharing of increased GVA returns between the North and the Treasury and revolving investment funds for infrastructure.  It is unlikely that an equivalent moment of resource innovation will have been secured through the current NHS STP process.

Francis Davis is Professor of Social Justice and Innovation at St Mary's University, Twickenham; Director of Public Policy at the Edward Cadbury Centre, University of Birmingham; and a member of the Mile End Institute Advisory Board.