The future of localism and devolution in England

Professor Jane Wills, author of Locating Localism, on the changing shape of devolution and the potential for a new parochialism. 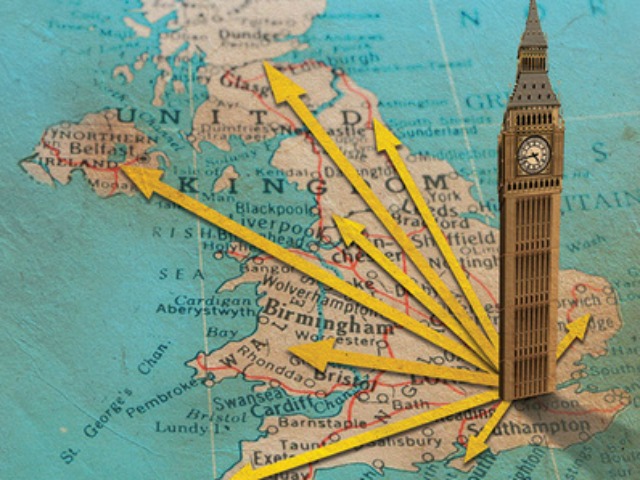 The debate about English devolution has changed over the past 6 years.

The geographical scale has shifted considerably and there are many potential consequences of this for the practice and impact of devolution in England.

It is worth remembering that when the Coalition Government took office in May 2010, they prioritised the decentralization of political power to the community scale.

The Coalition Agreement told us that David Cameron and Nick Clegg were seeking “a turning point in the relationship between government and people – the beginning of a new chapter in our democratic history”.

The new Minister for Decentralization, Greg Clark told parliamentarians: “Localism is the ethos; decentralisation is the process and the outcome is the Big Society”.

The most significant legislation passed to promote this agenda was the Localism Act (2011).

This has allowed existing parish councils in rural areas, and new neighbourhood forums in urban areas, to create a neighbourhood/parish plan that for the first time, has teeth.

Perhaps unintentionally, this Act has facilitated the creation of new civic bodies in urban areas that had lost their parishes in the 19th Century.

Indeed, in urban areas the Localism Act has facilitated the rebirth of the institutional infrastructure – at the neighbourhood scale - that is imperative for localism to happen.

To be successful these neighbourhood forums have to reflect the demographics and mixed interests of those living in their area, they have to collect opinion, consult on a draft plan and then win a referendum to make it happen.

In doing so they are:

(3) making things happen in the locality.

In the later years of the Coalition and certainly since May 2015, the focus of devolution has been on much larger units of administration – indeed, the path-breaking city-deal for Greater Manchester signed in 2014 and extended since, involves 10 existing local authorities working together in a Combined Authority. There are now 12 areas with some form of devolution deal.

There is an expectation that these city deals will involve the further decentralisation of political power within the areas concerned but the jury is out on whether and how this will happen.

The connections between city-deals and localism are yet to be seen and although new initiatives are emerging, many remain cynical that the city-deals will simply move from one set of elites in Westminster and Whitehall to another in the local town hall.

So, what’s next for devolution in England?

The direction of statecraft is changing … for a combination of reasons including the drivers of government (top down) as well as processes of social and cultural change (bottom up) – I think devolution is here to stay … but the trajectory of policy is very open.

There is a major opportunity for various tiers of government to prove their worth – and demonstrate the difference that devolution/localism can make to the practices and outcomes of government.

In this regard, I think the major challenge is the weakness of civic infrastructure and capacity at the urban neighbourhood and to a lesser extent the rural parish scale.

Between 2012 and 2015 I conducted a research project looking at the development of localism in urban England – written up in Locating Localism: Statecraft, Citizenship and Democracy (Policy Press, 2016).

I mapped out the emerging policy agenda and then focused on two ‘top-down or state-led’ initiatives – neighbourhood community budgets and Lambeth’s move to become a cooperative council which was about shifting relationships between people and the state.

I also looked at two ‘bottom-up or community-led’ initiatives – neighbourhood planning and community organising in a range of locations.

My key finding was that in EVERY case, localism depended upon the existence of an independent neighbourhood forum that was able to represent local interests, develop an agenda for the local area, and make things happen.

In Poplar, such a body did not exist and the state-funded organisations driving the community budget resorted to extensive community consultation and failed to achieve its core goal of sharing budgets and co-designing services.

In Lambeth, the most advanced neighbourhood had a forum that was doing great work but they struggled to work with the local authority to get things done. The community had insufficient voice and power to make a difference to the way the council was working. The local authority was very resistant to change.

In relation to neighbourhood planning, some areas were flying ahead but in others, the existing capacity was much weaker and in one case I looked at in Leeds, the local authority had initiated the forum but couldn’t substitute for the lack of local leadership, organisation and capacity.

This area needed more community development and organising activity before people were in a position to take up the opportunities of localism.

It is not clear where the stimulus and funding for such activity would come from although in a devolved governmental regime, it might be that the Combined Authorities would find ways to support such work on the ground?

In the areas where strong neighbourhood planning forums were developing they were able to move beyond planning to look at the management of neglected green spaces, energy initiatives, community events – and even becoming a community/urban parish council – as has been done in Queen’s Park, in West London.

This is the kind of body that is imperative if localism is take off in urban areas – and parishes in rural areas will need more support to fill the same political space.

At present, the neighbourhood scale has been rather eclipsed in the debate about devolution and I think government (at all scales) could do a lot more to support neighbourhood forums to develop, to fund the organising that is needed to underpin them, and to encourage them become to become community councils.

There is related scope to look more closely at what parish councils are doing - and could be doing - to underpin localism in rural areas.

Finally, there are some useful lessons from history in regard to this agenda for a renewed parochialism in England.

In the 19th Century there was growing concern about the conditions of life in our fast-growing cities and the extent to which the capacity of existing boroughs and parishes was insufficient to deal with the challenges.

Parliament didn’t force them to act but it provided new rights to do so where capacity could be built on the ground.

As the historian John Prest (1990, 187) put it, this was “an era of permissive legislation [when] the townships could forge ahead on their own, and the great Parliament of the nation seemed to have smiled on the little parliaments of the localities”.

This liberal institutionalism has strong parallels with the drive for localism today – and it facilitated the municipal enterprise associated with the golden age of urban government in cities like London, Glasgow and Chamberlain’s Birmingham.

Looking ahead, at a time when politicians and public are calling for greater control, localism should come into its own.

There could be a golden age of local government that stretches beyond the formal structures to include the many citizens who are able and willing to engage in local action and change.

We need to pay more attention to the way in which localities can develop the capacity to act on local interests – and what government can do to help; what else needs to change if this is to happen; and what might be possible as a result so as to inspire people with possibilities about the future of English democracy.

Jane Wills is Professor of Geography at Queen Mary University of London and author of Locating Localism: Statecraft, Citizenship and Democracy (Policy Press, 2016).

This article is based on Professor Wills' contribution to our event: What next for English devolution?