Sunday trading and the limits of EVEL

This week, MPs defeated the government by 317 votes to 286 on its proposals to relax Sunday trading rules. But although the policy would have applied only in England and Wales, the votes of Scottish MPs proved decisive. Daniel Gover and Michael Kenny discuss the territorial dimensions to this episode, and why the recent ‘English Votes for English Laws’ reform did not help the government to pass its legislation. 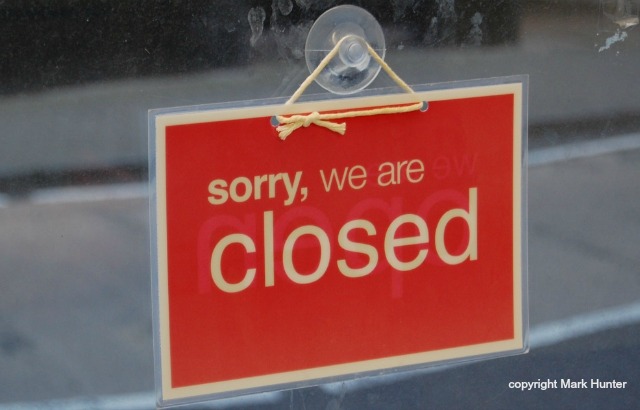 The decision by MPs to reject government proposals in the Enterprise Bill to devolve Sunday trading rules to local authorities was a rare example of a government defeat on the floor of the Commons.

But what makes the vote contentious and important is that it brought to the fore a territorial angle to British politics that has already risen in prominence since 2014’s Scottish independence referendum.

Earlier in the week the Scottish National Party announced that its MPs would vote against the Sunday trading provisions – even though the policy would only have applied in England and Wales (while responsibility for comparable legislation in Scotland is devolved to the Scottish Parliament).

In Wednesday's division, MPs voted by 317 to 286 to delete the provisions from the bill. Had Scotland’s 59 MPs not participated in the division, the government would have won by 21 votes.

The Sunday trading vote highlights an anomaly in Westminster representation post-devolution that many assume the current government has resolved.

In the 1970s, Tam Dalyell, the Labour MP for West Lothian (and a staunch opponent of devolution), posed his now-famous ‘West Lothian Question’: why should Scottish MPs continue to vote on matters affecting only England, when English MPs cannot participate in comparable decisions affecting Scotland?

Following the 2015 general election, Chris Grayling, Leader of the House of Commons, announced that the government was now ‘answering the West Lothian question’ through a package of reforms known as ‘English Votes for English Laws’ (EVEL).

He explained to the Commons that the change would give English (and English and Welsh) MPs ‘a decisive say on matters that affect only their constituencies’.

EVEL and the Sunday trading provisions

So, why was the government unable to pass its Sunday trading legislation?

On the face of it, Wednesday’s vote looks like exactly the sort of policy decision that EVEL was designed for.

Under these new rules, the Speaker is required to ‘certify’ legislation that meets both elements of a two-part test: first, the policy must relate exclusively to England (or England and Wales); and second, it must be within the power of a devolved legislature elsewhere in the UK to ‘make any corresponding provision’.

Deregulation of Sunday trading appears to meet both parts of this test.

But, in fact, the Speaker’s provisional certification decision confirmed that he would not have certified the provision as English and Welsh only.

This is almost certainly because of the way in which the government drafted its proposal.

The relevant clause (33 of the bill as debated at report stage) contained two separate provisions: first, devolving Sunday trading regulation (which applies only to England and Wales); and second, making changes to workers’ rights to opt out of Sunday working (a proposal which also applies in Scotland).

The amendment on which the government was defeated effectively deleted the first of these provisions.

However, under the EVEL procedures the Speaker is required to certify whole clauses that relate to England (or England and Wales), not separate provisions within a single clause.

Consequently, this part of the bill could not be certified under EVEL.

The government could, of course, have drafted its proposals as two separate clauses to get around this problem. Had it done so, it appears likely that the Sunday trading provisions would have been certified as relating exclusively to England and Wales.

Yet this would not have meant that it could have avoided defeat at the hands of the SNP.

And this may help to explain why the government did not attempt this as a solution.

One of the central – and often overlooked – features of EVEL is that it relies upon what some have called a ‘double veto’ in the Commons legislative process.

Where clauses of a bill have been certified as relating exclusively to England (or to England and Wales), MPs from that part of the UK now have the opportunity to veto those clauses at a new ‘legislative grand committee’ stage.

But legislative proposals that are supported by English (or English and Welsh) MPs still require approval by UK-wide MPs.

In order for any legislation to pass under this system, it must be supported by both English (or English and Welsh) and UK-wide MPs.

Implications for territorial representation in the UK

The Sunday trading episode reveals a good deal about the increasingly fraught nature of territorial representation in the UK.

There are good reasons why the government has opted for a ‘double veto’ variant of EVEL.

For one thing, it blunts the charge that non-English MPs are denied a say over the much-debated ‘spillover effects’ from England-only legislation into the smaller nations of the UK.

In the case of the Sunday trading vote, the key ‘spillover’ cited by the SNP was that Scottish shop workers’ pay and conditions would be undermined by deregulation south of the border.

But the potential downside of this approach is that even when a government wants to change the law in England, or England and Wales, it still needs the support of a majority of MPs in the House, and this means that Scotland’s representatives can still carry a determining influence.

How English voters now feel about the Conservatives’ claim to be the party that has answered the West Lothian Question remains to be seen.

The risk for the government is that high-profile cases like the Sunday trading vote allow its complicated version of ‘EVEL’ to be presented as ineffective, and may give succour to those Conservative voices who have called for a more robust and radical change that would eliminate non-English MPs from decisions on England-only legislation.

At the very least, the attempt to develop, within the revised standing orders, a comprehensive set of rules that will allow a clear right of veto for the English may need to be rethought.

The Sunday trading vote highlights, above all, how difficult it is to specify such a right for territorially-defined groups of MPs within the unitary UK legislature.

Legislation that applies only to England may continue to slip through EVEL’s net. Just as importantly, there is undoubtedly an opportunity for a future UK government that is dependent on support from non-English MPs to draft legislation to avoid the EVEL certification process.

Beyond these technical and procedural questions, it is also increasingly clear that the UK’s constitution is under considerable pressure as a result of the more complex and conflictual territorial politics that has emerged as a result of the 2015 general election.

Daniel Gover and Michael Kenny of the Mile End Institute are currently working on a major research project examining the implementation of EVEL.

Daniel Gover is a Research Fellow at the Mile End Institute, Queen Mary University of London and an associate researcher at The Constitution Unit.

Professor Michael Kenny is the Director of the Mile End Institute, Queen Mary University of London and a Fellow at The Constitution Unit.