Following the Mile End Institute's event How to advise government?, Niva Thiruchelvam, a Deputy Director in the Home Office argues that it is a good time for researchers to engage with policymakers. 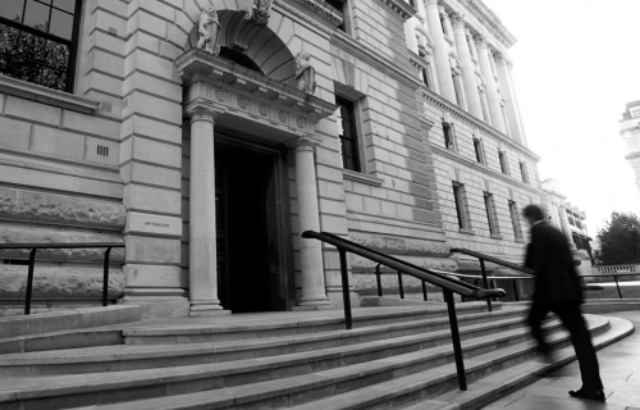 Everyone agrees that evidence-based policy is a good thing.

Impact assessments are now a fundamental part of the policy development process in all OECD countries.

This is essential, but modelling the impact of a policy is different to knowing its likely impact, and being able to take policy and spending decisions on this basis – and this is where researchers play such a vital role.

Before considering how researchers may contribute to policy development, it’s important to understand the current and evolving landscape.

Imagine your doctor writing a prescription based on their best guess on what might help you to get better.  This used to be the case.

Serious head injuries were treated with steroids for over 30 years.  Nobody had tested whether this helped.  Why would they?  They knew that head injuries caused the brain to swell, and that steroids reduced swelling.  Simple.

However, 10 years ago, someone decided to conduct a trial, and then promptly stopped the trial when it emerged that steroids increased the chances of dying after a head injury.

Fortunately, testing is now well established in the medical world.

And – as policy decisions can also affect people’s lives and have a significant impact on their futures – it is increasingly becoming the norm in the policy world.

Most decision makers have established relationships with prominent researchers in their field, which enable them to draw on the available evidence in their area.

There have also been countless pilots and trials in a range of policy areas for many, many years now.  So, what's new?  There’s now:

• a drive for greater open-policy making so that government can test variations in its approach, evaluate outcomes, and put a stop to things that do not work.

There is a vital role for researchers here: to present new ideas, new insights, and new evidence.  There are also secondary benefits as researchers gain a better understanding of the - sometimes complex - policy development process.

• a stronger emphasis on testing, learning and adapting policies at both a national and local level.  For example, the Home Secretary set up the Police Innovation Fund to enable police forces to bid for capital funding to test ideas that could improve outcomes for citizens, and to help forces to transform.

This approach is supported by a cross-government trial advice panel, comprising policy officials and researchers, to ensure that the evaluation is designed effectively.

• a network of independent What Works Centres in a range of specific policy areas.  As well as pulling together existing research and setting it out in an accessible way for national and local decision-makers, these centres seek to fill gaps in research with new trials and experiments.

It’s worth pausing on the What Works network.  The seven centres (and two affiliate members) advise on policy areas that spend more than £200 billion, so the centres have an essential role in helping to ensure that public funds are spent effectively.

Since the centres were established in 2013, they’ve produced toolkits that compare and contrast the effectiveness of different interventions, and these are already being used by policy-makers and the frontline.

For example, the teaching and learning toolkit’s used by two-thirds of headteachers even though it’s not mandatory.

And, police officers in the West Midlands used the crime reduction toolkit to update their drink driving campaigns last Christmas.

These centres have also conducted research in new areas with direct links to Government’s priorities.

For example, the public are increasingly using social media, and recording what’s happening around them on video.

Police forces have started to use video as well to help them to investigate crimes and to protect the public – and, a recent trial demonstrated what Body Worn Video (BWV) could, and couldn’t do.

Anecdotal evidence from officers indicated that BWV helped them to collect better quality evidence in domestic abuse cases, and there was a statistical reduction in the number of allegations against officers where BWV was used.

However, despite some expectations, the trial showed that BWV did not make a noticeable difference to the number or type of stop and searches conducted by police officers, or the way in which police officers conducted them.

Most forces in England and Wales have, or are in the process of, rolling out BWV.  As a result of this trial, forces can be confident about the impact that BWV is likely to have, and the results that the communities they serve are likely to see.

How can researchers get involved?

The Government is broadening its reach, building capability and embedding an evidence-based approach in the policy development process.

For example, there is a commitment to build incentives into the Spending Round by requiring more robust impact evaluations of policies and programmes before future funding is agreed.

The What Works network is also an exciting development – these centres will encourage the supply of and demand for research, as well as changing culture when it comes to the use of evidence.

However, researchers must also rise to this challenge.

Make sure that research is relevant, and communicated with policy makers and decision-makers in mind.  Increase the number of randomised control trials in key public policy areas.  Consider the cost-effectiveness and implementation challenges of a proposed intervention.  Be far more ruthless about evaluating the impact of an intervention.

There’s a strong appetite for empirical research of this nature, so that public money can be spent on programmes that are known to improve outcomes for society.

And, there are many, many routes to use to advise the Government on priority issues.  It’s a good time for research.