Renegotiation strategy: then and now

In this post, Lindsay Aqui - PhD Candidate at QMUL - takes a closer look at the negotiation and political strategies used by David Cameron and Harold Wilson. 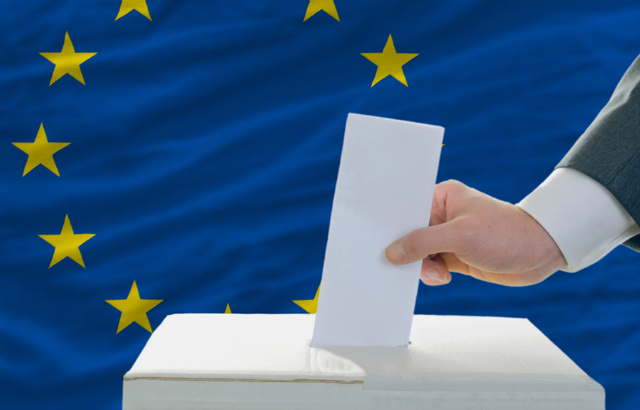 The parallels between the UK’s 1975 referendum on European Community (EC) membership and the current debate on whether or not the UK should remain in the European Union (EU) are well established. Two prime ministers, faced with divided parties and governments, employ promises of ‘renegotiation and referendum’ in an effort to maintain party unity, gain concessions from Brussels and ultimately to give the final say to the British people.

In both cases, the promise to renegotiate and then hold a referendum is seen as a clever tactic devised to hold together divided political parties. But what about the diplomatic strategies of the two prime ministers for achieving concessions from Brussels?

With the conclusion of the renegotiation and a referendum now only four months away, it seems an opportune moment to reflect on the strategies of both Cameron and Wilson, and their respective outcomes in terms of achieving a better deal for Britain.

Remaining on the fence

Over the summer of 1974, the Wilson government focused on defining its European strategy.

One aspect of the approach involved Wilson’s own position. During the course of the renegotiation, Wilson remained ambivalent about whether to recommend to the British public that they vote in favour of remaining in the Community. He did this so that he could keep the anti- and pro-Marketeers within his Cabinet and the wider Labour Party satisfied.

This ambiguous stance had a detrimental impact in other areas. As others have argued, this undermined Wilson’s ability to form close relationships with other European leaders, especially German Chancellor Helmut Schmidt. Ultimately, Schmidt and his colleagues wondered why they should engage in lengthy and complex renegotiation with a member state whose leader seemed uncertain about whether or not to remain in the Community.

Despite the impact this had in the Community, one could argue that this strengthened Wilson’s case at home. He was able to appear to the public to be truly weighing the pros and cons of membership and arriving at a considered decision.

It may be that David Cameron has learned one important lesson from the 1974/5 renegotiation. He came off the fence prior to the Brussels Summit and made clear that he believed the draft package was a strong basis upon which he would recommend that the British people vote to remain in the EU.

Unfortunately, this may weaken his case domestically. A recent article in the Telegraph suggested that David Cameron may not be trying that hard to renegotiate. Surely, the argument follows, a tough negotiation would go ‘right to the wire’? The fact that David Cameron was able to present an acceptable package so early may leave some doubting whether or not he has really gained every possible concession from the EU.

However, given that over the course of talks in Brussels Cameron managed to achieve agreement on a seven year ‘emergency brake’ on benefits for EU migrants, an increase of three years on the original offer from the European Commission, any accusation that he has not negotiated hard enough may be mitigated.

The second aspect of the 1970s renegotiation strategy involved the question of whether Britain would operate within the Community’s institutions. Wilson decided early that Britain would not seek to change the Community’s treaty structure. This was well received in the EC. A progress report from senior civil servants in August indicated that this was one of the few positive gains in the renegotiation and highlighted the praise from the Commission and member states for this decision.

Cameron has taken a different path on the question of EU treaty change. While it is clear that he will not be able to achieve treaty changes prior to a referendum, he has managed to secure agreement to have the substance of his achievements on respect for ‘euro-outs’ and the UK’s exemption from ‘ever-closer union’ incorporated into the EU’s treaties at their next revision.

For Wilson, it was also important that Britain’s renegotiation objectives be resolved through the usual channels, wherever possible. For example, Wilson’s objectives on changes to the Community’s rules around agriculture were resolved mainly by his Agriculture Minister through the Council of Ministers.

It would appear that David Cameron has opted for a more formal renegotiation, with each of his objectives discussed late into Friday evening.

Analysing the strategies used by both Wilson and Cameron is important for understanding how and why each prime minister was able to gain the concessions he did. In the end, Wilson’s achievements were marginal, with the largest victory being a complex budget rebate rife with technical details and heavy requirements.

Cameron’s achievements are mixed. On free movement for EU citizens, it remains to be seen whether the European Parliament will support the necessary legislation. On ‘ever closer union’, the UK’s official exemption will have to wait until the next revision of the EU treaties. Changes to the EU’s rules related to respect for non-euro countries and competitiveness are equally uncertain.

Despite the summer spent crafting a renegotiation strategy which would allow Wilson to both gain concessions and present a strong case to the British public, it seems that the renegotiation itself was not as important as other factors for the final vote. One post-referendum survey found that for 62.2 per cent of the public, ‘the new terms made no difference’ to how they voted.

Lindsay is a PhD student at Queen Mary University of London. She is jointly supervised and funded by the School of History and the School of Politics and International Relations.

Lindsay's research looks at the UK's relationship with the European Communities in the period from entry in 1973 to the referendum on membership in 1973. It examines the notion and implications of British exceptionalism in the context of Britain's first year of EEC membership, the subsequent renegotiation of Britain's membership terms and the nationwide referendum on whether to remain 'in' the European Communities.