Questioning Decline: Britain and the World After 1945 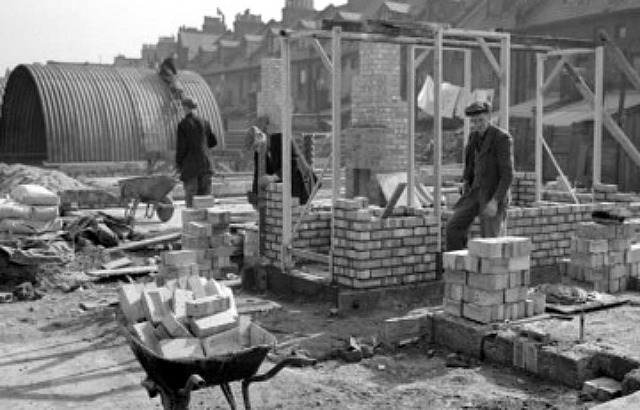 On the morning of 11 April 2016, a group of historians gathered at the Foreign and Commonwealth Office in central London to tell and to question the story of Britain’s decline.

Across three panels, a keynote speech and a closing roundtable, scholars ranging from postgraduates to professors interrogated narratives of British economic, diplomatic and social change after the Second World War.

Their key question was this: can we describe Britain’s postwar history in terms of anything other than a slow decline?

David Reynolds kicked off the discussion with a keynote speech which asked delegates to consider a few alternative narratives to that of “decline” to explain postwar British history.

We might think, for example, about a process of “Europeanisation”, of ever closer union with continental allies. We might also think about Britain’s fluctuating “special” relationship with the United States, and whether we’ve become steadily Americanised in our domestic culture and foreign policy objectives.

Conversely, he asked, can we explain Britain’s recent history with terms like devolution or multiculturalism, which posit differently optimistic narratives?

Josh White, who joked that the Foreign Office was about as unlikely a venue as possible to hear a talk about punk music, explained how a story of “decline” was not just the preserve of scholars and historians: the national press and counterculture punk movements in the 1970s appropriated it, too.

Panel Two took a diplomatic turn, as Todd Carter, Dan Feather and Darius Wainwright discussed together the move to “soft” diplomacy that have accompanied Britain’s altered world status after the fall of its empire and relative economic demotion.

Their papers encouraged delegates to question the idea that postwar decline enfeebled the foundations of British diplomacy, and demonstrated how focussed, “cultural” histories of diplomacy can help both to nuance and to challenge our understanding of recent trends in British foreign policy.

The final panel saw three papers that together suggested the continuities and breaks with past research exemplified in the work of the latest generation of postgraduate historians.

James Brocklesby looked at Britain’s post-colonial “dots on the map” and asked what a role as a post-colonial power looked like at the close of the twentieth century.

Reflecting on the day’s papers, these senior historians aimed their questions at their postgraduate colleagues: is it time to tell the story of the 1970s as one of success, rather than gloomy failure? By what criteria must twenty-first century researchers judge the postwar generation? Will historians in a former superpower nation such as Britain always simply be ‘looking for a better tomorrow’?

John Buchan once said that the value of history was that ‘in the cycle to which we belong we can see only a fraction of the curve’ – studying the past helps us to fill in a little more.

The key message from a conference such as this, which brought together postgraduates and professors, is the challenge laid down to a new generation of researchers to understand their place on the curve, and to continue to build and refashion it in imaginative ways.

The story of Britain’s supposed postwar decline will never be told twice in quite the same way.

Key points from the conference:

Reynolds Keynote
• Would remind historians that the notion of decline is embedded in history that stretches back much earlier than 1945.
• Britain’s position in the world has been conceptualised in the form of classical rise and decline.
• The special relationship is seen as a coping mechanism after the fall of empire
• decline is not a story of steady decline
• historians have searched for other narratives for the post-1945 period
• Europeanisation; the 1961 application was motivated as much by fear as by hope - no other country has managed 2 referendums on maintaining membership - does this confirm GB’s status as an awkward European?
• Multiculturalism; would require facing the legacies of empire in a more comprehensive way
• Contraction of England; is “British-ness” changing? Devolution? Exceptionalism as it related to the fact that Britain was relatively untouched by the two world wars?
• How does the current Brexit debate fit with these narratives?

Panel 1 - Postwar British Introspects
• key themes were decline in society - amongst the culture of our diplomats (alcoholism and views of the FCO), the radical right (long term British decline is part of the conspiracy theories advanced by the radical right) and in punk music (performance of decline, a “sickness” in Britain particularly around he time of the 1976 IMG loan
• Why are such different groups drawn to the narrative of decline?

Panel III
• Thatcher, the Falklands and decline - did the conflict reverse decline?
• Decline rooted in the conflict, as is the discourse of the second world war
• are the remnants of empire symbolic of decline or are they of residual importance?
• How much are British politicians haunted by Chamberlain?

Closing Roundtable
• reminded us that the 1970s were not all crisis - it was a decade of achievement (EEC, Helsinki) - what does that mean for the decline narrative?
• Is re/adjustment a more useful narrative than decline?
• Are historians and the public searching for a “better yesterday”?
• How do we define Britain’s power and status? What indexes do we use to quantify Britain’s place in the world?
• Britain’s post-war narrative must connect with the history that came before the Second World War