Professors Philip Cowley and Tim Bale analyse the remarkable polling data they have gathered on MPs' attitudes towards the European Union and discover that those who say they are undecided on the EU referendum share a lot in common with those who plan to vote 'Leave'. 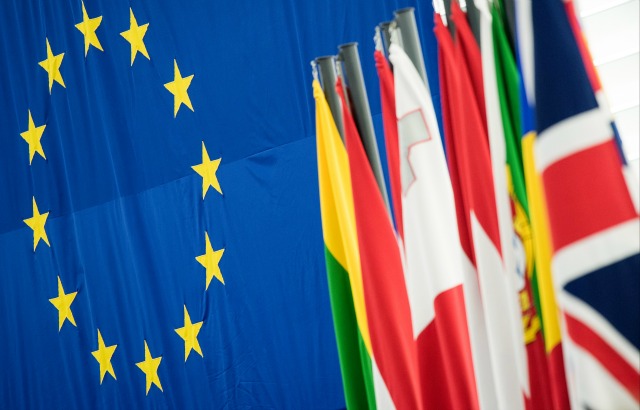 Earlier this week, we published research on the attitudes of British MPs to the forthcoming EU referendum.

Conducted with Anand Menon, of King’s College, London, and using Ipsos MORI Reputation Centre’s MPs Survey it showed that a large number of Conservative MPs were still to make up their mind, as well as revealing fundamental differences between the parties on the way they viewed the EU. The Telegraph did us some nice graphs, if (like us) you like that sort of thing.

Further analysis of our data has revealed some startling information about those who say they are undecided.

And if MPs' views are replicated in the wider population this could have significant implications for the forthcoming campaign.

The fundamental differences between the party were deep, almost visceral.

For part of the survey, we used a question that Sofia Vasilopoulou utilised in her 2015 survey for Policy Network, asking MPs what emotions the EU conjured up.

Four of the options were negative (Afraid, Angry, Disgusted, Uneasy), four were positive (Confident, Happy, Hopeful, Proud), and one was neutral (Indifferent).

MPs could choose more than one option, and many did. (Indeed, a majority of the respondents who selected ‘Indifferent’ also selected other emotions – mostly negative – indicating that they were maybe not as indifferent as they claimed to be!).

The graph here shows the number of positive and negative responses each respondent came up with. 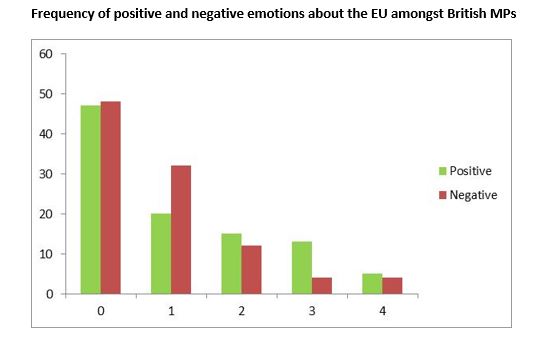 The number of negative emotions showed a similar decline beginning with the 48% who had no negative responses at all, through the 32% with just one negative response, and again then trailing off to just 4% with four.

It shows, in effect, a divided house – lots of people with nothing good to say about the EU, lots with nothing bad to say.

But the extent of the division is revealed even more starkly when you split the responses by party, as we do here.

The left hand graph shows the responses for Conservative MPs, the one on the right is Labour.

They are almost (but not quite) the mirror images of one another.

Not surprisingly, these attitudes help drive the decision about how people are going to vote in the referendum.  Here, for example, are the attitudes of yes and no voters.

Again, these are basically opposites. Of those who said they would vote to leave, regardless of any renegotiation, not one had a single positive emotion linking them to the EU.

Those who were going to vote to remain, again regardless of any renegotiation, were moderately less polarised, but still 78% of them had not a single negative feeling about the EU.

Responses to this question also help tell us something about those who say they have still to make up their mind – a group that, we should emphasise once again, makes up a majority of Conservative MPs. Their responses are given in the figure below. 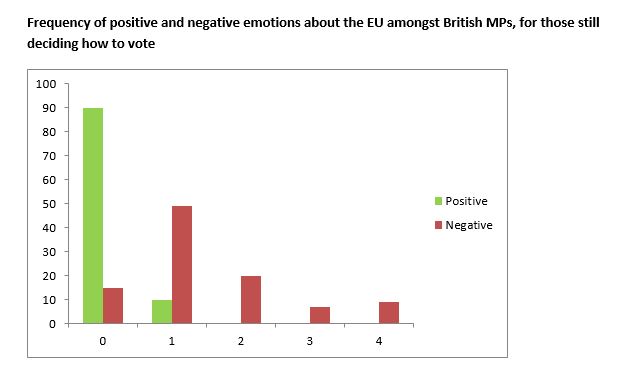 A full 90% of this undecided group couldn’t think of a single good thing to say about the EU. They are almost as negative about the EU as those who have already said they will vote to leave.

If this group of MPs do end up voting to remain, it will presumably be through gritted teeth.