One year of EVEL: Evaluating ‘English Votes for English Laws’ in the House of Commons

Daniel Gover and Michael Kenny assess the working of the English Votes for English Laws initiative in its first year of operation. 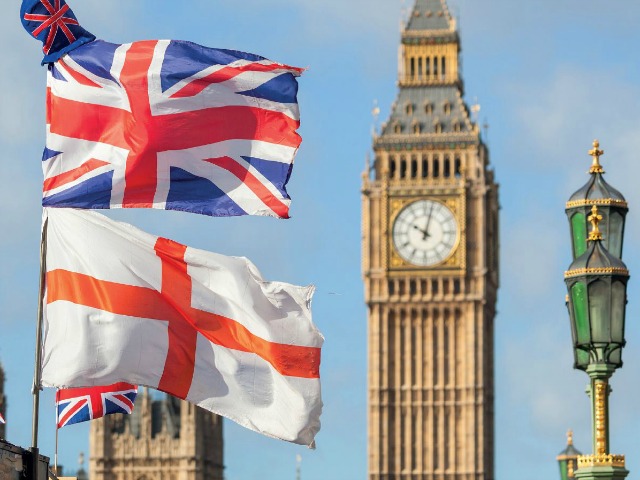 It is now just over a year since the House of Commons adopted a new set of procedural rules known as ‘English Votes for English Laws’ (or EVEL).

Put simply, EVEL provides MPs representing constituencies in England (or England and Wales) with the opportunity to veto certain legislative provisions that apply only in that part of the UK. (For a reminder of how the process works, see here.)

Introduced with some fanfare by the Conservative government following the 2015 election – and criticised heavily by its political opponents – these procedures have quickly faded from public view.

But, one year on, what lessons can be drawn from how EVEL has operated so far?

Over the past year, we have been conducting an in-depth academic investigation into the implementation of EVEL.

This work has been supported by the Centre on Constitutional Change and the Economic and Social Research Council.

It has involved a detailed analysis of the main arguments for and against this reform, and a full assessment of how the procedures have worked in practice during their first 12 months in operation (October 2015-October 2016).

Today we publish our findings in a new report, English Votes for English Laws Report [PDF 1,728KB], which also includes a number of proposals for how this system could be significantly improved.

A wide range of criticisms have been made of EVEL, on issues of principle and practicality.

In our research, we have focused on some of the most common objections to the reform, and have sought to assess them against a range of evidence including whether they have been borne out during EVEL’s first year in force.

One important complaint has been that EVEL may politicise the office of the Commons Speaker, and consequently undermine his (or her) position as a neutral arbiter of debate in that chamber.

This is because it is the Speaker who is responsible for 'certifying' whether a particular bill (or certain clauses and schedules within it) meets the test of applying only to a particular part of the UK – and hence whether English (or English and Welsh) MPs have the opportunity to veto it.

Reflecting this complaint, the SNP’s Pete Wishart expressed a fear that the Speaker might be placed in an ‘intolerable and politically invidious situation’.

During the first year of EVEL’s operation, the Speaker certified provisions of nine bills – around half of all bills eligible for consideration (although only around a fifth of the clauses and schedules that made up those eligible bills were certified).

Yet – so far – we have found little evidence of the Speaker’s decisions attracting serious political controversy.

Indeed, the Speaker has taken several certification decisions that conflicted with the assessment of the government (most notably on the Higher Education and Research Bill), and this may well reassure those worried about his impartiality and independence from government.

A second familiar complaint is that EVEL could create ‘two classes of MP’, since only some MPs are given the right to veto legislative provisions – in effect giving them an additional right to their counterparts.

This complaint is closely connected to the concern that EVEL might prevent MPs from outside England (or England and Wales) from voting on legislation that still has effects upon their constituents, even if only indirect ones.

It is often asserted, for instance, that the amount of funding that goes to devolved governments via the ‘Barnett formula’ is affected by decisions on legislative matters that only apply in England.

Our research suggests that the question of whether EVEL has created two classes of MP is more a question of judgement than fact.

On the one hand, EVEL does give certain MPs voting rights that others do not possess.

On the other, the provision of special rights for MPs based on the territorial location of their constituencies is not entirely new to the Commons (for example, the Scottish Grand Committee consisted of MPs representing Scottish constituencies).

But it is also important to recognise that EVEL implements a ‘double veto’, meaning that England-only legislation must be approved by a majority of both English and UK-wide MPs in order to pass.

All UK MPs retain the right to speak and vote on all bills that come before the Commons, and they may therefore continue to exercise a decisive say on them.

If non-English MPs objected to an England-only bill (for example, a future proposal on grammar schools), they would be in no weaker a position to block it today than they were prior to EVEL.

The force of this particular criticism of EVEL is therefore, to some extent, limited by the design of the current system.

A third complaint has been less widely aired, but we believe deserves greater attention: that EVEL has so far failed to facilitate expression of England’s ‘voice’.

When announcing plans for this kind of reform to be considered, in September 2014, David Cameron declared that ‘the millions of voices of England must also be heard’.

The English Manifesto, which the Conservative Party published during the general election campaign of 2015, likewise pledged that EVEL would enable ‘English MPs to express their voice on matters affecting England only’.

But the design of EVEL has effectively buried the goal of providing ‘voice’ beneath the establishment of a right to ‘veto’ for English MPs.

This is apparent from the way that the new ‘legislative grand committees’ (which take the main EVEL stages in the legislative process) have tended to work.

So far, these stages have been almost entirely perfunctory. Most have lasted around two minutes, on average, and have not triggered substantive debates – while on the recent Higher Education and Research Bill there was not even an opportunity for debate due to the operation of the government’s programme order.

Any hope that EVEL might improve England’s voice at Westminster has so far been confounded, and public awareness of these reforms appears to be minimal.

This is a problem both because EVEL was intended to rebuild English confidence in parliament, and because a system focusing on voice is more likely to generate cross-party support than one based on an elaborate veto.

A final complaint is that EVEL is unhelpfully complicated and opaque. This too appears to be well founded.

MPs have referred to the procedures as ‘unbelievably obscure’ and ‘incomprehensible to most Members of this House let alone the wider public’.

EVEL introduces up to eight additional legislative stages during the initial passage of a bill through the Commons.

The Speaker is required to certify legislation at multiple points during a bill’s life, and the application of this test can be complex in legal terms.

In addition, the main Commons standing orders that underpin EVEL run to around 30 pages, and have been heavily criticised for their legalistic drafting.

To some extent this characteristic may not matter: parliamentary procedure is by definition technical in character and often not well understood.

Yet the complexity of these rules risks making EVEL incomprehensible to MPs, and this may come to matter if legislation to which it applies becomes the subject of intense political controversy.

This kind of opacity also runs counter to the wider effort to make parliamentary proceedings more accessible to the public.

Based on our findings, we make various recommendations for how EVEL could be improved.

Given that EVEL has done little to facilitate the expression of English voice, we suggest that alternative mechanisms, outside the legislative process, should be considered – for example a cross-cutting English Affairs select committee, which could act as a forum for scrutinising issues of particular importance to England.

We also outline a menu of options for reducing the complexity of the current system, including by triggering it only on specific bills, reducing the number of points at which the English (or English and Welsh) veto can be applied, and redrafting the current procedures so they are simpler and less legalistic.

And we highlight two specific aspects of the new procedures where the ‘double veto’ principle is not currently adequately reflected.

More generally, we argue that the government needs to work harder to improve the legitimacy of these procedures.

Indeed, EVEL is unlikely to endure if it continues to be viewed in such starkly partisan terms.

Ministers should think seriously about pursuing cross-party discussions about it, and seek to achieve greater consensus on some of the principles underpinning it.

Moreover, while the first 12 months of EVEL’s operation tells us quite a lot about its character and implications, it is important to note that some of the key processes it involves have not yet occurred.

Nor has it faced the challenging scenario of a UK government that does not enjoy the support of a majority of English MPs.

It is therefore too early to make a final judgement on EVEL’s effectiveness. For that reason, the system should be kept under review, both in the current parliament and beyond.