MEI Publication: Britain and the European Union Lessons from History

The Mile End Institute has published Britain and the European Union: Lessons from History, examining how the UK's applications for membership and the 1975 referendum influence today's debate. 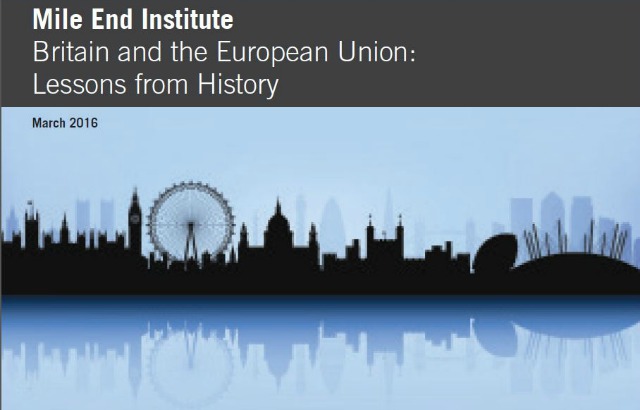 "In the forthcoming referendum, the British public will face one of the most important political decisions for a generation. We hope that these essays will contribute to an informed debate on Britain’s past and future relationship with Western Europe, whether inside or outside the European Union."

The articles arise from a one-day conference hosted by the Mile End Institute to explore the complex relationship between Britain and the EU in a historically-informed context.

The event, which was funded by the ESRC’s UK in a Changing Europe initiative, brought together academics, journalists, politicians and business people, as well as campaigners both for and against British membership.

Watch films of the conference.