From #JezWeCan to #JezWeDid: Why Labour Party members still back Jeremy Corbyn 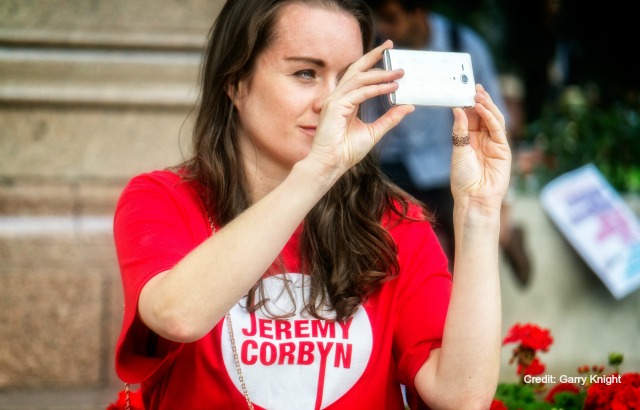 Jeremy Corbyn has been reconfirmed as the leader of the Labour Party.

After an intense social media campaign (#JezWeCan and #WeAreHisMedia), he scored a significant win over Owen Smith (61.8% to 38.2%).

Why - even after the turmoil of the past year - do Labour members (and £25 supporters) still want Jeremy Corbyn to be their leader?

Leaving aside the fact that the choice of an alternative to Corbyn was mainly framed in terms of somebody who was simply a better communicator than the current leader, could a different type of leader really have appealed to Labour members?

And what is it about Corbyn’s leadership that members value most, particularly those who have joined recently?

We have collected extensive evidence through our party members survey, gathered with the help of YouGov, as part of the Party Members Project (PMP), an ESRC-funded academic project.

We surveyed Labour members for the first time just after the party’s 2015 General Election loss (n=1180) and again in May 2016 (just after the local, devolved and mayoral elections).

This second survey allows us to select only the new full members that joined before January 2016 – the members who were still allowed to vote in the latest leadership contest (n=1117).

It shows just how wide the gap is between old and new members on several key issues.

Leadership as a driver for membership

We have written previously that older Labour members (those who joined pre-2015 GE) had been longing for someone like Corbyn - even before he was on the ballot paper.

A good deal of latent dissatisfaction, as well as latent demand for a leader who was more socially liberal and economically left-wing than Ed Miliband was already bubbling under in May 2015.

In fact, both old and new members’ decision to join the party – although maybe slightly more so among the new joiners – owed a lot to their left-wing ideals (Table 1).

Nine out of ten were driven to join because they wanted to create a more equal society, seven out of ten wanted to support the democratic process, and more than eight out of ten joined because they attributed high importance to their attachment to the Labour party’s principles.

But old members and new members take a very different view of how important the party leadership is.

At the time of joining the party, fewer than half (42.5%) of old members were driven to join because they believed in the party leadership, whereas more than three quarters (76.5%) of the post-May 2015 members said this had been a driving factor.

This number goes up further to eight out of ten (82%) among those who joined during the 2015 leadership election and to virtually everyone who joined after September 2015, when Corbyn had already become leader (95.6%).

Since the party’s leadership is such a core factor for them, it's clear that the new members were never very likely to vote for Smith. Their belief in Corbyn is the very reason many of them joined.

The collective over the individual

This “Corbynmania” can perhaps be partially explained by how estranged many new members feel from the political elite (Table 2).

A significantly higher proportion of new members (almost 11 percentage points more than older members) feel that politicians do not care what people like them think.

They are also less likely to feel as though they can influence political affairs – something which, incidentally, is much more widespread among party members than among the general public.

Moreover, only four out of ten of new members think that a person like them could do a good job of being a local councillor or an MP, compared to six out of ten of the older members.

In other words, a stronger sense of estrangement from the ruling establishment among new members and a lower sense of individual effectiveness in influencing politics is coupled with a strong sense that change can be brought about collectively.

The large increase of like-minded members, the ‘social movement’-like euphoria and the social media hype that have developed around Corbyn’s leadership may well have addressed the perceived divide between members and leaders, and given hope to many of new members of bridging a gap which is otherwise perceived as unbearably wide.

But why do new members especially like Corbyn’s leadership?

The issue of a shift in ideology is of course important.

Although, as we have noted elsewhere, the position of new Labour members on the state-market dimension of left and right is not too dissimilar from those of older members (both are on the left of the spectrum and are further to the left than the party’s policies), their perception of where the Labour Party as well as where they themselves stand on the left-right scale is significantly different.

On a scale from 0 (extreme left) to 10 (extreme right), older members surveyed in May 2015 positioned the Labour party at 3.5 and place themselves at 2.4.

In May 2016 new members positioned the Labour party at 2.8 and place themselves at 1.9. Of these new members, one in ten (10.4%) consider themselves a member of Momentum, the association actively supporting Corbyn’s leadership, and (at 1.38) they are further to the left than others.

Moreover, a third (31.4%) of the new members are not completely new to the party, since they had been Labour members in the past.

When asked (in an open question) why they had left the party and then rejoined, two thirds of them explicitly mentioned either Tony Blair, the Iraq War or New Labour policies being too far to the right as the main reason they left in the first place.

Corbyn offers the opportunity to shift the ideological balance of the party back to its pre-New Labour era.

Another key issue for new members is that Corbyn is perceived as better understanding the importance of the voice of the people than previous leaders.

When asked to rank the most important issues in the country, 41% of new members placed ‘giving people more say in important government decisions’ in first place, as opposed to only 28% of older members.

In fact, some 40% of the new members think that the current Labour leadership respects ordinary members ‘a lot’ compared to only 16% of older members believing that was the case in May 2015. The difference is striking.

New members believe their voice is taken into account much more by the current leader than older members felt was the case with his predecessor, and this may be another reason why they were keen to stick with Corbyn.

In touch and principled: what they look for most in a leader

Given the importance they attribute to having a say in politics and being respected by the leadership, it is not surprising that more than two thirds (66.8%) of new members rank ‘being in touch with ordinary people’ as the most important quality in a leader (Table 4).

Jeremy Corbyn seems to be scoring well in this respect, at least when ‘ordinary people’ is understood to mean ‘ordinary members’.

In comparison, only half (48.8%) of the older members gives weight to this quality and they rank it in second place, behind being a good communicator (49.5%).

But among the new members, who make up half the membership allocated a vote in this latest leadership election, priorities are different.

Half of them (48.6%) believe that having strong political beliefs is the second most important quality in a leader. Being a good communicator is the third most important leader’s quality for new members, but it is only the choice of slightly more than a third of them (35.2%).

But what about the voters?

The ability to unite the party and to appeal to the average voter – qualities Smith supporters claimed their man had – do not seem to be tremendously relevant for either older or new members, although – as readers might now have predicted – they were more important for the former than the latter.

Yet, it is precisely the need to appeal beyond the membership to the electorate itself that presents the biggest challenge for the Labour Party under Corbyn’s continued leadership.

Our data show that there is an obvious gap between the views of Labour members and previous Labour voters, especially when it comes to social/moral (as opposed to economic) issues, such as immigration or law and order.

In principle, this divide is not unbridgeable. But the bridge can only be built if new members will accord as much weight to the opinion of ordinary voters as the new leader has accorded to the opinion of grassroots members.

This need not mean abandoning social media campaigning, which pro-Corbyn new members are particularly keen in pursuing even if it too often tends to preach the converted. It would imply, however, investing more time and effort in the old-fashioned, time-consuming (and at times nerve-racking) activity of talking on the doorstep to ordinary citizens.

It might be boring-old-politics. But it might still be the best way to carry on a genuine two-way conversation with those who hold different views. And it will decide Labour’s fate at the next election.

A shorter version of this article appeared in The Conversation.