Burke will be spinning in his grave

Professor Philip Cowley considers the implications of the Supreme Court hearing on Article 50 for Parliament. 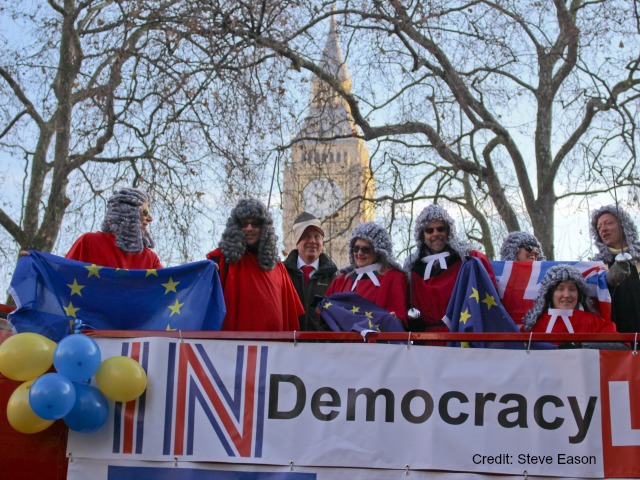 The coverage of the Supreme Court appeal on Article 50 is very interesting (if you’re the sort of person who likes that sort of thing), and it is constitutionally very important (parliament versus the executive is not a trivial matter), but despite some of the more hysterical coverage it is not obvious that it will have any impact on whether Britain leaves the EU.

If the government lose their appeal, as most people assume, and subsequently bring forward a bill to trigger Article 50, then it will pass.

There may be a bit of fun and games over attempted amendments – and however tightly worded, and however restrictive the ‘long title’ is, there is always the potential for amendments – but given the various pledges that Labour have already given it’ll pass the Commons and the Lords easily enough.

When MPs vote on it, however, something curious will be happening.

Prior to the referendum, roughly 75% of MPs were in favour of Britain remaining in the EU.

When the bill is put before the House, I suspect around 75% of MPs (maybe more?) will vote in favour of Britain leaving.

A decent number may abstain – unable to bring themselves to vote for the bill, but feeling unable to vote against it – but of those who vote, an overwhelming majority will back the bill.

For a variety of reasons (some good, some less good) MPs often vote in favour of things despite having doubts or concerns about what they are voting for.

Plus, quite often MPs vote without really knowing much about what they are voting for – or sometimes (whisper it) without even knowing what the vote is on.

But this will be qualitatively different.

When Article 50 is voted on in the Commons, all MPs will know what they are voting on – and a majority of MPs will be voting for something despite being pretty certain in their own minds that this is a bad decision.

Moreover, it is not just that they think it will have a below par or slightly sub-optimal outcome.

Many (again, perhaps a majority?) will vote for it despite believing it to be a disastrous policy choice.

Of course, the reasons they will do so are obvious (having had a referendum, they feel they have to implement the outcome), and they may well be wrong in believing the outcome to be negative, but that the cause is so obvious shouldn't blind us to the constitutional consequences.

It is difficult to think of many – any? – comparable votes when the victorious majority in the Commons consisted of quite so many MPs who believe strongly they are voting the wrong way.

There are votes where the outcome might have been different if a genuinely free vote had been granted (Iraq, in 2003, perhaps, although since the Conservatives were supportive of military action, it is not quite so obvious), and on any very close vote won by the government, it is likely that there are some MPs who vote for the winning side despite doubts about the policy they are backing.

But here we will be talking about up to three-quarters of MPs who vote for something despite it not being their preferred choice.

I struggle to think of any comparable vote. Can you?

Philip Cowley is Professor of Politics at QMUL's School of Politics and International Relations and Deputy Director of the Mile End Institute.

This article first appeared on the Revolts blog.