Gianfranco Baldini, Associate Professor of Political Science at the University of Bologna, considers the impact of Brexit on the country's institutions 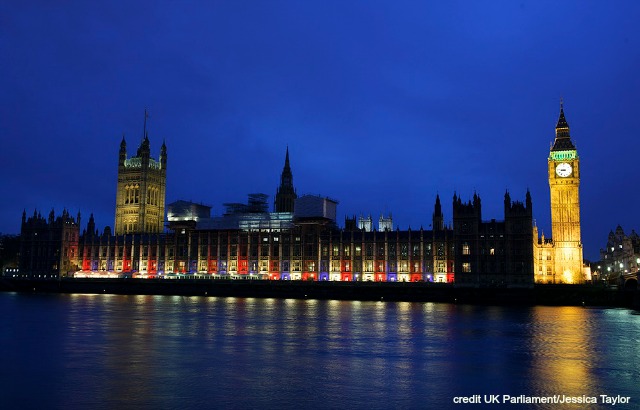 Brexit has sparked huge uncertainties for the future of the United Kingdom as a polity.

Although it is too early to consider the systemic consequences of the referendum, some assessments can be made on the dynamics of the referendum (how and why it came about) and on what the result means for the functioning of British democracy.

Supporters of institutional reforms and many British political scientists share the idea that one of the long-term problems of the political system stems from its elitist nature.

The British political tradition's power-hoarding elements are illustrated by the first-past-the-post electoral system and the idea that ‘government knows best’.

In times in which citizens are less and less deferential, these two elements have accordingly increased the distance between the people and the Westminster establishment.

However rhetorically opened to the idea of giving more power to the citizens, the last three Prime Ministers have generally resisted the implementation of direct democracy devices, especially on controversial issues.

And yet here we are: the Conservatives, the oldest political party in the world in what is arguably the most ancient representative democracy, face now a tremendous challenge after giving citizens the right to decide on whether the country should Remain or Leave the European Union.

How will the party implement the verdict which has cost it so dear and put an end to Cameron’s premiership?

Britain has always been the awkward partner in European institutions, and it is not by chance that the word ‘Euroscepticism’ was coined by the Brits.

Britain is the only country that asked its citizens to confirm its membership not just once, but twice.

Referendums are very often a risky business, all the more so when they touch upon issues in which emotions tend to prevail over rationality and, most importantly, in an age in which trust in politicians has been diminished.

Norman Lamont first proposed the idea of leaving the EU at the Conservative party conference of Bournemouth in 1994.  At the time it was seen as heretical.

While Cameron in his own first party conference as leader (2006) famously asked the party to stop ‘banging on’ about Europe, the issue was always going to be a dangerous issue for the party back in government.

The 2010 Conservative manifesto contained no reference to a referendum on the EU.

One can argue that when the promise of such a referendum came – in the Bloomberg Speech in 2013 – it could have seemed the right thing to do.

Keeping UKIP at bay, while also needing a new coalition to remain in Downing street, as all polls consistently had shown in 2014, seemed the perfect tool for Cameron in order to further kick the European can along the road.

And yet the road was always going to be steep.

Cameron was clearly not expecting an absolute majority in 2015, and hence the idea of having to respect this manifesto promise might have looked remote. The can came back and exploded in his hands.

Perhaps we should start thinking about the often improper use of the term ‘Eurosceptic’.

This was coined in 1985 by the Times (before Thatcher really turned Eurosceptic with the Bruges speech in 1988).

Neither Cameron nor Corbyn have ever been Europhiles. Indeed, seen from abroad, the British EU referendum looked like a battle between the Eurosceptic supporters of Remain and the Anti-EU umbrella of the Leave camp.

While the fate of all parties looks now as uncertain as ever (including of UKIP itself, whose raison d’être has now gone), representation is particularly under stress.

Last year UKIP got almost four million votes and just one MP. No one knows the extent to which having such a penalisation in Westminster has further enhanced the fortunes of the Leave camp, but it certainly has not helped to bridge the divide between an increasingly anti-EU electorate and a Eurosceptic parliament.

This is one of the key challenges now: British democracy is based on parliamentary sovereignty, and yet now we have a generally Eurosceptic (rather than anti-EU) parliament and a resigning Prime minister who have to implement a decision taken by the people which goes against the wishes of all party leaders in Westminster.

Representative democracy and direct democracy have rarely been so much at odds in Britain, but also in post-war Europe as a whole. The pressure for an early election might soon become unsustainable.

The first looks at the referendum for its binary and polarizing dynamics. The emergence of some ‘Bregrets’ –  people who cast a protest vote but do not share UKIP’s radical views – might mean that a good part of Leave voters are not really fed-up kippers.

Rather, they would be moderate voters, who might even revive the fortunes of the Liberal Democrats, as the only centrist and Europhile party in the system.

On the other hand, those who see Brexit as the first step of an anti-establishment crusade depict a more uncertain scenario, in which negotiations with EU institutions look indeed very problematic.

In both cases, however, what counts more in the long run is how the Conservatives and Labour will cope with the aftermath of this shock, possibly both with new leaders, over the next months.

Back in 1969 General De Gaulle famously resigned after a defeat in a (relatively un-important) referendum. This was consistent with his un-mediated conception of democracy, created ten years before with the Constitution of the French Fifth Republic.

Next autumn, Italian Prime Minister Matteo Renzi faces a referendum on constitutional reform in which he has deliberately put his premiership at stake.

Until a few months ago, very few people could have ever thought that a British prime minister could ever resign after a referendum defeat. The aftermath of the Brexit referendum provides a key test for the resilience of British democracy.