Asking the Right Questions about Gender Equality: An Historian’s Perspective 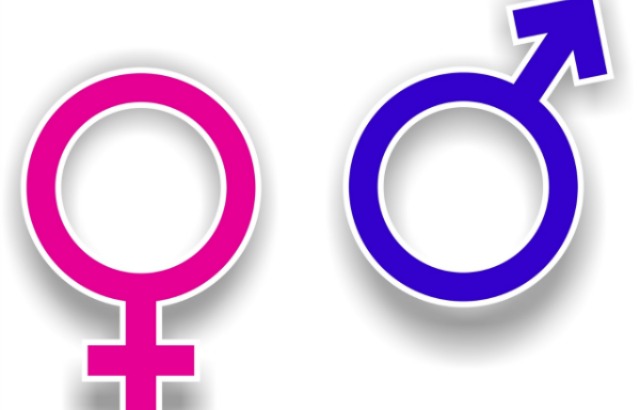 Historians understand better than most that the question you ask determines the kind of answer you get. Our perspective on the past is always changing, sometimes through the discovery of new evidence, but often through the framing of new questions. Asking ‘What did the First World War mean to ordinary Britons?’, for instance, produces a very different kind of understanding – and a very different emotional engagement – from asking ‘Why did Britain go to war in August 1914?’

Public policy, of course, aims to solve problems to improve people’s lives in the present day, not to explain what happened in the past. But framing the right questions is just as important.

Take the issue of gender inequality in the workplace, which is my current area of research. To date, policy here has rested on two main pillars: one seeking to outlaw sex discrimination by employers, and the other to promote choice and flexibility for working parents (and others with caring responsibilities). The first pillar was erected through the equality legislation of the 1970s, chiefly the Equal Pay Act (1970) and the Sex Discrimination Act (1975). Its importance as a minimal requirement for achieving gender equality remains incontrovertible.

But stamping out sex discrimination through the law has not, on its own, proved sufficient in creating gender-equal workplaces. The second pillar, promoted most energetically by New Labour in the late 1990s and early 2000s, recognises that men and women need to be enabled to adopt more egalitarian patterns of care in the home. This approach has been pursued through policies designed to give working parents more flexible working rights and financial help with childcare costs. In this model, the role of government is not to dictate how men and women manage their working and family lives, but to support couples in making choices which suit their individual circumstances and preferences.

This framework, of outlawing discrimination and promoting choice, remains the paradigm for present government policy. Yet it has failed to establish equality in the workplace, and nor has it brought about any fundamental redistribution of caring responsibilities outside it.

The ongoing sexual division of unpaid care work, according to the recent report of the LSE’s Commission on Gender, Inequality and Power, is a major impediment to equality, creating ‘dilemmas of work-life balance which are detrimental to women’s quality of life, and to women’s life chances, across social spheres.’ In response, the report calls for a reversal of current public spending cuts, gender budgeting, mandatory quotas for women in top jobs, gender-awareness training across the public and private sectors, a National Care Service and the embedding of flexible working practices in all institutions.[1]

Critiques like this have much force, but an historical perspective would suggest that neither proponents nor critics of the present policy paradigm are asking the right questions.

More important than promoting ‘choice’ is understanding how to make equal sharing of domestic responsibilities a social norm. Only when active fatherhood is as ordinary as working motherhood will men and women be empowered to make meaningful choices about family and work.

To illustrate this point, it is helpful to consider the growth of married women’s employment in the period since the Second World War. In 1931, only 10% of wives were formally employed outside the home; this more than doubled by 1951, rose to over a third by the beginning of the 1960s, and stood at 49% a decade later.[2]

This transformation was rooted in several factors, the first being demographic: put simply, women had fewer children and had them earlier and closer together. This meant that increasing numbers of mothers had completed the task of childbearing and infant-care by their mid or late thirties and were available for work.

The second factor was economic: conditions of full employment in the 1950s and 60s forced employers to recruit married women to part-time jobs, enabling many mothers to fit paid work around domestic responsibilities.

The third factor was cultural: although working mothers were frequently the subject of moral anxiety, the idea that paid work could be beneficial for women, their families and wider society slowly gained in purchase from the 1950s onwards. Popular sociology books, tabloid newspapers and women’s magazines began to present paid work as something which met new needs in women’s lives, from material aspirations for a higher standard of living to the desire for mental stimulation and social interests outside the home.

Combining family and paid work did not become easy for women, particularly as job security worsened and labour market decasualization proceeded apace in the 1970s and 80s. And nor did it become universal. But it did become ordinary – in the sense of being accepted as a fact of life and a permanent feature of modern societies.

By contrast, in the 21st-century fathers who work part-time or spend extended periods of time outside the workforce to care for small children are not ordinary. What are the prospects of them becoming so, and can policy make a difference?

The normalization of married women’s employment took root amidst benign economic conditions in the post-war period. On the face of it, the current economic climate does not favour gender equality. The Fawcett Society describes the ‘triple jeopardy’ facing women in austerity-era Britain, with public spending cuts hitting their jobs and the public services they rely on, as well as placing greater demands on them as unpaid carers for elderly relatives.[3]The recession has made seemingly little difference to the proportion of men working part-time; 11% did so in 2005, compared to 43% of women, whilst the figures in 2015 were 13% and 42% respectively.[4] This reflects continuing segregation of the labour market by gender, with women concentrated in lower-paid, ‘feminised’ sectors of the economy.

On the other hand, the proportion of mothers living with husbands or partners who are the main breadwinners for their families has risen significantly over the past twenty years. Figures for ‘stay-at-home-fathers’, although unreliable, do appear to be on an upward trajectory.[5] Furthermore, whilst employed women are more likely to have flexible working arrangements than men, the gap is not as large as one might necessarily expect: in 2010, 28% of women working full-time had such arrangements, compared to 19% of men.[6] Employed fathers still work longer hours than employed mothers, but their average working week has contracted over the past decade, whilst the proportion working unsociable hours in the late evening or at weekends has also declined.

It might be that today more fathers are working flexibly to accommodate caring responsibilities than is generally realized. This is not necessarily from choice –  anecdotal evidence suggests that some fathers work fewer hours because of a lack of affordable childcare, or became primary carers after losing jobs in the recession, whilst the small rise in men working part-time may be partly accounted for by the unavailability of full-time jobs.[7] But there are cultural factors pointing towards a more positive embrace of new work-family patterns amongst some men, as evidenced by a surfeit of media and blog commentaries on ‘stay-at-home’ fathers or ‘superdads’ juggling children and jobs.[8]

This combination of labour-market insecurity and cultural valorization could provide the formula to normalize active fatherhood in the early 21st century, just as demographics, full employment and attitudinal change normalized the employment of mothers in the post-war period.

What can policy do to accelerate this process? First, government must continue to address the gender pay-gap and the occupational segregation that helps to sustain it using every lever possible from mandatory gender pay audits to initiatives to promote ‘feminised’ occupations to young men and vice versa, and measures to strengthen and extend shared parental leave rights.

Second, policymakers should invest heavily in high-quality, authoritative and accessible research on men’s work-family arrangements which can inform and shape public debate. Married women’s employment became increasingly socially acceptable in the 1950s and 60s in part because of the popularization of a discourse which presented it as an inevitable – and positive – feature of modern societies. This discourse was rooted in empirically-rich social research which captured the public imagination. By contrast, much contemporary debate about active fatherhood is rooted in anecdotal or impressionistic evidence contextualized by inadequate macro-level data.[9] This needs to change.

Third, active fatherhood should be promoted by government, employers and the media as a normative model of masculinity at the level of policy, institutional culture and public discourse. This has to be handled carefully; too much championing of celebrities as inspiring role models, for instance, can have the opposite effect, that is, to reinforce the assumption that active fathers are exceptional supermen, rather than ordinary parents working and caring for their families.

By reframing the problem as one about the creation of new norms, rather than the promotion of choice, history throws a different – and illuminating – perspective on the challenge of gender equality at home and work. It shows us that such norms do not emerge spontaneously, even if they are rooted in long-term structural trends. Rather, they are produced by conscious action to construct meaning from social change. We might not have all the answers to how policy can transform the meanings of family and work for men, but at least we can ask the right question.

[6] Although women full-timers were over five times as likely to have term-time working arrangements as their male counterparts, indicating a clear sexual division of labour. Office for National Statistics, Social Trends 40 (ONS, 2010), p51.

[8] See, for example, Gaby Hinsliff, ‘I don’t know how he does it! Meet the new superdads’ Guardian, 18th July 2015, http://www.theguardian.com/lifeandstyle/2015/jul/18/do-it-all-dads-men-career-family-friends

[9] The Office for National Statistics does not collect data on fathers and mothers who withdraw from paid work in order to care for children. See John Adams’ blog on this statistical dearth,http://dadbloguk.com/its-official-stay-at-home-dads-do-not-exist/One valuable ESRC-funded study which ought to be more widely known is Modern Fatherhood: fathers, work and families in the 21stcentury. See http://www.modernfatherhood.org

This blog post first appeared in Historians in Residence, on 31 January 2016