After Brexit: British democracy in crisis

Dr Helen McCarthy, Deputy Director of the Mile End Institute, writes about what must be done to renew and repair our "broken democracy". 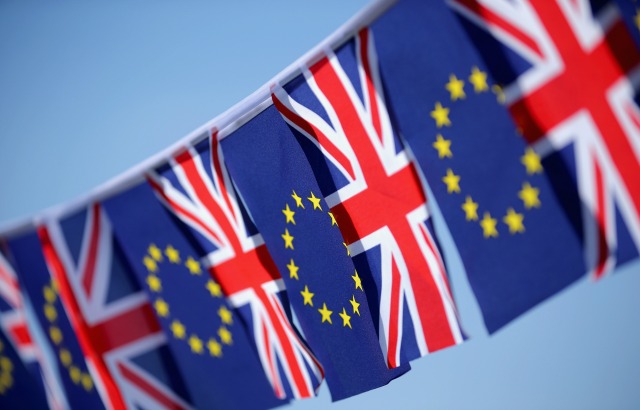 We live in politically dangerous times. Not since the dark days of the 1930s has Britain been faced with a crisis of representative democracy on the present scale. Back then, a world slump, mass unemployment and growing support for extremist movements of right and left threw the legitimacy of Britain’s parliamentary institutions into doubt. But the shock experienced by our political system in the past three days is not comparable to the 1930s. It is much, much worse.

Whilst other European democracies lurched to the right, the political centre held in Britain due to the presence of two factors which are disturbingly absent from our political culture today.

In the first place, a functioning party system was in operation. Labour, Conservatives and even the Liberals – electorally troubled then as now – were relatively stable coalitions of interests rooted in communities. Like today, hard-core activists were in the minority, but through their grassroots organisations political parties nonetheless formed part of the rich fabric of everyday associational and civic life. The Conservative whist drive, the Labour bowls club, the trade union pageant – these helped to embed parties in the structures and cultures of communities and, crucially, to plug them into the concerns and anxieties of local people.

With their dramatically reduced memberships and career MPs parachuted into safe seats, parties can make no such claims in 2016. The referendum result has exposed the gulf separating Labour’s leadership, even under the left-wing populist Jeremy Corbyn, from its ‘heartlands’ with particular starkness. The yawning chasm separating governing elites from those they govern now stretches so far each side can hardly see or hear the other through the mist. It is the great tragedy of our current politics.

Second, in the 1930s the majority of voters were fundamentally attached to the values of representative democracy, including the sovereignty of parliament. Voices on the extremes, like that of fascist leader Oswald Mosley, decried what they saw as a paralysed, anachronistic system overseen by a ‘old gang’ of elderly, self-interested statesmen. But one important reason why such critiques failed to stick was because parliamentary democracy was ideologically entrenched in Britain’s political culture. Ultimately, most people trusted their elected leaders to govern in the public interest and to arbitrate between competing interests. Plebiscites were for politically immature continentals, not for the British - the past-masters of peaceful constitutional change. David Cameron’s colossal error in calling a referendum on the UK’s membership of the European Union has set these hard-won representative traditions on a disastrous collision course with direct democracy, a flammable material which British voters have little experience of handling.

Mass unemployment, the most politically explosive issue of the 1930s, was defused in part through skilful, if unsparing, political management by elites – in simplest terms, through the dole. But it was also contained by self-imposed constraints within civil society, which ensured protest took place for the most part peacefully and within the framework of representative democracy: remember the unemployed men of Jarrow who, in 1936, marched, lashed by rain and with empty stomachs, over three hundred miles from the depressed north-east to Westminster to deliver their petition urging Parliament to act.

Mass immigration, the political incendiary of our times, has, by contrast, been fanned by a decade of failed leadership across the party spectrum, and was finally ignited last week by a damagingly divisive and wholly unnecessary referendum campaign. Most Leave voters are not racists; their concerns about uncontrolled immigration stem from understandable fears about jobs, housing and overstrained public services. Some, however, undoubtedly are, and the danger is that this racist minority, seeing the jubilant face of Nigel Farage all over the mainstream news media, will now feel that their prejudices have acquired political legitimacy and can be expressed without inhibition. As reports of racist incidents following Thursday’s result proliferate on social media, it seems that this is already happening.

So what is to be done? A stable, functioning representative democracy which commands public trust cannot be restored overnight. But those of us who don’t ‘do’ politics - who tut at the unedifying spectacle of baying MPs at Prime Minister’s Question Time, who roll their eyes at the latest expenses scandal, who cringe at the vacant sound-bites wheeled out at stage-managed press conferences, who sigh at news of ministerial incompetence or party mismanagement – I’ve got news for you. The time for holding our noses and spectating from the side-lines has passed.

I’ve never belonged to a political party, but the day after the referendum result, I joined Labour. I did so not out of admiration for the current leadership - unlikely given the chaos of recent days - but because I believe that rebuilding the centre-ground of our politics is too important a task to leave to others. You might prefer to join the Conservatives or the Liberal Democrats - it doesn’t really matter which. Either would be a small step towards the goal of restoring the place of strong centrist parties in a parliamentary system that works for its citizens.

In whatever form Brexit proceeds from here, our democracy is broken. It’s the responsibility of every one of us to start picking up the pieces.

Helen McCarthy teaches modern British History at Queen Mary University of London and is Deputy Director of the Mile End Institute. She tweets at @HistorianHelen