Dr James Ellison, Reader in International History, argues that the delays to the publication of the Chilcot report could be seen as a sign of strength, not weakness. 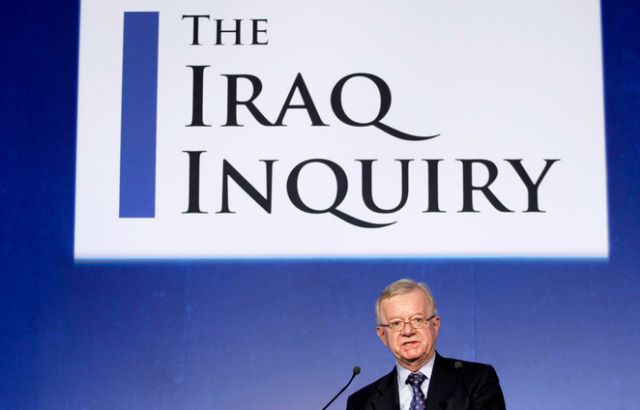 Whatever position you take on the Iraq Inquiry – whether you see it as an establishment stitch-up, or whether you think it might actually tell the truth about Britain’s decision to go to war in Iraq in 2003 and all that ensued – you have to agree that it has moved slowly.

If Sir John Chilcot does not produce his report by the end of 2015, his Inquiry will have been in session longer than British combat troops were deployed in Iraq. That comparison is felt acutely by the families of soldiers killed in the war, which is why they now intend to mount a legal challenge to force a publication date on the panel.

As public frustration grows, it is hard to find anyone sympathetic to Chilcot and his inquiry. But despite the extensive delay, that is somewhat surprising.

Since 2009, Chilcot has faced the unprecedented task of studying one of the most controversial decisions in modern British history. We need a careful and comprehensive judgment of that decision more than ever – and the inquiry is rightly refusing to issue any report until it is absolutely ready.

So why, exactly, is it taking so long?

The origins of the delay aren’t of Sir John’s creation: they are Gordon Brown’s. The Inquiry’s terms of reference and the information sharing protocol (which governs the documents it can access) were set by the Brown government and the Cabinet Office. The result is an inquiry into not only the war’s origins, but also its course, its aftermath, and the ensuing occupation.

The first reason for the slow process, then, is workload. 130 witness hearings have been held, and over 150,000 documents analysed. That volume of material, and the weight that is resting on the rigour and accuracy of its analysis, should not be underestimated.

As per the panel’s statement on August 26 2015, it has sought “all relevant documents” and “made a large number of requests for declassification of documents”. By law, the kind of documents that the inquiry has seen would not be accessible to the public until perhaps the 2030s – and not even then if deemed too sensitive.

Sir John has demanded that material now, and we might have expected he would get it. After all, Gordon Brown told parliament in 2009 that “No British document and no British witness will be beyond [its] scope.”

The key word there is “British”. While the inquiry has had some difficulty seeing over 200 Cabinet and Cabinet Committee records, and perhaps some highly sensitive national security documentation, the real problem is likely to be access to documents that involve other states – principally the US.

Anyone who has written the history of British policy knows that the gold dust is what passes across the prime minister’s desk. In terms of Iraq, that means Sir John wants Blair’s correspondence with George W Bush. There are very good reasons why the cabinet secretaries would keep that secret, among them that any serving prime minister must be able to guarantee other heads of state as much secrecy as possible in their exchanges.

It’s also not hard to imagine that the US government (and the George W Bush Library) were far from eager to see Bush’s correspondence released.

The other and most contentious reason for the report’s delay has been “Maxwellisation”, the process in which officials due to be criticised are sent sections of the draft report for comment in the name of fairness. That list of individuals is said to comprise around 30 former ministers, officials and military figures.

The inquiry also faced a setback with the death of historian Sir Martin Gilbert, a panel member who fell ill in April 2012 and died in February 2015. Sir John paid tribute to the “wisdom and insights” Sir Martin had brought to the inquiry but made no reference to the consequences of his loss for its progress, even though it must have compounded delay.

All of this, of course, assumes we really should be concerned about the length of time the inquiry is taking.

Publication of a report by now would obviously have been preferable for those writing it, for the public, and above all for the families of the dead. Yet if we want the truth about 2003-09, and if we assume Sir John intends to report it, then we have to wait for him to do that.

We are probably in the final stages of the inquiry, perhaps with six months to go. Other inquiries about less complex issues have taken much longer than six years; the Bloody Sunday Inquiry, for instance, took ten years and reputedly cost more than £400m.

As we think about that, we should also think about what we can expect from the Iraq Inquiry Report and how it will be judged.

Critics of the report already imagine that it will be a whitewash, akin to the 1983 Franks Report on the Falklands War – a somewhat unfair comparison, since the Franks hearings were much smaller in scope and held in secret. The same critics also point to the dissatisfaction of previous Iraq-related inquiries chaired by Lord Hutton and Lord Butler. The establishment, they argue, is once again looking after its own.

That view fails to consider one important possibility: that Sir John and his colleagues are not working up a whitewash, but in fact the opposite. The report’s lengthy gestation and the protracted process of Maxwellisation could well point not to the weakness of the inquiry, but to the strength of the criticisms that it intends to make.

In the end, we must judge the inquiry on its terms of reference and the rigour, accuracy, and fairness of its report. The bar is set high, but the cause demands it. The Iraq War remains an open wound in the UK and around the world; salving it requires the highest form of Inquiry treatment.

There are reasons to be concerned. Sir John may not be able to meet his own pronounced standard of openness. He might not be able to get the Cabinet Office to agree to the release of all of the documentation he requires. Complete candour may be impossible given national security concerns. Maxwellisation may force Sir John to edit his original findings, and we may never know what was cut or why.

Then there are the varied expectations that weigh on the report. Longtime opponents of the war hope it will vindicate them. The families and friends of the fallen British service personnel want to know who is responsible for sending their loved ones into war. MPs want public confidence in the system restored. David Cameron wants to be able to stand in parliament and say the report was worth waiting for, and that British democracy is the stronger for it. Sir John and his colleagues no doubt want to leave a just legacy. And Tony Blair wants to be able to say he was right.

No report will satisfy everyone, or wipe away the controversy surrounding Iraq. We should judge it, despite the delay, on whether it fulfils its promise to identify lessons to be learned, in the hope that future leaders will approach decisions with more wisdom than the Blair government did in 2003.

Only if it does that will it honour the 200,000 or more who died as a result of the Iraq War, including the 179 British dead, and their families, who continue to suffer in its aftermath.

This article first appeared in The Conversation.