Why did Britain join the EEC? A Revisionist View

In this article, written for Mile End Institute conference, Britain and Europe: The Lessons from History, Professor Alan Sked challenges the conventional historiography concerning the motives behind Britain’s first bid to join the EEC. 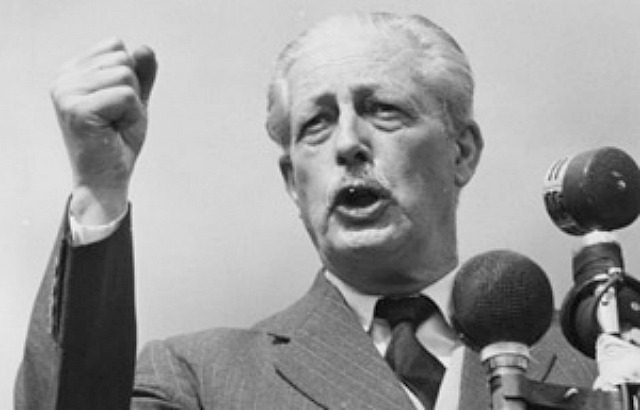 Most students seem to think that Britain was some sort of economic basket case and that the EEC provided an engine which could revitalise her economy.

Others seem to believe that, after the Second World War, Britain needed to recast her geopolitical position away from empire towards a more realistic one at the heart of Europe.

Neither of these arguments, however, makes sense.

The EU in the 1960s and 1970s was in no position to aid anyone’s economy. It spent most of its meagre resources on agriculture and fisheries and had no policies at all for furthering economic growth.

If Europe grew after 1945, growth was kick-started by Ludwig Erhard’s currency and supply-side reforms in West Germany from 1948, which in turn revitalised the economies of the Low Countries.

Also important was the work done by the European Payments Union under the Marshall Plan and the General Agreement on Tariffs and Trade (GATT), which worked on the ‘most favoured nation’ principle.

From 1960, the Rueff Plan in France implemented further supply-side reforms. In the words of the US economic historian, Professor Barry Eichengreen, in his magisterial The European Economy since 1945:

An economy no longer saddled with controls and cartels responded energetically to the reforms of the Rueff Plan … On 1 January 1960, when the Rueff Plan came into effect, 90 per cent of all trade with European markets and 50 per cent of trade with the dollar zone were freed. The Plan tackled the country’s chronic fiscal deficits by limiting public-sector pay increases to 4 percent, cutting subsidies for nationalized companies and eliminating pensions for able-bodied ex-servicemen. It addressed inflation inertia by abolishing index-linking, except in the case of the minimum wage. Capital formation was encouraged by tax provisions allowing for the accelerated depreciation of fixed investment… and [it] scal[ed] back the protection afforded small farmers. The results were out-migration from agriculture, rising farm productivity, and elastic supplies of labor to industry.

Stimulated by a devaluation of the franc, French companies consolidated themselves to secure economies of scale in export markets. Gross fixed investment rose from 17 to 22 percent over the previous decade. The French car industry expanded faster than the Japanese.

In short, Jacques Rueff was the Erhard of France and his policies were copied in Italy and Scandinavia.

Margaret Thatcher would continue the story of supply-side reforms, cutting taxes, defeating the trades unions and cutting back the state but adding privatisation of nationalised industries to the mix.

Thatcherism in turn was copied by governments across Europe. Finally, in 2003, Gerhard Schroeder would again revitalise the German economy by introducing further supply-side reforms.

In short, the European economy after 1945 grew because of reforms brought in by individual governments. EU policy has always been either irrelevant to European growth rates (tariffs cuts were of marginal benefit statistically, according to recent research, and difficult to disentangle from the results of tariff cuts made by EFTA states) or, like the Euro, positively detrimental.

If British growth rates before the Thatcher revolution had been lower than those of France, Germany and Italy, this was not because she was a late member of the EEC but was due to high overseas defence spending which led to continuous balance of payments crises.

Meanwhile, most of the costs of the French war in Vietnam were paid for by the Americans, who thereafter subsidised French military spending through the US Mutual Defense Assistance Program. This turned out to be as costly as the Marshall Plan (c. $ 11 billion over a decade).

EU membership did not impinge on any of this. If growth rates in Western Europe were 3.5% in the 1950s and 4.5% in the 1960s, British growth rates were in any case not very far behind and often ahead.

In 1959, when Macmillan took office, the real annual growth rate of British GDP, according to the Office of National Statistics, was almost 6%. It was again almost 6% when de Gaulle vetoed Britain’s first application to join the EEC in 1963.

In 1973, when we entered, our annual national growth rate in real terms was a record 7.4%. The present Chancellor would die for such a figure. So the economic basket case argument doesn’t work.

What about geopolitics? What argument could have been so compelling as to make us kick our Second World War Commonwealth allies in the teeth to join a combination of Belgium, the Netherlands and Luxembourg plus France, Germany and Italy?

Four of these countries held no international weight whatsoever. West Germany was occupied and divided and its armed forces were under the strict supervision of NATO. Most West Germans opposed rearmament.

France, meanwhile had lost one great colonial struggle in Vietnam and another in Algeria. De Gaulle had come to power to save the country from civil war. Most realists must have regarded all these states as simply a bunch of losers.

De Gaulle, himself a supreme realist, could not understand why the British wanted to join the EEC. In his famous press conference of January 1963, when he vetoed British entry, he pointed out that Britain had democratic political institutions, world trade links, cheap food from the Commonwealth and was a global power. Why would it want to enter the EEC?

I repeat, conventional historiography does not answer the question.

The true answer is that Harold Macmillan, backed by a handful of close advisers, was part of an intellectual tradition that sought salvation in some sort of world government based on regional groups.

He was also a close acquaintance of Jean Monnet, who believed the same. Monnet was a high international civil servant who had worked for the Americans as much as the French, but who also had close links with the Soviets (as did Macmillan).

The two had grown close in Algeria during the war, when Monnet was the US envoy to the Free French Government in North Africa and Macmillan was the Allied Representative for the Mediterranean.

Monnet, however, also had fanatically devoted followers in the US State Department, including John Foster Dulles (who persuaded a sceptical Eisenhower to back Monnet’s plan for a European defence Force), David Bruce (the eminent American diplomat who served in France, Germany and the UK), and, later, George Ball, Kennedy’s Under-Secretary of State for European Affairs.

All these people backed Monnet’s plans for a united Europe and later Kennedy’s Grand Design for a European-Atlantic Trade Partnership. Inside the State Department, they were known as the Theologians.

Macmillan was the representative of the European federalist movement in the British government.

In a speech in the Commons he even advocated a European Coal and Steel Community before the Schuman Plan had been announced. He later arranged for a Treaty of Association to be signed between the UK and the ECSC and ensured that a British representative was sent to the Brussels negotiations following the Messina Conference.

In the late 1950s, he pushed negotiations concerning a European Free Trade Association towards membership of the EEC.

Then, when faced with de Gaulle turning the EEC into a less federalist body, he took the risk of submitting a full British membership application in the hope of frustrating Gaullist ambitions.

Apart from Adenauer, who disliked and distrusted him, he had all the others (all federalists) on side.

Macmillan’s aim, in alliance with US and European proponents of an Atlanticist and federalist world order, was to frustrate the emerging Franco-German alliance, which was seen as an alliance of French and German nationalisms.

Indeed, Monnet was informed before the British Parliament of the terms in which the British approach to Europe would be framed.

Despite advice from the Lord Chancellor, Lord Kilmuir, that membership would mean the end of parliamentary sovereignty, Macmillan deliberately misled the House of Commons — and practically everyone else — that merely minor commercial negotiations were involved.

Macmillan even tried to deceive de Gaulle that he was an anti-federalist and a close friend who would arrange for France, like Britain, to receive Polaris missiles from the Americans.

De Gaulle saw through him and vetoed the British bid. Macmillan left Heath to take matters forward and Heath, along with Douglas Hurd, arranged for the Tory party to pay a large sum of money to become a (secret) corporate member of Monnet’s Action Committee for a United States of Europe.

According to Monnet’s chief aide and biographer, Francois Duchene, both the Labour and Liberal Parties later did the same.

Meanwhile the Earl of Gosforth, one of Macmillan’s foreign ministers in the House of Lords, actually informed the House that the aim of the government’s foreign policy was world government.

Monnet’s Action Committee was given financial backing by the CIA, through numerous bodies including the Council for Foreign Relations. By 1973 the whole international establishment was behind British membership.

It probably still is.

Alan Sked is Emeritus Professor of International History at the London School of Economics and has published widely on the Habsburg Empire and on many aspects of British and European History. He was a founder member of the Bruges Group and was leader of the United Kingdom Independence Party (UKIP) from 1993 to 1997.