What’s wrong with political manifestos, and how to fix them

From March until 7 May, the Mile End Institute will invite experts from QMUL and beyond to contribute ideas, analysis and commentary on the 2015 UK General Election. In this article, Dr Patrick Diamond asks if the party manifesto process is fit for purpose. 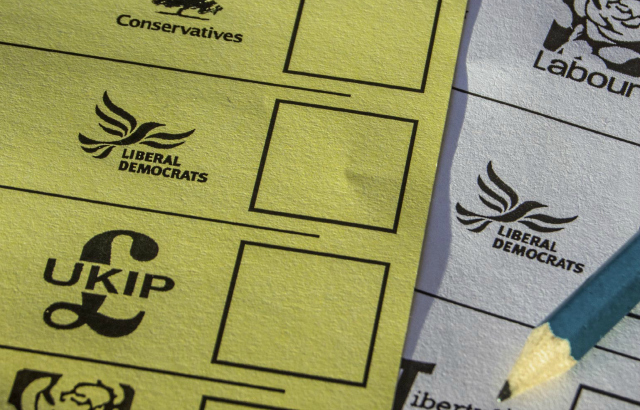 The flurry of 2015 election manifesto releases has come to a close and much analysis has already been offered of what the various parties are offering. Understandably much of the focus has been on the likelihood these policies will win votes in what is surely the most tightly fought electoral contest for a generation.

But should we not be asking a deeper question about these manifestos: how far do they allow the country to actually be governed? Too little thought has been given to whether the policies contained within them can actually be implemented in practice.

Part of the issue is inevitably fiscal. Ed Balls, Labour’s Shadow Chancellor, has sensibly argued that the Office for Budgetary Responsibility should independently scrutinise the fiscal plans of each of the parties, making the implications of each prospectus for taxing and spending more transparent.

But it’s also important to ensure that policies can be delivered in the real world. Too many fiascos have originated from parties failing to adequately stress-test new policy ideas. Take, for example, the Conservatives’ “community charge” (otherwise known as the poll tax) from the 1987 election manifesto. That later became unworkable due to its unfairness. Then there were Labour’s individual learning accounts, which had to be abandoned in 2001 following widespread financial fraud.

The problem is that once commitments are enshrined in party manifestos they are then difficult to break, even if they look increasingly unworkable, or do not provide value for money.

What’s the answer? The civil service should have a formal role in working with politicians and advisers to scrutinise policy ideas prior to their inclusion in manifestos. At present, there are rules governing the process by which the major opposition party consults Whitehall officials, but in practice these amount to cursory discussions between shadow cabinet ministers and permanent secretaries. The terms of engagement remain too limited.

Prior to 1997, civil servants in major government departments were forced to consult Will Hutton’s The State We’re In to discover more about New Labour’s plans for government. Little did they know that Blair’s Labour Party had already jettisoned many of Hutton’s ideas for a “stakeholder economy” on the basis that they might concede too much power to the trade unions.

Equally, in 2010 a profusion of books about Cameron’s vision of the Big Society didn’t provide much of a guide to the coalition government’s actual programme. Even the government of the day cannot involve the civil service formally in manifesto preparation for the next parliament, as I remember from my time as a special adviser prior to the 2010 general election.

Whether in government or opposition, the civil service is often left in the dark about each of the major parties’ intentions. This is dysfunctional and inimical to good government. Politicians rely on civil servants to turn abstract ideas into practical policy.

The Office for Budgetary Responsibility and key departments must be allowed to work alongside all the main parties to produce a fiscal plan for their policies, as well as helping them work out how they’d actually implement them if they formed a government.

Now, more than ever, we need political parties that are sufficiently prepared for governing. The political environment has become considerably more complex as the result of greater devolution in Scotland, Wales, and Northern Ireland, as well as membership of the European Union.

Tony Blair admitted in his own memoirs that he had little idea of how to govern after being elected in 1997, never having run a large organisation before. The coalition government similarly faced huge obstacles after 2010, in part due to its lack of experience. Reforming Whitehall’s role in working with the major parties would help to remedy this gap in the governance of Britain.

Patrick Diamond is based at the School of Politics and International Relations, and was formerly Research Fellow in the Department of Politics at the University of Manchester, and Gwilym Gibbon Fellow at Nuffield College, Oxford. He is currently a Visiting Fellow at Kellogg College, University of Oxford and an Associate Member of Nuffield College.

He is a local councillor in the London Borough of Southwark, Vice-Chair of the think-tank Policy Network, a member of the Advisory Board of the Social Market Foundation, and sits on the Scientific Council of the Foundation for European Progressive Studies. Patrick held a number of senior posts in British central government between 2000 and 2010, and was formally Head of Policy Planning in 10 Downing Street. He has been a trustee of the Bromley by Bow Centre, a pioneering voluntary organisation led by the local community in East London.