What’s next for decentralisation in the United Kingdom?

In this post, Professor Francis Davis looks ahead to the implementation and likely impact of Greg Clark’s “radical” decentralisation bill. 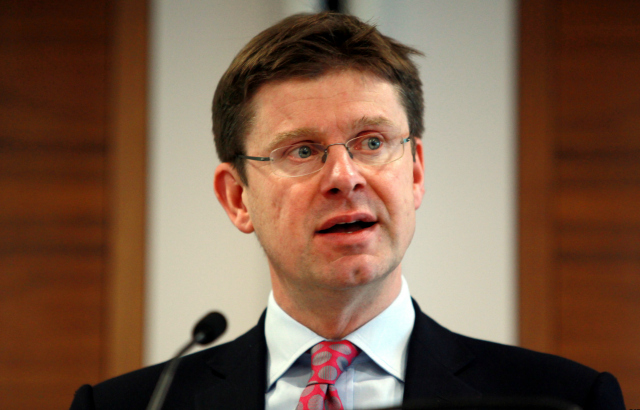 Greg Clark has engineered a powerful decentralising bill that will provide the cities, towns and counties of England and Wales with the chance to take on the big domestic challenges of our time. How creative and effective will each area be in meeting those challenges?

Five years after he was first appointed Minister Greg Clark has arrived back at DCLG, this time as Secretary of State, no less convinced of the need for decentralisation to unlock all of our nation’s talents. This time round he has the heavy weight backing of George Osborne. He has a talented team of officials in his own department, among the most able of whom chose to work there especially because of the government’s decentralising ambitions and Clark’s tenacious and principled commitment to a fresh approach. The opportunity to complete a fundamental paradigm shift in English politics, economic development and governance now stands before him and the rest of the Cabinet. What is next?

The House of Lords is currently discussing Clark’s new Cities and Local Government Devolution Bill. The bill – fast out the door - is radical. It gives the Secretary of State the power to devolve any public function to a combined authority. It begins to create the framework of legislation that will enable localities of every town, county or city to come forward with compelling ‘asks’ to the centre. They will be able to take power and resources back to their area and so address pressing needs as only they know best.

Devo-Manchester is but the first step in a much wider revolution soon to be followed by a major county and some Northern cities. What is missing thus far is a flagship ‘ask’ from a combined authority in the South – although the recent news that Hampshire, Portsmouth, Southampton and the Isle of Wight may be in the running as a single area (as big as Wales’ economy, they argue) may trigger a competition.  Kent and Sussex are no less ambitious.

Some local leaders of course would like the bill to have the flexibility for unitary authorities or counties to come forward on their own. That is understandable. Sitting behind the whole question is where local government resources will flow after the comprehensive spending review. West Cheshire, for example, saved £300 million when it washed away its district councils some years ago. Some in London judge such an option a likely outcome of the coming five years. Businesses and local leaders will be scouring Greg Clark’s upcoming speech at the Local Government Association for early signs of his direction of travel.

Those who have admired Clark’s work thus far will already have a sense of the intensity of his consensual radicalism combined with a meticulous attention to detail. Advised by Lord Heseltine, his tenure will not be characterised by grand narratives and pages of guidance but tough negotiations intended to push those who are up for the challenge further and faster.

There remains though the question of teasing out how the decentralisation revolution will most helpfully support and empower the most vulnerable members of our society. This is not a task confined to Clark’s department but will form an acid test against which the government will in future be judged: The Department of Work and Pensions has been slower in signing up to the agenda than some other departments. The Home Office more flexible. Acute provision for children with severe mental ill health is overly-concentrated on London but very expensive to replicate at local level, while excellence in cancer care is no less simple to provide at local scale.

With sums as large as £6 billion arriving in Manchester are there – or can there be invented – charities and social enterprises large enough and dynamic enough to ensure that the most flexible and focused of responses to need are driven forward?  Will the thousands of carers in Greater Manchester gain a voice or representative on the board overseeing health as the implementation of the Care Act meets its first winter later this year? And what of the wider question of social care and health integration?

Our research in the South suggests the quality and quantity of support for frail, elderly or learning disabled Britons is as much determined by the courage and creativity of local leaders as it is by the volume of resource they have to bring to the task.  And the research which is being conducted at the Mile End Institute, in partnership with the Local Government Information Unit, will provide invaluable insights into how the devo-Manc reforms affect the lives and perceptions of ordinary people.

Amidst the decentralising headlines is rapidly emerging a real need to track the specifics of the local implementation plans that various areas adopt. Locality will matter. This provides new challenges to corporates, journalists, academics, faith groups and other civic voices as prone to be obsessed with London as Whitehall can be with itself. .

Ultimately, Greg Clark has put before us a far reaching piece of legislation that will impact all. The key question that remains is this: how far will local leaders succeed in addressing these complex social issues, and rising to the opportunities now before them, including those I have outlined above, in a way that fits their local challenges?

In many regards these questions reach beyond party, not least as a key feature of Greg Clark’s strategy is to work with the Northern Cities first. The Northern Powerhouse will become a new anchor by which, as one local authority leader termed it, a ‘one nation powerhouse’ is restored. There is no turning back.

Professor Francis Davis is CEO of the Southern Policy Centre – the new think tank for the central South – and is a member of  the board of the Mile End Institute. An earlier version of this blog was published at www.platform10.org