What role will Northern Ireland MPs play in the General Election?

From March until 7 May, the Mile End Institute will invite experts from QMUL and beyond to contribute ideas, analysis and commentary on the 2015 UK General Election. In this post, Jennifer Thompson examines the potential role of the Northern Irish MP to act as king makers for the larger UK parties. 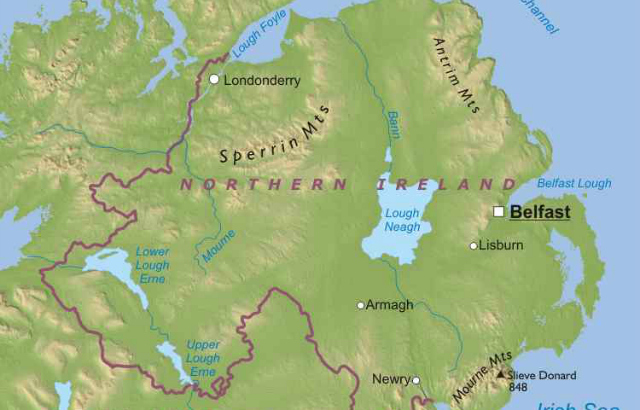 The UK 2015 election has brought an abundance of prospective kingmakers. Gone are the days of red versus blue, and in its place is a messy, complicated palate of multi-coloured interests.

But so far, one group of expectant suitors has been – somewhat dubiously – excluded from the debate. The Northern Irish parties may well have a substantial and lasting impact on the formation of the next government. This is certainly not lost on the party leaders of the UK’s smallest province and makes their exclusion from the TV debates rather hard to justify.

The politics of Northern Ireland are, for many reasons, seen as rather distant from the concerns of the rest of the UK. The province’s history, especially its recent violent past and the long peace process of the 1990s, create a very different political world. And indeed, the Conservatives are the only main British party fielding candidates in Northern Ireland.

But it has 18 MPs and its politicians may play a decisive role in a post-election coalition – whether the bigger parties are acknowledging it or not.

Who are the players?

Northern Ireland’s seats in the UK parliament are roughly split between nationalist and unionist parties. There are eight Democratic Unionist Party (DUP) MPs, five from Sinn Féin and three representing the Social Democratic Labour Party (SDLP). There is now also an Alliance MP, and a lone independent in the form of Sylvia Hermon, who quit the Ulster Unionist Party when it made a pact with the Conservatives after the 2010 election.

The picture in terms of MPs seems likely to look more or less the same after May 7. A few of the Belfast seats may stage an upset but the vast majority of seats are seen as locked down, with Sinn Féin and the DUP set to take the lion’s share.

The DUP and the UUP – both unionist parties – have agreed on an election pact in a bid to ensure that their representation is maintained in 2015. The two parties are fielding a single candidate, on whom they both agree, in four constituencies so as not to split the unionist vote.

The Northern Ireland election will be particularly interesting for the Conservatives. It has more options for alliance-building than Labour.

The Tories are reportedly open to the idea of a coalition involving the DUP and David Cameron was said to be wooing senior party members well in advance of this year’s election.

Of all the Northern Irish parties, the DUP is the most likely to have a place in the Westminster government after May 7. Its main rival Sinn Féin abstains from taking its seats in the UK parliament so is highly unlikely to be involved in any kind of coalition. The SDLP, described by Labour as its sister party, has said explicitly that it would help to prop up a Labour-led coalition – but with just three seats it’s unlikely that that the party will be called upon.

Pragmatism is at the core of the DUP’s approach – the aim is to secure more money from the Westminster government, whether it is led by the Conservatives or Labour.

In many ways, the party would make for a comfortable Conservative bedfellow, as it has similar ideological positions on a range of issues. The DUP is generally Eurosceptic and has said that a referendum on EU membership is a red line condition for any coalition agreement.

There are differences though. There is, in particular, the potential for a clash on economic policies. The DUP’s voter base is drawn largely from lower income households and the party has demanded the abolition of the hated bedroom tax as another non-negotiable part of any potential agreement.

What’s more, the DUP espouses a strong social conservatism that is not particularly compatible with David Cameron’s attempts to modernise his party.

It is fiercely opposed to any liberalisation of Northern Ireland’s strict abortion laws and has condemned attempts to extend marriage rights to same-sex couples.

Paul Givan, a senior DUP politician, recently attempted to introduce a conscience clause to allow businesses to deny services on the basis of strongly held religious beliefs. Such attitudes are difficult to square with mainstream British politics.

So while the Conservatives may need to shop for a coalition partner in Northern Ireland, the subsequent negotiations could prove very tricky indeed. Even after they’ve reached an agreement with the DUP, it faces the challenge of trying to sell the demands of a distant, provincial party to an austerity-weary electorate in the rest of the UK.

Jennifer Thomson is a PhD candidate at the School of Politics and International Relations. Her focus is the politics of abortion legislation in contemporary Northern Ireland. More information about Jennifer's research is available here.