What is the Role of Business in Britain's Relations with the EU?

In the 1950s, British business was unenthusiastic about European trade co-operation. By 1975, that had changed dramatically, with business playing a leading role in the referendum of that year. Professor Glen O’Hara explores what had changed to make business more pro-European, and why its role will be different in the coming referendum. 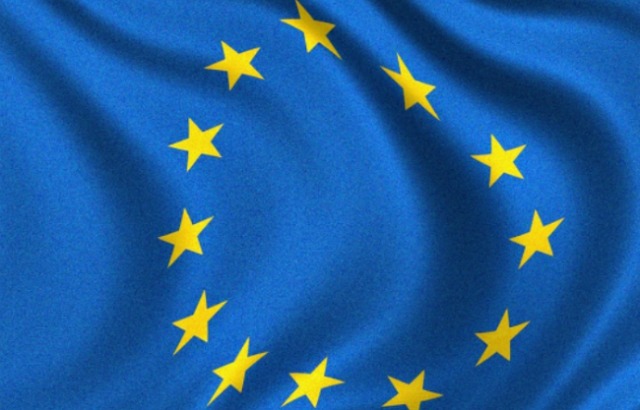 In the immediate postwar era, British business was not particularly enthusiastic about forging economic links with the continent of Europe. Since the nineteenth century, businesses had become used to importing cheaper commodities from the Empire-Commonwealth and selling manufactures back to these less economically developed nations. That alignment had been encouraged, from the early 1930s onwards, by a system of imperial preference, and by the existence of tariff- and non-tariff barriers to trade. This allowed employers to hide, to some extent, within a British sterling area, with a low risk of currency volatility as well as familiar linguistic and legal cultures and rules.

To this was added employers’ fragmented institutional and representative politics, with the British Employers’ Confederation and the National Union of Manufacturers particularly unimpressed by the idea of economic union with Europe. The British Employers’ Confederation was deeply involved in questions of workplace efficiency and negotiation, and its members became pessimistic about breaking out of Britain’s apparent travails in the field of labour relations. The National Union of Manufacturers, speaking mainly for smaller and medium-sized firms, questioned what the companies it represented would get out of access to a massive export market. As the 1950s wore on, the employers’ biggest organisation, the Federation of British Industries, gradually became convinced that some form of association or alliance with Western Europe was inevitable: but this was often a matter of grudging acceptance, rather than enthusiasm.

If we move forward to 1975, however, and look at businesses’ approach to the 1975 European referendum, we find that this reluctance had vanished, to be replaced with campaigning zeal for the European ideal. ‘Mr Europes’ were appointed in hundreds of companies; the vast majority of company chairmen backed the European Economic Community (EEC); the new Confederation of British Industry (CBI) established a European Operations Room and put out a stream of pro-European propaganda. What had happened to change the situation so drastically?

The answer lies partly in the very creation of the CBI itself. The CBI absorbed the British Employers’ Confederation and the National Union of Manufacturers, reducing the influence of those localist and smaller-scale voices. The CBI’s first Director-General, John Davies, was one of the strongest advocates of the corporatisation of a more efficient, orderly and above all larger-scale economy, in which much bigger and multi-functional companies would emerge and take the stage as ‘national champions’ for Britain. Davies, a Francophone accountant by training, had served in the past as Vice-Chairman and Managing Director of Shell-Mex and BP; he was later to become Edward Heath’s first Secretary of State for Trade and Industry, at a time when a new breed of technocratic new brooms – the ‘Heathmen’ – were aiming to sweep away outdated practices in the early 1970s. Davies understood the opportunities of the European market – much bigger, more differentiated, more prosperous and above all more competitive than those regions of the world with which British companies were used to trading.

The creation of the CBI also cut through a divide between industrial producers and consumers that had bedevilled the private sector’s view of the EEC. Basic goods industries – for instance, the steel sector – had not altogether liked the sound of cheaper, more modern competition coming from the continent. Such developments would, however, clearly have been in the interests of steel’s end users – in engineering, or the car industry. Now that they were united in a single employers’ confederation, the ideas of the former counted for less than those of the latter, allowing more high-end, technological and customer-facing industries to gain the upper hand. They usually proved to be more enthusiastic ‘Europeans’ than their forebears.

If businesses’ institutional setting changed, so did ideas and concepts of what ‘Europe’ meant in the first place. As the 1950s went on, and especially during the 1960s, the idea of Britain’s economic decline took a strong hold on the business, no less than the wider popular, imagination. A panoply of tables, charts and graphs seemed to highlight the same stark facts: Britain was growing very slowly indeed as against the Six founder members of the EEC; her productivity was poor; and her investment and research spending were held back by ‘stop-go’, the process by which governments would pump up demand before cutting it when faced with one of the period’s many sterling crises. West Germany, in particular, was pictured in the popular press as enjoying an enormously admirable standard of living unimaginable at the end of the Second World War. France and even Italy (this seemed near-impossible at the time) were not far behind.

The EEC nations seemed to have engineered an economic miracle by constructing much larger markets and allowing more specialisation across a huge marketplace. At the same time, they had convinced trade unions to hold back wage claims in return for higher social benefits and the fruits of the very growth that this ‘confidence trick’ inspired and allowed. Businessmen of an entrepreneurial free-market mindset, focusing on the opportunities Britain might be able to seize within the EEC, and decision-makers who liked to think of themselves as socially progressive, innovative and free-thinking, could all take some measure of inspiration from this mix of Christian Democratic and Social Democratic models. Europe was ‘modern’, ‘go-ahead’, ‘progressive’ and ‘dynamic’ – above all, along with the other two big players in the world economy (the USA and the USSR), Europe seemed to represent the future itself. That future was assumed to be inevitable: as Whitehall’s Future Planning Working Group put it in 1964, ‘although our trading interest and connections will continue worldwide, our economy itself will increasingly become part of the European economy’. Since the economy was going to become more ‘European’ anyway, many reasoned, it should be embraced with as much enthusiasm as possible.

Many of these processes have since gone into reverse. The economy has become more complex, and the interests of many companies have diverged as Britain’s economy has become once again more dynamic, but perhaps also more chaotic. ‘Europe’ is no longer seen as a safe haven from British ‘decline’, nor as the most modern, most growth-orientated, most future-orientated part of global capitalism. Its labour markets and demography seem, on the contrary, more sclerotic than the UK’s. Since Britain finally pulled clear of recession in 2013, it has posted relatively robust growth figures, while the weaker Eurozone countries in particular have been plunged into crisis. Many of the elements of that 1960s social bargain that corporatists such as Davies discerned have disappeared in a series of reforms aimed at making Europe more ‘competitive’.

Now, in an age when political parties have become much less powerful than they were in the 1960s and 1970s, and at a time when David Cameron as Prime Minister is not as popular as Harold Wilson was during the last referendum campaign in 1975, making the case for Europe will fall even more to the institutions of civic society – charities, businesses, universities, trade unions. As the allure of many of the European model’s elements has faded, even that has become more problematical. British business seems much much more divided than it was by the mid-1970s, and that increased ambivalence is one reason why this second referendum on Britain’s allegiance to the European project looks likely to end in a much closer result than the first.

This post is a shorter version of a speech given at the Mile End Institute conference, “Britain and Europe: Lessons from History”, given at the British Academy on 10 November 2015.

Glen O’Hara is Professor of Modern and Contemporary History at Oxford Brookes University. He is the author or editor of a number of books, collected essays and articles on modern Britain, including Governing Post-War Britain: The Paradoxes of Progress, 1951-1973 (Basingstoke, 2012) and (with Tom Crook) Statistics and the Public Sphere, 1750-2000: Numbers and the People in Modern Britain (London, 2011). He is currently working on a new book entitled The Politics of Water in Post-War Britain (forthcoming, 2017). He is a regular commentator for the press on British politics, and he blogs, in a personal capacity, at Public Policy and the Past